Why Blockchain and AI Haven't Clicked Yet 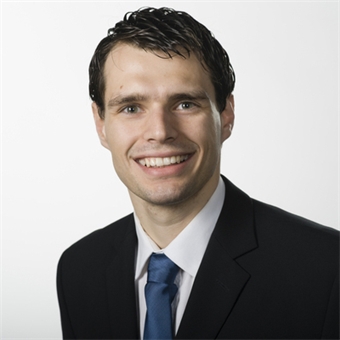 Artificial intelligence (AI) and blockchain have reached the pinnacle of the technology hype cycle, so it’s time to combine them, right?

At least, that is what some commentators seem to think.

But first to the basics: AI, and machine learning, is software that mimics human cognitive capacities and autonomously improves itself. While AI has been around since the 1950s, the exploding processing power and abundant data resources of the recent years have fueled a new wave of optimism. Deep learning – the latest nuance of machine learning – is employed to recognize patterns, write and translate texts, or to let cars drive autonomously.

The blockchain, on the other hand, is a new form of distributed ledger technology invented to power a monetary system aside from banks and governments. This cryptographically-secured, unchangeable, and transparent chain of transaction-blocks enabled digital currencies and a peer-to-peer movement of money. After decoupling the blockchain from the currency-idea, techno-enthusiasts’ imagination ran wild. They attested to blockchain amongst others the potential to transform supply chains, safeguard democratic elections, or enable energy trading.

Recently, cries for merging AI and blockchain to create a presumable super-technology are growing louder. So-called decentralized intelligence or decentralized AI is the next ‘big thing’ in the minds of many tech-enthusiasts. And the narrative is enticing; both technologies power automation (yet both have their shortcomings). Among the most serious, are the data’s integrity and privacy when used for machine learning. If combined, AI would do all the crunching of big data, and the data to be crunched would be cryptographically secured by the blockchain. This could presumably unlock the potential of both technologies.

Yet despite the vivid speculations, up to this day, there are hardly any applications or pilots. In fact, there are not any proposals that go into much detail of how blockchain and AI could be combined.

The truth is that lumping them together is not motivated by real synergy potential or – the way it should be – a business problem, but rather by the hunt for clicks-generating headlines. Here are the three major reasons, why a fusion between the two should not be expected in the short-term.

While many companies claim to be using AI, that is rather a stretch. Often the term is a fancy disguise for predictive analytics and other tools that have been around for decades.

What AI feeds on is big data. Without vast amounts of datasets computer algorithms cannot be trained to “think” by themselves. But big data has only been available recently, and often not in the industries where the implementation of AI would make the most sense. Thus, the technology is not yet ready for prime time.

The situation around blockchain is similar. Most industries are still struggling to find where best to employ this new technology. Some areas such as finance and supply chains have seen the definition of concrete use cases, but even they are busy making blockchain an efficient surrogate for current systems.

There are two large roadblocks ahead. First, while the blockchain-world is converging around a handful of standards, there is still no clarity which platform will eventually come to dominate, and many niches work with chains aside from the large platforms. The second big issue is the compatibility between blockchains. Even when they are built on the same platform, it doesn’t mean that they can communicate with each other.

Another limitation in both technologies is the hardware. AI and blockchain both gobble immense computing resources – processors and electricity consumption are pushed to their limits. In short, neither AI nor blockchain is mature enough to be blended.

Reason #2: Potential use-cases are built without a business problem

The wish to combine AI and blockchain is stronger than the actual need, as can be seen in the potential described by many pundits.

One very common argument is to say that AI data is not sufficiently secure and that it could be hacked. However, most data is not sensitive and thus not worthy of the expensive protection of the blockchain.

Take the Internet of Things (IoT) as an example. All kinds of chip-equipped devices are permanently radiating reams of data, but is the energy consumption of your fridge really information you want to protect at all costs? And the costs can be overwhelming, especially when you are using decentralized blockchains.

Despite the first impression, blockchain and AI are no natural fit. Blockchain’s decision-making mechanism is decentralized, AI’s is centralized. The former is immutable, the latter probabilistic and adaptable. The blockchain is transparent and tamper-proof, the decision-making process of AI is often a puzzle.

Of course, each of these dimensions brings with it advantages and disadvantages. However, the idea to remedy the weaknesses of one (AI) with combining it with an opposite tech (blockchain) doesn’t really work out because it would change the very nature of the technology. If, for example, AI ceased to be probabilistic it would be AI not longer.

A possible road ahead

That is not to say that the two technologies have no synergies, nor that they cannot be combined. But rather than merged, they should be applied sequentially.

For instance, sensitive data can be anonymized on the blockchain and its anonymity safeguarded by the distributed ledger. It could then be run through AI algorithms in a centralized fashion in order to receive necessary insights.

Although their amalgamation still lacks mass-roll-out, pioneering initiatives break ground. DeepMind, a London-based AI startup owned by Google who has access to sensitive data thanks to a deal with The British National Health Service (NHS), after serious accusations of misuse of medical data, announced it will now use a kind of centralized blockchain to ensure a robust audit trail. A public, immutable ledger called the “Verifiable Data Audit” should make visible what data has been used for which purpose by the AI algorithm. The initiative was announced in 2017 and isn’t as advanced as DeepMind had assumed, but it is characteristic for the most likely way to wed blockchain and AI.

The problem is not that the two technologies cannot be combined, but rather that too many innovators in the blockchain-AI complex appear to be the hammer that makes them perceive every problem as a nail. But if the potential is to be exploited, use cases and problems must be crystal-clear. Encrypted number crunching comes at a cost, and with the current state of blockchain technology, there is a big cost differential to traditional databases.

Thus, an AI-blockchain merger is not the be-all and end-all for AI’s shortcomings. Yet once both technologies get more efficient and, above all, once their combination starts to answer pressing business problems, the merge could be done rather quickly. After all, tech behemoths such as Google, Amazon, and IBM are leading players in both fields. Those giants have all necessary resources under one roof – large data centres, armies of coders, and abundant data pools.

AI's Impact on Marketing and a Changing Role for HR