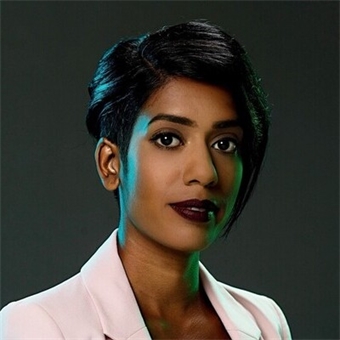 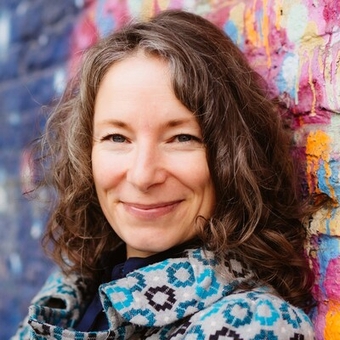 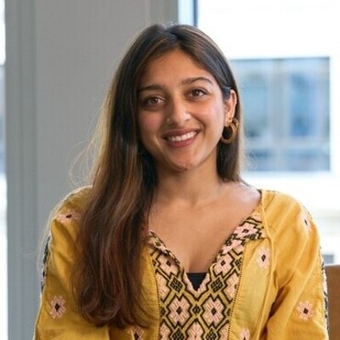 Sam is on a bus

Sam is carrying a teddy bear and wearing pink boots

Sam is so excited to see their granddaughter again

It’s been too long since they’ve seen one another due to Sam’s recent round-the-world sailing trip.

Notice as you read these statements- what happened to your image of Sam in your mind. What gender is Sam? Age? Did these aspects of Sam’s identity change as the statements progressed?

This is your bias in operation. When you read the words ‘granddaughter’ or ‘pink boots’ or the name ’Sam’, your brain automatically gives you more data, to fill in the gaps. This gap filling is based on a set of assumptions, stories, meanings, stereotypes, experiences, that you’ve stored in your brain throughout your life.

Every human is biased. It’s part of how our brain works to keep us safe and efficient. However, when bias is unchecked, it acts like an invisible barrier in our workplaces, creating blockers, and cultures that hold particular people back.

Bias is nuanced. There are many different types of bias and they can have varying outcomes, both in the workplace and our personal lives. We have highlighted a few types of bias to show you how they can differ and their impact.

Unconscious actions are actions we do without real thought or realizing their impact – the act of doing something or behaving a certain way without self-realization. They are almost like muscle memory, where you don’t even have to think about what you’re doing, you just do it. Unconscious actions, when not challenged, breed unconscious outcomes.

The biases we have either for or against people are regularly unconscious and are a product of how we have been raised since children, where we have grown up, who was around us during these formative years, our own personal experiences, who our friends are/were, the media and the lifestyles we and those around us have had. These all piece together to affect how we think and feel about certain types of people.

Unconscious bias can be rooted in a lack of awareness and blissful ignorance and there is an element of absolving those who perpetuate it because they simply ‘don’t know better’.

Unchecked bias means you’re aware of your bias yet do not wish to rectify or change your behaviour or challenge others.

Our unconscious (or conscious) likelihood to get along and bond with others who are like us, in one or more ways.

In the workplace, this leads to a tendency to hire or associate with alike people, which can translate into hiring for ‘culture fit’ instead of a diversity of thinking and working. An example of this is the prevalence of the ‘bro culture’ or ‘men’s club’ in certain sectors, like tech.

This type of bias relates to the systematic errors people make when they’re evaluating their own or other people’s behaviours. Humans are flawed and our biases are no different. A good example of attribution bias is how we view our successes as our doing and our doing only, whereas we tend to blame failures on external influences or people. Or how if someone drives out in front of you, you are immediately angry and think they are a bad driver or a selfish person rushing; however, if it were you, you may use the excuse that you were rushing to get somewhere important.

Many of us will have either heard of or directly experienced this type of bias. Stereotyping is when we assume something about a person because they belong to a certain group. Our brains try to make decisions faster by making these biased connections or assumptions.

Stereotyping can also lead to other social and cultural bias, including the reinforcement of gender roles. We often see this type of bias in the workplace and, despite it being illegal, bosses are still reluctant to hire or promote women because there is an assumption that they have or want children or because they might not stay as late at the office.

What does this mean for women in the workplace?

These biases mean that women’s career growth and progression are hindered by harmful prejudices and stereotypes, thus contributing to the gender pay gap and role gap. The more pervasive these biases are, the more likely women will be forced to leave the workplace or choose lower-paid roles that allow them to attend to their work and personal responsibilities. And if you also add the biases against minority and marginalized groups, women of colour, LGBTQ+ women and women with disabilities are impacted even more.

We know that women experience higher levels of being interrupted, spoken over, having their judgment questioned in their area of expertise and having others comment on their emotional state. We know that more women than men have experienced burnout at work, and at a higher level than a year ago. We know that women were doing more to support their teams during the pandemic but were less likely to be recognized.

These are all examples of bias playing out, creating systems and structures that create barriers and having a negative impact in the workplace.

How to start breaking bias

Bias points to where there’s an opportunity to shift a system or structure which oppresses others. Here’s how you can start challenging and breaking bias:

Breaking bias is not ‘one and done’. This is ongoing work and once you see bias around you, you can’t unsee it (sorry!) and you’ll notice it more and more. However, it is the key to the advancement of women in the workplace; it is intrinsically linked and intertwined into many of our processes, and we can’t continue to do things in the way they have always been done. What has been done in the past isn't working for everyone, so it must be learnt from, broken down and rebuilt.

How to Be a Better Ally