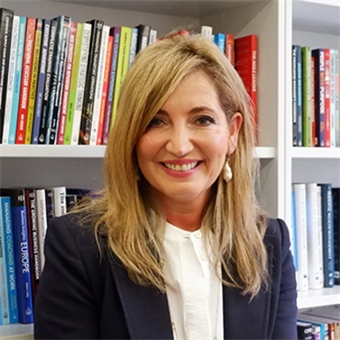 International Women’s Day (IWD) became a global day of celebration in 1967. Coaching as a profession was largely located in the sporting arena at that time but it is very much present and growing in the world of work in 2020.

As a practitioner and a teacher of coaching, I have a deep interest in the power of the coaching relationship to gain greater self-awareness, create new paths for development and address beneath the surface issues that get in the way of flourishing at work. This coaching relationship is a place where gender inequality, struggles to be seen, space to think and plan can be safely explored.

Coaching is for everyone, but I argue here, in the spirit of IWD 2020, that the coaching space is a particularly helpful arena to explore the issues women leaders and aspiring female leaders are facing.

Coaching bridges two key dimensions in contemporary society, the notion of a place to examine the ‘wounded self’ and the ‘celebrated self’. The former looks at the idea of the individual in need of healing, of someone being fragmented or emotionally hurt, this is the home of many therapeutic interventions. The celebrated self, however, connects to the notion of self-belief, to the idea of individual identity that is to be celebrated and considered positively, I’m worth it, etc.

Working life brings with it great demands and stresses, the always-on, constantly changing context of work means that there is a need to address the ‘wounded self’, how can I cope with all that is demanded of me? Yet our identity at work is increasingly public, we have multiple roles, we are expected to be confident, successful and also role models. Coaching gives clients the space to examine both sides of their identity and to reveal their inner fears and concerns that are hidden at work. To provide a safe space to be vulnerable.

There is a challenge in considering different coaching needs for women leaders; Leaders are not defined by their gender and leadership qualities are not dependent on your sex.

We are reluctant to name the difference and in so doing limit the dialogue and activity around the development of female leaders. And yet, research suggests a need for a gender perspective in coaching women. To mitigate the male norms of leadership identity and to lead with authenticity. There are inevitably critical stages in a woman’s career that can involve greater challenges and choices linked to childbearing years. This might involve a mid-career relaunch at a time when contemporaries have progressed into different roles.

The chief executive of the Chartered Management Institute (CMI) this month called on companies to dissuade employees from talking about sport as it might exclude women. There are so many things about that statement that are challenging. Women like sport. Women can talk about sport. Not all men like sport. Not all men want to talk about sport. Yet the essence of Ann Francke’s message speaks to a narrative of power that is relevant. If decisions and influence are decided outside of the boardroom, in the past in the pub or on the golf course, in traditionally male environments where is the female voice heard?

This is not as outdated as it might seem. Many women clients talk about assumptions made about their motivation and abilities, to travel, be promoted, take on new work because they are also mothers of young children, or caring for elderly relatives. I have yet to coach a male client who feels that his parenting or caring commitments are influencing the way he is treated at work.

The way women express themselves matters

There is a language of power. Women suggest, have an idea, say that they have been thinking about something. Men create narratives and deploy; they are more likely to say, “this is our way forward… this is what must be done”. And the power narrative tends to be adopted more by alphas, often males, and the female leaders with more inclusive and gentle language can be overlooked.

It is not possible to avoid the discourses that shape our inner and outer worlds. The norms of acceptable speech and expression have led to binary gender differences. Consider your responses to the following descriptions:

She is a sensitive woman

He is a sensitive man

The bias we need to become aware of may be deeply buried, it may cause us to self-limit and become harsh and self-critical. There may be a greater gratitude for achievements, explained away by luck or opportunity. Ambition may be seen as a dirty word. Coaching provides a space for clients to rejoice in what has been done well. To speak candidly about achievements. To celebrate success without fear of being called a diva, or an egotist.

We know that leadership diversity makes sense. Voices of leaders with different perspectives is vital, the echo chamber of a single expression of leadership is dangerous and outdated. The feature of diversity in senior leadership that celebrates the way in which women build their case or arguments, building on the previous element of the case and working forcibly together, the danger that men can tend to build on their own and present something that is complete. Diversity itself is a fundamental virtue.

Should coaching be gender-neutral?

Are the interventions that are relevant for a leader applicable to all clients, male or female? Coaching has its place in supporting women in taking up their leadership positions (Leimon, Moscovici & Goodier, 2011). Work on coaching women to lead may examine confidence, networking, role models, balancing career and family, building resilience, developing presence, developing a unique leadership style.

Within the coaching relationship, there is space to explore, to consider the life you want to lead. Success may be about achieving a certain position and status, a degree of financial security but it may equally prioritize a flexible way of working, an ability to be present for key family moments, for there to be time to reflect, to grow and to think.

Gender diversity achievements are many. But there is so much more that is possible. Coaching is one way to help.

Too Fast to Think: An Interview with Chris Lewis

How to Find Your Dream Impact-focused Job