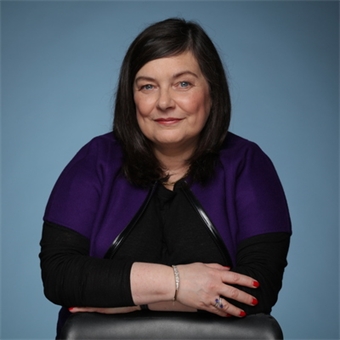 In the week that I was asked to write this piece, I was named as one of 35 ‘stand out’ women on the Women in Fintech Powerlist. While it is always nice to get recognition for one’s work, I found the Innovate Finance Venture Capital Investment Report that went with the announcement a little depressing. According to the survey, just 3% of venture capital investment in the UK went to firms led by a woman in the past year.

While depressing, this statistic was also not a huge surprise. I still have vivid memories of trying to raise finance for Starling Bank when I was trying to get it off the ground back in 2014. After trawling from one venture capital firm to the next, both in the UK and US, I very quickly realised that investors like to invest in people who look just like the people they have already invested in. Since the vast majority of those investments were with men, the odds were not in my favour. If that were not frustrating enough, many investors also decided that perhaps I needed to be ‘set straight’ about what a ludicrous undertaking I was proposing.

‘Raising money is very difficult,’ I was told more than once. No kidding.

For an additional kicker, my interlocutor might occasionally also add: ‘You are not [insert name of successful male entrepreneur here].’

My route to acceptance in the male-dominated world of Fintech didn’t miraculously become smoother once I did secure significant investment. In fact, executives from across the financial sector are still incredulous that a woman could be at the helm of a large Fintech. As the CEO of Starling Bank, I regularly attend events, functions and award ceremonies. Even now, I still get asked who helped ‘get me’ my job. This is the point that I always need to take a deep breath because I know that when I gently explain that I actually founded the business, they will still have trouble understanding me.

If I am being kind, I would say that we can’t entirely blame others for this unconscious bias. When I look around me at these events, I am still one of the few senior female executives in the room. It is hardly surprising that such attitudes prevail. My success in this sector is still far from the norm.

What can we do to make it better? Well, I would encourage any woman to do what I did and persevere. We need to fight hard from within, go for those top positions, demand the same treatment as others and never, ever give up. I am convinced that if we all do this, the message will eventually filter down the chain to the benefit of everyone.

It’s not always easy, but nothing worth having ever is. I was lucky that I came from a long line of strong, determined women who were all highly entrepreneurial. The prevailing view in my house was: if you want to succeed, you had better knuckle down and get on with it. It helped too that my father, Jack Boden, never considered things in black and white terms. He encouraged me to pursue any opportunity, but never pushed me in a particular direction. The interests I pursued were my choice. He also gave me all the tools and encouragement I needed, including spending hours waiting patiently outside Swansea Central Library while I meticulously researched whatever subject had taken my attention at the time.

It wasn’t until I studied Computer Science at Swansea University that I experienced my first taste of casual sexism. When discussing career choices with a tutor, he said somewhat pointedly: 'well, if the work I have seen you do is actually your work, then you may have a chance.' Rather than argue with him about the remark, I decided to prove my point with actions instead.

I chose banking as a career for no other reason than the fact that the salary for graduates was generous and I wanted a job where I could take a briefcase to work. The briefcase part might sound odd, but the reality is I just wanted to be part of the business world. My somewhat short-sighted tutor aside, I never really considered that I would have to work harder to prove myself because I was a woman. Once I began working in a bank and I saw that all the junior positions were filled by women and all the bosses were men, the penny began to drop. However, I didn’t get paranoid about it. My dominant character trait is that when someone says something is not possible, or just ‘not done’, I always redouble my efforts to prove them wrong.

For the most part, I have been fully supported in my rise up the banking career ladder. I have been fortunate to have worked with some truly inspirational people, both male and female, along the way. When people are this talented, it makes no difference to them what gender you are. They fully understand that it is the work that you produce that speaks volumes. I have, sadly, seen plenty of ongoing instances of discrimination along the way. The recent studies on the gender pay gap show that there remains a very long way to go. On the plus side, no one talked about things like this a few years ago, so we are heading in the right direction.

The only way to improve things is to relentlessly work towards a better, more positive situation. When it comes to encouraging balance in Fintech, amongst other things, venture capital investment becomes more equitable, something that we could all consider is the language we use about financial matters. After launching Starling Bank, I became very aware of how common it is to pigeonhole women when it comes to money. You know the sort of thing, the media invariably divides the sexes with evocative language which portrays women as frivolous, impulsive spenders, or ‘splurgers’, in tabloid-speak. Men, on the other hand, are described as canny savers, or adept financiers. The underlying message is clear: a woman’s economic contribution is less important and they are inherently less astute in managing finances. Clearly, any rational person would know that, in reality, our sex has very little to do with our attitude to money. I can also affirm that our data as a bank attests to this: there are no differences in the way men and women use their cash. It is quite possible that the widespread adherence to these outdated, sexist tropes is playing a part in the struggle for investment that female-founded Fintech start-ups are experiencing. If investors are being taught that women are intrinsically less reliable, it is bound to have an effect. Once again, we can all play a part in getting rid of these damaging stereotypes.

Women need to be resilient. The only way to succeed is to work hard, believe it can be done and to keep moving forward, despite the knockbacks. There is at least one positive upside about the unconscious (and more overt) bias; the filtering process to get a business off the ground is so tough that the women who do get through are the very best, and are equal to or better than all-male teams of founders. Women always build the very strongest businesses thanks to the constant challenges they face. That is something worth having and their success will bode well for the women that follow behind.

I would advise any woman seeking a career in Fintech to keep moving forward, support others, speak positively and be careful about their choice of words. It will have an effect and I look forward to the day when it is no longer remarkable that investment has been awarded to a female entrepreneur, because it has become the norm.