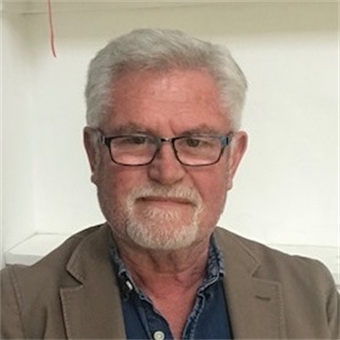 Over the next five years, oil will remain the mainstay of the global energy system. However, it is forecast by the International Energy Agency that global diesel demand from commercial vehicles will drop by 3 million barrels per day by 2030, equivalent to 40% of today’s demand.

Natural gas alternatives such as CNG and LNG will make inroads. Similarly, biodiesel and bioethanol will remain partial substitutes. But neither of these alternatives will make a significant dent in the dominance of oil.

Vehicle manufacturers will have to develop modifications to current powertrain platforms to use natural gas products, and energy distribution suppliers will have to make a significant investment in refuelling infrastructure. Remember it took 50 years for factories in the 19th century to convert from steam to electric. The use of battery electric vehicles makes a lot of sense in cities, operating over relatively small journeys and returning to base regularly.

The global sales of commercial vehicles in the major markets of USA, Europe and Asia/China was 2.7 million in 2017. Globally, electric trucks are forecast to account for 15% of truck sales by 2030. Most battery electric vehicles can achieve cost parity with diesel-powered trucks within the next 10 years.

The most cost-effective segment is the light-duty truck that drives less than 200km per day and so avoids high battery cost. There will be a clear economic benefit for using BEVs as soon as they are available on the market. The heavy-duty truck segments will be the last to reach parity with current diesel versions in Europe.

However, the real challenge in the short term is for industry and government to collaborate on developing a better infrastructure to enable a profitable and sustainable logistics and distribution supply chain to evolve.

Imagine an infrastructure policy, driven by the UK government’s clean air policies, that is capable of re-imagining automotive manufacturing plants as ‘freight ports’. Freight ports would be regenerated industrial and distribution hubs, sited on the edge of clean air zones. They would incorporate recharging centres for EVs, re-cycling centres for older internal combustion-engined commercial vehicles, battery manufacturing and storage, and carbon capture, all supported by a solar energy plant.

The Honda site in Swindon is around 400 acres. One of the largest solar power plants is in Oxfordshire and occupies 125 acres and produces enough power to electrify 10,000 homes.

Regenerating the Honda site on half its land with a solar-powered infrastructure supporting the development of the logistics, distribution and manufacturing industries would be a realistic option going forward.

The same applies to 10 to 12 automotive plants in cities in the Midlands and north of England. As an alternative to a third Heathrow runway or HS2, this would have an incredible impact on jobs and the environment at a fraction of the cost of two projects that were first discussed over 40 years ago.

The future of public/private investment plans will emerge from this kind of integrated planning and thinking. A great example is what Birmingham City Council has endorsed via their Energy Innovation Hub at the Tyseley Energy Park.

In the first phase, £47 million was invested into a 10MW waste wood biomass power plant supplying tenants across the 16-acre site with renewable electricity. Phase two is the UK’s first low and zero-carbon refuelling station. Strategically located between the city centre and Birmingham airport, this station supplies public and commercial vehicles with a range of sustainable fuels that reduce emissions including hydrogen from ITM Power, commercial-scale electric chargers, compressed natural gas from CNG Fuels and drop-in biodiesels such as Shell GTL fuel from Certas Energy.

The next generation of waste reprocessing technologies will be developed in phase three, using clean energy linked to city-wide grid infrastructure. The power generated within the site will be from renewable sources including the biomass plant on phase one and the energy from waste plant planned for phase three.

The road to zero emissions will depend enormously on cities to actively shape the future of urban mobility. To be successful they will need to design and implement an integrated mobility strategy that addresses a future transport ecosystem through relevant partnerships, actively manage traffic and consumer demand and ensure fair and balanced competition.

The Road to Zero Emissions

How to Develop a Decarbonization Strategy for Logistics

Climate Change Challenge for Logistics: How to tackle It