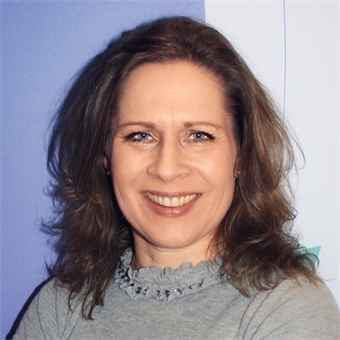 Gender equality is a pressing issue across a multitude of sectors, including Learning & Development. Even with a number of successful women in the field, it is still important to have movements and collaboration between those in the industry.

The topic of women in learning has long been discussed at Learning Conferences, starting in around 2011 with the topic of Women in Leadership at Elliott Masie’s Learning 2011 conference. The trend continued in 2013 with sessions offered at L&D events titled Women in Learning and in 2015 the topic headed to the UK.

In 2019, #WomeninLearning was co-founded and on International Women’s Day (IWD); this initiative deserves to be in the spotlight.

I always considered myself lucky throughout my career to not have experienced many situations of being treated differently because of my gender. However, it wasn't until I started attending #WomeninLearning sessions that I realized there have been instances where I have been treated in a patronizing way, which I had previously overlooked as 'normal'.

For example, at times when I was angry or frustrated, the response (from male colleagues) had been: "I can see you're upset". Instead of focusing on the content of my message, the focus shifted to my emotions. But this is only my story.

Every woman has her own story, from relatively innocent to truly shocking, and these stories all need to be told. But that's not the only reason why Women in Learning is important. What's even more important is that as a group, we support women to achieve their best. Don't get me wrong, this is not just about women supporting women. #WomeninLearning has received tremendous support from men as well and that gives hope for the future.

Sharon Claffey Kaliouby, who is, together with Kate Graham, the co-founder of #WomeninLearning, explains a bit more about the group and shares some stats to demonstrate that we’re still dealing with gender inequality in learning...

The current stats (based on research carried out by Donald H Taylor – you can follow the links to read more about the context of the research and some caveats around how to interpret the data) from 2015 are not good (2 -3 women enter learning to every 1 man – yet the results flip in reference to leadership roles). Sadly, the numbers were not better in 2018.

The drive for gender diversity is not just a nice/right thing to do – it is a profitable thing to do. There is a US investment strategy – the SHE Index that is an illustration of this.

Sharon's goal is to support awareness of gender equality and to create an environment committed to a more diverse future – we can only do so through research-led case studies – which is something I'm proposing to do.

#WomeninLearning is doing a lot to support women from a multitude of backgrounds. But in the meantime, here are my top three snippets of advice for women you may be struggling to make themselves heard in the workplace:

1. Seek support/help/advice. There are always people willing to stand by you and help you to be heard.

2. Find different channels to share what you want to be heard for.

3. Be yourself. Be authentic and genuine, always.

Mirjam NeelenPaul A. Kirschner
From £31.99