Ethereum’s Transition to Proof of Stake Protocol: What It Means for Supply Chains 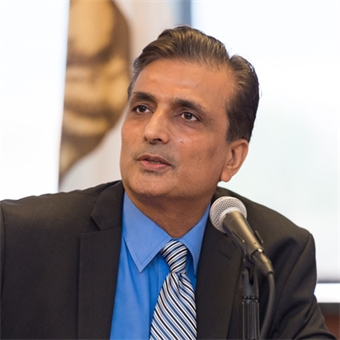 In February 2019, the Ethereum blockchain successfully implemented Constantinople, a long-awaited hard fork. Performed at block 7,280,000, the Constantinople upgrade introduced five EIPs (Ethereum Improvement Proposals), thus making Ethereum a bit more efficient and scalable. More importantly, it paved the way for Ethereum’s transition from a Proof-of-Work (PoW) toward a Proof-of-Stake (PoS) consensus mechanism – a multi-phased process to be rendered complete during the system’s final upgrade called Serenity, the date of which is yet to be decided.

For those who are new to blockchain, a blockchain based on the PoS protocol offers vast improvements over one based on PoW in terms of speed, energy efficiency and scalability. We will visit the reasons later in the blog.

For supply chain practitioners, the event holds greater significance because this is the boldest step yet taken by a major blockchain network to implementing a protocol that can dramatically boost enterprise and consumer adoption of blockchain technology. Even more, it will potentially prove to be game-changer for supply chain use cases for IOT-Blockchain-enabled platforms. Let’s look at some basic concepts to illustrate this point.

To add to an oft-quoted phrase, what Bitcoin is for money, Ethereum is for contracts and decentralized applications (dApps). Ethereum’s co-founder and inventor Vitalik Buterin, in the introductory whitepaper released in late 2013, described the foundational layer of Ethereum as a blockchain “with a built-in Turing-complete programming language, allowing anyone to write smart contracts and build decentralized applications.”

Ethereum’s ability to write smart contracts, that is, a pre-programmed contract that can be performed without an intermediary, provided a vast improvement over Bitcoin’s underlying blockchain script. In doing so, it also expanded the scope of blockchain use cases for supply chains beyond traceability to include functions that involved complex, multi-party transactions such as compliances, supplier management and supply chain finance. Ethereum’s dApps offer tools to developers to build truly decentralized, trustless, consensus-based platforms.

That is why Ethereum’s roadmap to the adoption of Proof-of-Stake consensus provides an informed perspective of the evolution of supply chain use cases. By all means, the given turn of events portend a greener and brighter future for supply chains empowered by blockchain.

Proof of Work vs. Proof of Stake

‘Proof of Work’ (PoW) is the prevailing consensus mechanism for crypto-currency blockchains. A PoW mechanism requires participating nodes called miners, to solve computationally-intensive mathematical problems to be chosen as validators of the next block. Miners get rewarded in cryptocurrency units for each validated block. Computers that perform the ‘work’ consume a vast amount of energy. A recent Nature Sustainability report estimated that,  during the first half of 2018, the mining of Bitcoin, Ethereum, Litecoin and Monero consumed more energy than the mining of all the minerals (except Aluminum) globally, and was responsible for 3-15 million tones of CO2 emissions.

Furthermore, the energy-intensive PoW mechanism has mostly confined mining pools to regions that provide state-subsidized electricity rates – most of these areas produce electricity largely from fossil fuels. PoW’s dependence on hardware-generated computing power has helped develop China into a crypto-mining superpower, and not for the right reasons – China’s mining pools, mostly fueled by coal-fired power plants, account for about 70% of Bitcoin network’s mining hash power. As for lesser-valued Ethereum, a recent CNBC report said that the rising cost of mining and the sliding rate of Ethereum have meant that the task of mining Ethereum is no longer profitable. Such a scenario makes the PoW system more susceptible to a potential Tragedy of the Commons, thereby likely precipitating the dreaded 51% attack in which a miner or a mining pool controls more than 50% of the network’s mining hash rate or computing power.

The founding team of Ethereum had sensed the old-protocol-induced crisis coming from afar. Within a few months of Ethereum’s release, Buterin was advocating the shift of Ethereum away from PoW, to Proof of Stake that calculated the weight of a node as being proportional to its currency holdings in the network. There would still be an economic barrier – only the form of it would shift from physical to virtual.

Proof of Stake (PoS) was introduced in 2012 to solve the problem that is plaguing the mining community today –high energy consumption. Proposing an alternative method called ‘staking’ i.e. choosing nodes based on the number of coins held by an individual, the PoS inventors aimed to move the mechanism to a virtual platform, which would not only make it consume less energy, it would make it more accessible, cheaper and more scalable. PoS validators are not awarded in crypto-currencies. Instead, they are paid a transaction fee determined by the network.

In addition, PoS makes the 51% attack more unlikely as it has in-built mechanisms to deal with the attack.

Crypto pundits point to an inherent flaw that a security-deposit-based protocol brings into the network – a wealthy miner could make a majority of future blocks, therefore cornering all the transaction fees. To avoid this, a network can put a cap on the number of bets or the value of stake, since PoS is essentially a network-deterministic model. To address, prevent and punish malicious elements, Ethereum will implement a PoS protocol named Casper.

Transforming supply chains with the use of blockchain is an idea that has grown fast and furious during the last four years. The credit of discovering its enterprise use must go to IBM.

In 2014, at a time when the cryptocurrency ‘Bitcoin’ was gaining notoriety for its ability to enable deep-web transactions, its underlying technology – blockchain – piqued the interest of researchers at IBM. As Arvind Krishna, director of research, IBM recounted to The New York Times, the team working on the technology saw blockchain as “a new way of tracking shipments and transactions in supply chains of all kinds, from food to prescription drugs to diamonds. Because all the participants would be keeping their own live version of all the data, without a central authority, they could immediately see everything that was going on and trust that no one else had tampered with it.” That was Mr Krishna’s aha moment. He called it a “technology that can change the world.”

IBM applied the technology to its own supply chains of IT infrastructure and services and managed to free up nearly $100 million of working capital and brought down the dispute resolution time by a factor of four.

Soon the idea, fuelled in part by IBM’s sharing of its on learning and technologies, drew in global enterprises including the top Fortune 500 companies that have since joined the quest to use blockchain to transform their supply chains. Walmart is working on a food safety blockchain solution that will expeditiously pinpoint the source of contamination in its supply chain. Maersk has partnered with IBM to launch TradeLens, a blockchain-powered solution for cross-border shipping and logistics. Unilever, Pfizer, Carrefour and numerous large multinationals across pharma, automotive, FMCG, aviation, retail, aviation and many more industries are developing supply chain use cases for blockchain.

Industry experts have raised concerns about the real-world applicability of blockchain in supply chains and they have a point: while global supply chains are abuzz with dazzling estimates of cost and efficiency improvements but there is little to show on the ground, beyond a few examples like the aforesaid IBM’s asset management project.  That is because the industry is still grappling with blockchain’s biggest problem: scalability. The spectacular success of trailblazing tech as IoT and AI, for example, has been driven by users – consumers and businesses – who have been able to adapt them to scale.

On the other hand, the current trend of development of blockchain solutions for supply chains is being driven by large enterprises such as IBM and numerous consortiums, often formed by rival groups such as TradeLens and GSBN.

A blockchain solution that can truly transform supply chains will allow for multi-stakeholder supply chain ownership. A solution that is open and neutral to the participation of entities along all the nodes of the supply chain, even those with competing business interests, who can share data and perform trust-less transactions without having to rely on a central point of governance or dedicate vast amounts of resources to compete for consensus.

Existing blockchain technologies work on different consensus protocols beset by one or other set of limitations.  For example, Hyperledger, started by the Linux Foundation, and a popular platform for enterprise supply chain use cases, employs network-regulated voting-based algorithms for peer consensus. On the other hand, Ethereum, a tokenized blockchain system more amenable to cross-enterprise supply chain implementation for consortiums or MNCs, employs the energy-guzzling proof-of-work protocol.

Let’s consider some use cases to see how PoS can facilitate scalability. Presently, the shipping industry has a number of blockchain projects that have the common aim of reducing operational costs. These projects include TradeLens, Global Shipping Business Network (GSBN), and others led by Samsung, APL, and Kuehne + Nagel. Since rival shipping liners refrain from joining one or the other project, the shipping industry’s solution has been to form independent advisory boards to encourage pan-industry participation. That hasn’t worked.

A better solution would be the introduction of a PoS protocol. For the sake of brevity, let’s take a simplified example of how that would work: rival container shipping companies, say Maersk, CMA CGM and Hapag Lloyd, instead of relying on committees or advisory boards for permission, would simply acquire stakes, issued in the form of tokens, to be able to participate in the network. (A detailed explanation would illustrate how the implementation of PoS would seamlessly accompany vastly improved data privacy and fault-tolerance mechanisms). Ditto for any stakeholder, big or small, that operates at any point across the supply chain and wants to be a part of the network. Result: a win-win solution for all the stakeholders which would also benefit customers.

Consider the food retail industry. Currently, there are various blockchain projects underway, involving one or more corporations, which have different or overlapping goals – the reduction of food wastage, improvements in traceability, sustainability, speed, costs and efficiency. The PoS protocol will enable harmonization of these various blockchain networks, making it possible for any stakeholder in any allied industry in any part of the world to participate and contribute to the betterment of global food supply chains.

Even for blockchain projects within global corporations such as Unilever, Walmart, and Toyota, permission-driven standards deter medium and smaller businesses down the chain, located in different parts of the world, from participation because of concerns of regulation and data privacy. A standardized, battle-tested PoS protocol would ease such concerns.

The evolution of other disruptive technologies such as Robotics, AI, 3D Printing, IOT, autonomous vehicles has been spectacularly fast. Blockchain, on its part, has not been able to keep pace with them as it is hemmed in by limitations of scalability, energy consumption, and standardization of the existing blockchain technologies.

Ethereum’s decisive move to a virtual-mining-based protocol is a significant step that will augment its evolution and help blockchain join other fast-evolving technologies to truly transform today’s supply chains.