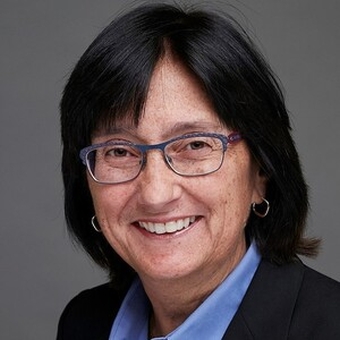 To be fair, the same can be said about you and me.

The truth is, humans commonly cruise along on autopilot and make about 95% of our decisions with little to no thought. We are hardwired to conserve mental effort. As a result, over the millennia, humans have developed certain automatic, instinctive behaviours. When we encounter a situation, or what a scientist would call a stimulus, we simply default to these decision-making shortcuts. Boom! Decision made. Little mental energy expended.

As handy as this may be for humans overall, it does present a problem for the ones who work in marketing. If our customers and prospects aren’t thinking when we market to them, how can we convince them to make the decisions we want them to make? How effective are those lists of features and benefits? That painstakingly polished sales argument? That explanation of all the advantages your product or service delivers?

Nowhere in the persona writeup or customer segmentation description did it mention that the target is likely on autopilot when they encounter our marketing message. That bit of information changes everything. At least it should.

Create marketing messages that take advantage of how the brain really works.

It’s time that marketers adopt a new approach when developing strategies and creative executions. One that factors in the decision defaults that customers and prospects routinely rely on. In short, it’s time to use what science has proven about human behaviour in order to influence it.

Because you now know that people rely on decision-making shortcuts, you can use this information to your advantage. You can create marketing messages that trigger these automatic responses. Both scientific research and in-market tests confirm that how you frame and phrase your message can make a huge difference in terms of how people respond to it. The key is understanding these hardwired decision defaults, so you can draw upon the behavioural science principle most apt to deliver the behaviour you seek.

If this is starting to sound like a silver bullet, it’s not. The truth is, no marketer can convince someone to do something they’re dead set against. But that’s not what you’re trying to do. You’re trying to get people who could benefit from engaging with you to do so.

Put any marketing message out there and it will immediately resonate with some of your targets. You will have provided just the answer they were looking for. Another part of your target will actively dismiss your message. You won’t be for them, because they’re locked in with another provider, or they don’t have the budget, or they prefer their current solution or some other legitimate reason.

And then there’s the third group. These are the people that are up for grabs. With a little luck, they could be yours. You create that luck when you add behavioural science to your existing marketing best practices because that addition will help you:

Behavioural scientists have identified hundreds of principles that impact what people do. Many of them influence what a person will read, whom they will trust and when they will buy. The following are just three examples that demonstrate this.

Von Restorff Effect: Research has shown that people notice and remember things that are different from their surroundings. For our early ancestors, this was invaluable. Each day that they woke up, scanned the horizon and found things looked the same as the day before, was a day they could feel relatively safe. But when something new was introduced into the environment, or when something went missing from it, that could pose a threat. And in those days, that threat could be of the life-or-death variety.

Now, all these years later, humans are still hardwired to notice the thing that differs from what’s around them. In one experiment, researchers showed participants a list of eleven car brand logos and one fast-food brand logo. Shortly after, people were four times more likely to mention recalling the fast-food brand than the car brands.

So how does a marketer use the Von Restorff Effect? Imagine, for example, that you’re writing email subject lines. You could:

Using these tactics will make your email different from most of the ones in your target’s inbox. And as you now know, people are hardwired to pay attention to things that are different. Additionally, in-market testing has shown that each of the above tactics increases open rates.

Rhyme as Reason Effect: Behavioural scientists have found that rhyming phrases have a surprising impact on people. Those phrases come across as more credible and believable. This is because it’s easier for the human brain to process words that rhyme. And when it’s easier for the brain to process something, it feels right. When something feels right, it’s not a big leap to assume that it is.

In one experiment, researchers exposed people to two phrases that convey the same information: “Woes unite foes,” and “Woes unite enemies.” People judged the first iteration to be the more accurate and truthful one, indicating that not only are rhyming phrases more memorable, but marketers can use them to make information feel more credible.

Arguably, one of marketing’s most-known and most effective rhyming lines is for coffee: “The best part of waking up is Folgers in your cup.” At the time the company launched this line, they were a distant second to the market leader. The line is credited with helping Folgers close the gap and eventually assume the leadership spot.

So how can you use the Rhyme as Reason Effect in your marketing? Use rhyming phrases in your company’s:

For example, your call-to-action button copy could say “Don’t delay, sign up today.” Or you could craft a benefit-oriented tagline, such as the well-known insurance company one, “Nationwide is on your side.”

Autonomy Bias: Human beings have a deep-seated, innate desire to exert some control over themselves and their environments. Behavioural scientists refer to this as Autonomy Bias and some believe there is a biological basis for it. In other words, we don’t acquire our desire to exercise control, we are born with it.

One thing that makes us feel that we’re in control is having a choice. In one experiment involving the purchase of DVD players, researchers found that providing people with two options nearly quadrupled purchase intent versus providing only a single option. With one option, people have nothing to compare it to and often delay their purchase decision. However, when options are offered, the question changes from “Do I want one?” to “Which one do I want?”.

What are some ways you can use Autonomy Bias in your marketing? Here are a few:

Adding behavioural science to your marketing will increase the likelihood that your customers and prospects will do what you want them to. Since people often aren’t thinking, marketers should design their messages with prompts that help targets make the right decision.

As Dr. Michael Hallsworth, Managing Director, North America for the Behavioural Insights Team, has said, “We’re sending the message anyway, so why not send a message that will be more effective and get better results for the same cost?”.