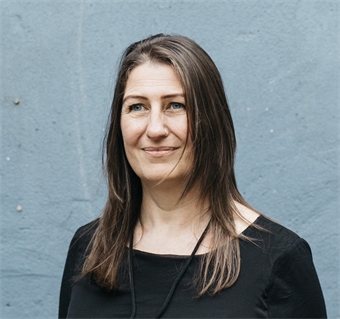 It is fair to say that over the last two or three years, Bitcoin and other cryptocurrencies have become mainstream.

With publicly traded companies keeping Bitcoin on their balance sheets and mobile apps making the purchase of digital currencies as easy as playing Candy Crush, awareness of digital currencies has permeated the world’s consciousness, and it is now estimated that 11% of Americans now own Bitcoin, even if it is only a few dollars’ worth in many cases.

However, what is less well known is that blockchain technology is also being used for the creation and sale of many other types of cryptoasset, especially in the burgeoning intersection of video gaming and digital art.

Now that much of the world has spent a big chunk of the last year in varying stages of lockdown, one of the innovations that has seen growth and development is virtual reality (VR).

When most people think of VR, they think of immersive game worlds, but in fact, VR and its relative AR (augmented reality) have many non-gaming applications, such as training engineers to maintain wind turbines in remote locations, performing surgery and - increasingly - social networking events.

Ownership is complicated, and perhaps it takes digital assets to make us realize that our relationship with objects is actually more complex than it first appears.

In the physical world, objects can be stolen and their provenance difficult to prove. There is a reason for the common expression: ‘Possession is nine-tenths of the law’. Say you own a vintage coffee table, or an electric hand-saw. You possess a receipt that was written or printed to validate your ownership. What then happens when someone comes and physically removes that item from your home or workplace?

Something does not need to be moved from one location to another in order to be stolen: land disputes remain surprisingly common. In fact, decentralized data structures such as blockchains can have an important role in tracking provenance and ownership, but this is not what this post is about.

If tracking the ownership of physical goods is out of scope, at least for now, let’s first think about purely digital goods: a house that you own in Second Life, a store of turnips in Animal Crossing, a CryptoKitty (collectible cartoon cat registered on the Ethereum blockchain) or a block of land in Decentraland (a blockchain-based virtual world-building game).

As computer games have moved from simple text-based interfaces to complex, visually rich worlds in which our alter ego is limited only by our imagination and that of the game designer, there has also evolved a necessity for a parallel system of ownership in these virtual worlds which is as good as — or better than — our ownership systems in the real world.

Ownership goes hand in hand with the need to make payments in order to buy and sell our not-quite-real possessions. Here, I’m using games as an example, but the principle applies to any kind of non-physical setting: a virtual trade fair, for example, where a VR conference centre is set up with booths and one’s avatar can walk between them and make purchases or deals of any kind.

Copying material from digital media in order to consume it without payment or to pass it off as one’s own for profit has always been one of the barriers to the recreation of ownership and payment mechanisms in the digital world. A book can be copied and uploaded; an image or a video can be downloaded and either replicated wholesale or used to create deepfakes.

However, the evolution of Bitcoin and other cryptocurrencies has reframed our understanding of purely digital assets that have no corresponding presence in the physical world, and blockchains - the technical architecture that underpins cryptocurrencies - can provide a solution for proving digital ownership.

Just as Bitcoin solves the double-spend problem (how do I know that the payment I have just been sent has not also been sent to someone else?), we need a robust system for proving irrefutably that the asset I have just purchased is the original artwork I was promised, rather than one of several million copies, or that the sword or tank that was used on a particular Twitch stream is the original digital representation and not a copy?

Apart from the sentimental — or excitement — factor, it is scarcity that adds value. Just as Stradivarius violins or Picasso paintings reach astronomical prices not only because of their quality but also their uniqueness, one of the factors determining currency exchange rates is the number of units of that currency in circulation; something becomes worthless if the market is flooded. We thus see that it is important to be able to identify objects in the digital world in a way that makes them unique — and even better, recognized as unique even outside the confines of the game itself.

This idea that a digital artifact can be as unique as an item in the physical world and not simply able to be copied is something that can be difficult to comprehend, as is the idea that a digital asset within a game, for example, can be owned whether or not you are engaged in the game at a particular moment in time, or that a computer-generated artwork is owned by you, even if the particular laptop or phone on which you originally viewed or downloaded it is no longer yours.

This ability to assign an identity to a specific digital object, regardless of the context in which it is viewed or used, is entirely dependent on the idea of decentralization.

Traditional computer games did not solve this problem. Owning an asset in Second Life is more like going to a bowling alley and owning a particular pair of bowling shoes, which are reserved for your use while you are there. You may be able to sell them to another customer under particular terms and conditions laid down by the bowling alley, so that they, instead of you, would have the right to wear them inside the bowling alley. However, if you try to remove them from the premises, customize them in a way that has not been agreed or use them as collateral to raise money, the bowling alley retains the right to destroy or confiscate them.

And if the bowling alley ceases to exist or if its records are destroyed or it is taken over by a company that does not operate the same kind of agreement when it comes to bowling shoes, you risk losing access to your shoes. You may be eligible for some kind of compensation in these circumstances, but the ownership of what you perceived as ‘yours’ has been revoked.

This is clearly a suboptimal type of ‘ownership’ which would not satisfy most people in the physical domain, and suggests that we need to establish a process that more closely mirrors the real world, and even improves on it.

For all the hype around blockchains and other decentralized data structures, this is genuinely a case where their underlying architecture can facilitate entirely new possibilities.

Hence we have seen a growth in the popularity of non-fungible tokens (NFTs), a type of digital asset registered on a blockchain that can be used to represent unique items that are completely distinct from one another, and which thus represent digital scarcity or rarity, in the same way a signed painting or a dress that was worn by Marilyn Monroe have value in the physical world.

NFTs can be used in blockchain-based game worlds such as Decentraland or The Sandbox, but they are proving increasingly popular as collectibles outside a gaming context.

While it is tempting to see crypto-collectibles as the province of a few nerdy gamers, the sums of money involved suggest otherwise. CryptoKitties, a game in which participants ‘breed’, buy and sell cartoon cats, became so popular that the rarest kitty sold for more than $160,000. And the latest buzz in NFT collectibles is around the long-running CryptoPunks collection, from which a 24-pixel x 24-pixel cartoon recently sold for more than $170,000.

With more and more artists from the non-crypto space entering the world of NFTs and collectibles, and game developers pushing the boundaries of VR, it is hard to dismiss this entirely new market - fusing technology, art, gaming and investment, as simply a short-lived bubble.

As the digital and physical worlds become more and more enmeshed, we need to think about new ownership structures for digital assets, and it is worth keeping an eye on this fast-moving evolution.