Quack Management - What can Business Learn From Medicine? 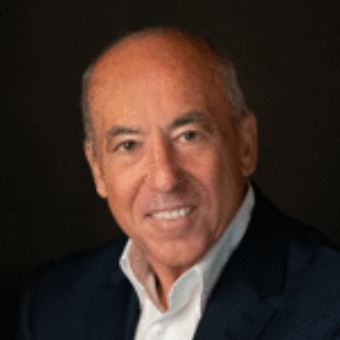 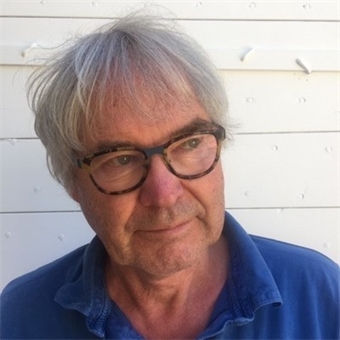 Imagine medicine without experimentation, or pharmacology without clinical trials.  In fact, of course, it’s easy to do so.  For most of history, people relied upon quack medicine for the treatment of disease and the protection of their health.  Bloodletting, opiates, arsenic, lobotomies, electric shock treatment, and so on.

The story of medicine is the story, in part, of snake oil and fake cures in which the unwell were persuaded to place their faith.  For centuries we trusted in physicians, faith healers, health experts, witch doctors, clairvoyants, priests, and many other authority figures to know what was in the best interest of our health.

It is only within the last century or so that we have relied upon experimentation to answer the two fundamental questions posed by any proposed new treatment, drug or therapy:

These are the twin questions, for instance, that have dominated people’s concerns about the vaccines developed for the treatment of the Coronavirus.

Is it unreasonable, for example, to suggest that in the world of business, we are inventing and applying management practices that are the equivalent of C19th medical treatments?  In those days, they had McMunn’s Elixir of Opium, Allen’s Cocaine Tablets, Hartley’s Prairie Flower and thousands of others.  Have we any strong empirical evidence to believe that, in the pursuit of business performance, we are any more rational by placing our faith in competency profiling, quarterly business reviews, investor relations, corporate social responsibility, and long-range planning?

Let us suggest that there are three types of quack medicine, and each type finds its mirror image in management.

The first type presents itself as a panacea

As such, it is a widely accepted, deeply entrenched practice applicable to a broad range of problems that has become so well established that no one thinks to question it.  It has become a deeply embedded habit. Like an old wives’ tale, it is all too easily taken on trust. It would seem churlish or arrogant to raise the issue of its legitimacy or efficacy.

Only 150 years ago, such medical panaceas included treatments such as bloodletting, leeching, cupping and purging. Only with experimentation were these practices shown to be not only misconceived but also, on occasion, harmful.

The awkward question is this: “Which management practices, widely in use today, have no greater validity than bloodletting?”  In other words, which business panaceas in which everyone places so much blind faith are nevertheless deeply flawed, without barely anyone suspecting it?

Many years ago, Russell Ackoff, a systems scientist at the Wharton School, said this:

“A good deal of the corporate planning I have observed is like a ritual rain dance; it has no effect on the weather that follows, but those who engage in it think it does. Moreover, it seems to me that much of the advice and instruction related to corporate planning is directed at improving the dancing, not the weather.”

Other than corporate planning, what other well-established management practices come to mind as potential examples of harmful addiction? Let us suggest three:

1) Management by objective, and the single-minded pursuit of financial goals

2) Annual budgeting, and the commitment process that invariably accompanies it

3) Routine systematic cost-cutting, driven by short-term pressures and including standard methods such as outsourcing, downsizing, and offshoring

Famously, a Deloitte team recently studied 24,000 firms over a 45-year period and found almost no evidence that relative cost-efficiency played a significant part in wealth creation and competitive corporate success:

“By an overwhelming margin, exceptional companies garner superior profits by achieving higher revenue than their rivals, through either higher prices or greater volume.  Very rarely is cost leadership a driver of superior profitability.”

The second type consists in a proprietary product

It is marketed by its inventor as a breakthrough remedy, but without any empirical evidence that it works. Nevertheless, as a credible brand it may well acquire a reputation of sorts and a substantial following.

19th century “pharmacology” featured hundreds of different kinds of “potion”, such as Sequah’s Oil, Kier’s Petroleum Oil, and Dr Kilmer’s Swamp Root.  Today, none of these “cures” would be allowed, in the absence of clinical testing, to make the claims they did then.

What about management products and “potions”?  What famous theories of business success, launched with great aplomb and seemingly impeccable logic, have been seriously undermined since their inception by empirical research. We suggest that three popular (and prestigious) candidates meet this criterion:  1) Michael Porter’s “Five Forces Model” of competitive strategy, still taught in many business schools

2) The “Growth-Share Matrix” of the Boston Consulting Group, the foundation stone of the firm’s global success

The Five Forces Model was seriously undermined by research conducted by Richard Rumelt and Robin Wensley that argued statistically that Michael Porter’s intuitively attractive model would seem to explain less than 10% of a firm’s profitability. The “Boston Box” fell into the trap of assuming the truth of the capital rational model, since discredited by the modern theory of finance. And the Loyalty Effect has been shown by the empirical work of ASC Ehrenberg and Byron Sharp on buyer behaviour to be erroneous.

The third type works essentially as a placebo

Presented to their clients and users almost as philosophies of life, they exert a huge hold over their devotees. Faith in these treatments is such as not to need any scientific evidence, let alone proof. To the extent that they work at all, it is largely because their adherents are convinced of their efficacy.

Critics point to aromatherapy, homeopathy and reiki healing as just a few examples of this ‘alternative’ approach to mainstream medicine. Perhaps it is part of human nature to want desperately to believe in magical cures. We all recognize how easily we switch off our scepticism in the fervent hope that a solution has been found.

Does this remind you of any popular business theories? What might be some of the management concepts that inspire a followership “beyond reason”?  Some of the candidates that come to mind are econometric forecasting, competency profiling, financial incentives and bonus plans, and corporate social responsibility.

Is the faith that we place today in hierarchy and bureaucracy any more rational or solid than that which we used to place in bloodletting. Which of our modern principles of management do we suspect of being vulnerable to rigorous testing? If you were a betting person, on which practices would you place your bets?  And at a more local scale, on which assumptions underpinning your company’s strategy would you stake $1,000?

In 100 years, how much of our behaviour today will be a cause for general surprise, embarrassment, or even shame?  What proportion of the practices in companies today remain popular, not because there is any evidence that they work, but simply because they have become habits, part of the ritual of the workplace?  Which routine practices are effectively no more than magic spells and shibboleths?

The writer who, more than any other, has argued that the workplace is ruled more by superstition than science is Gary Hamel.  His claim, for example, that something like 20% of all corporate costs are wasted on excess bureaucracy has not been seriously contested. Many bureaucratic processes will turn out to be effective and wealth productive; but almost certainly the majority will ultimately be shown to be overblown, injurious or mistaken.