The Courage of Talent 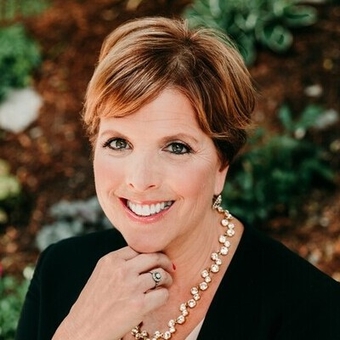 The following is an extract from Can We Talk?

Have you ever done something that you thought was unimpressive and had people say, “Wow! That took a lot of courage” or “You’re really brave. I could never do that”? You may have thought to yourself, “Why are they making such a big deal out of this?” That’s because taking courageous action may look different for people in different situations.

Courage is the determination to move forward despite the fear. It’s more than a mindset or an emotion. It’s a principle of action. You muster up the nerve to do something, even though it might frighten you.

I often remind clients that they need to have the courage of their talent. All of us are talented, in one way or another. Yet, fear holds us back from undertaking what we’re capable of doing or saying what needs to be said. Granted, in business, courage seldom resembles the heroic actions that occur in life-or-death situations or Hollywood movies. However, this doesn’t make tough work conversations any less scary or courageous. The next time you hesitate to do or say something out of fear, I want you to remember the phrase “the courage of your talent.” When you find yourself in one of these situations, take a few moments to remind yourself of your superpowers. For some of you, this may be your ability to bounce back quickly from setbacks or your knack for deescalating heated discussions. For others, this could be your gift of being able to remain calm in any situation.

Next, weigh the risks against the benefits. What’s the worst thing that can happen if you proceed with this conversation, and what outcomes might you miss out on if you choose to remain silent? You’ll find that quite often, the risks aren’t as high as you initially thought they were and that the benefits are many. Gather your courage and take action. The more you face your fears, the easier it will be to do so in the future.

Getting Comfortable with Discomfort

Lots of people think that by not taking action, they’ll be able to avoid discomfort. However, not taking action is a decision that can result in things remaining the same or worsening. So, the way I see it, you’ve got nothing to lose by attempting to resolve whatever discomfort you may be feeling.

There are those people who overthink everything and find themselves stuck in quicksand. When asked about their inertia, they’ll tell you they need more time to do research, which if you think about it, is the last thing they need to do. Look, we’d all like to have a crystal ball that allows us to see into the future so that we could be 100 percent sure that our next move is the right move. We have to deal with the here and now and work with what we’ve got.

The best way to deal with discomfort is to take on a small task to help get the ball rolling. Taking on a simple action item, such as setting up a meeting date, can propel a conversation forward. Once you’re in motion, you’ll see more clearly what your next steps should be. You won’t feel so overwhelmed and might even feel some sense of relief knowing that you’re addressing a situation that’s been weighing you down.

An exercise worth doing is to think about a time at work when you were very comfortable in your role. You might have been in a job that you could do with your eyes closed. You knew exactly what would occur the next day, as nothing ever changed. Jot down how you felt when you were in this situation.

Now, think about a time when you were in a job that wasn’t all that predictable. One day you’d be working on a particular project, and then the next day, you might be flying to one of the satellite offices to put out a fire that was raging. Write down what it felt like when your job was less predictable.

My guess is that you experienced considerably more growth and career satisfaction when you were in the job where every day was unpredictable. There was no script to follow. You had to make things up as you went along. As a result, you experienced personal growth that wouldn’t have occurred had you remained in a role where everything always went according to plan. You may not even have realized it at the time, but you became comfortable with discomfort. Think about this the next time you find yourself avoiding a situation because it makes you feel uncomfortable. Then push forward.

There will be times when no matter how comfortable you are with discomfort, you’ll face a situation that shakes you to the core.

Over the years, I’ve been a strategic advisor on talent to Peter and have found him to be a thoughtful leader who likes to be 100 percent sure he’s making the right move before taking action on HR-related matters. Like many business owners during the pandemic, Peter found himself in a situation where he had to do something he never imagined—laying off the majority of his employees. Somehow, Peter found the strength to do what needed to be done. He did exactly as I would have advised. He prepared what he was going to say before calling his people together. He was brief and allowed the meeting to continue until everyone had a chance to ask questions. Most importantly, he was honest. He wasn’t afraid to say, “I don’t know” when he didn’t have an answer.

When called back, all of Peter’s employees returned, which didn’t happen for all employers. At the time, there were additional government unemployment benefits being given out, making it possible to make more money staying home than if someone returned to work. Peter’s willingness to have an open and honest conversation with his staff contributed to his people wanting to be there for him when business picked up.

None of us know how strong we are until we’re faced with adversity. Hopefully this will be the last test in resiliency that Peter will have to go through for a while.