The Handcuffs Holding Back Charities 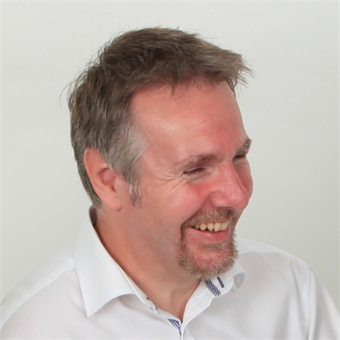 There are few areas of western culture as misunderstood as the charity sector. The prevailing view is that most, if not all charity income, is from public donations; furthermore, that charity staff are primarily volunteers; and any charity that pays its CEO more than a basic wage is scamming its donors and short-changing beneficiaries.

These perceptions are inherited, almost unchanged, from the Victorian definition of charity, and whilst not one of those perceptions remains true today, all three are very much alive in the public mind and create huge limitations for charity effectiveness.

Save the Children International, for instance, raised and spent £980m in 2017, an increase of 5% on the prior year, and rewarded its CEO with a salary of around £230k. If that sounds a lot, just remember, this is a billion-dollar global organization of enormous complexity, safeguarding, vaccinating and educating tens of millions of children around the world in some of its toughest and scariest environments.

In comparison, in 2018, the entire consumer media arm of the Mail Group Trust, including the Daily Mail and Mail on Sunday, both of whom ripped into Save the Children over that salary, turned over £650m (30% less than Save the Children) yet paid £2.6m total remuneration that year to its then editor, Paul Dacre, for presiding over a 4% annual revenue decline.

Was the Mail’s attack hypocritical? If the paper’s comments section is anything to go by, no. It showed that there are vast swathes of the British public that fervently believe that the work of doing good should be its own reward; that people should be charity workers, carers, nurses and so forth, not for the money, but for the vocation; and therefore, that it’s absolutely right for the price of a moral calling to be a diminishing pay-packet, particularly when the money in that pay-packet comes from “our” donations.

The message is clear: if you want to make money, do something amoral, then assuage your conscience by donating a bit of it to a charity whose leader can demonstrate their virtue by earning far less than you. The Victorian ideal of charity lives on, in that it exists more to make us feel better about ourselves than it does to make the world better for others.

Is it any wonder then, that we face such a shortage of nurses, teachers and charity professionals? Who of us can afford to commit our working lives to social good when it comes at such a personal price? As one charity CEO put it to me:

“Our society delegates the hardest, most ingrained social problems to charities to try and sort out, while at the same time creating a narrative that systematically starves them of the talent they’d need to succeed.”

This challenge, of attracting talent and investing in skills within the sector, is particularly debilitating when you look beyond the preconceptions, at what charities actually do. Contrary to popular perception, public donations and legacies represent less than 25% of the charity sector’s total income. Over half its revenue actually comes from commercial work, whether delivering social care or special education services, providing 1:1 support for someone with dementia or an addiction, or simply selling second-hand goods on the high street.

Collectively, those commercial sources generate over £25bn a year for the sector, every penny from which gets reinvested into people and projects that make the world a better, safer and fairer place to live. And yes, that includes paying the salaries of the dedicated staff, managers and CEOs, whose pay is so regularly lambasted by the media.

But those commercial sources have enormous potential to generate far more income, and more than that, to lay a much stronger foundation, not just to alleviate social problems, but to create lasting social change. And there are just two things preventing that from happening - the two handcuffs holding charities back.

The first is the lack of commercial skills currently within the sector. It’s not surprising – they aren’t skills one would naturally associate with charities – but charity balance sheets across the sector are becoming increasingly exposed by their absence. The second challenge is more profound, and it’s one of mindset. Those Victorian values and preconceptions that I mentioned earlier, don’t only exist within the mind of the general public. They exist within many charities as well.

A couple of years ago I met with the Chair of one of the UK’s biggest and best-known charities, and I asked him what frustrated him most. He turned immediately to the perception of ‘what charities should be’, not just in the media and the public mind but also in the minds of trustees and staff; and he went on to give a painful example.

A few years previously, his charity had invested heavily in a new customer relationship management (CRM) system. ‘We lost a lot of money on that project’, he explained. ‘It would have cost around £200,000 to get someone really good to deliver it, but we knew we’d risk our reputation if we paid a salary like that, so we took the traditional charity approach. That decision probably cost us nearer £2 million in the long run.’

Imagine if charities could attract, retain, develop and pay for top commercial talent, whose skills could increase the charity’s earnings on all those commercial activities, to generate funds for doing good every bit as efficiently and effectively as their private sector counterparts generate funds for shareholder dividends. Wouldn’t that be a good investment, not only for the sector but for society as a whole?

But don’t take my word for it, there are hundreds of examples of leading charities who have set out to do just that, and who are leading the way into a brave new decade for the sector. Some of them were even kind enough to share their stories with me in a new book, out in April 2020, fittingly called, The Commercial Charity.

How to Improve Your Non-profit Performance

Rethinking the Relationship Between Sales & Marketing