The Neuroscience Behind Willpower 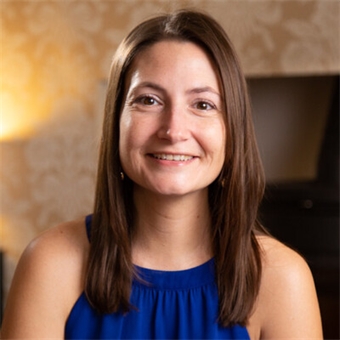 Amy Brann shows us how to use our brains to improve willpower and gain self control.

Many people struggle with self-control and it can be literally life changing to have the level of self-trust that comes with knowing that you will do what you want to do. Self-control or the utilisation of willpower involves the ability to consciously decide what you will do and when, to resist temptation, and to put off a reward until later.

Can you improve your willpower?

First things first: is it possible to improve your willpower? Absolutely. It isn’t necessarily easy, but it is possible. The construct of many goals involves the exercising of self-control. Sometimes just getting started on a goal requires willpower.

For example, for someone who wants to run a marathon but is not that keen on running they may need to exercise self-control to make themselves go for a run on their planned days rather than go out for a drink with colleagues. Once they have been on a few runs and experienced the flood of endorphins and felt great as a result they may find themselves keener to go out for the run than to do other things. Less self-control will be required.

There are other goals that may require self-control throughout. Attempting to address a habit where someone regularly interrupts colleagues can be a constant challenge. It will take willpower and self-control to mentally and physically hit pause before the interruption has occurred and the damage to the relationship been done.

What do you need to know from neuroscience?

Carol Dweck, Roy Baumeister and Walter Michel all have done interesting research in this field. Understanding the latest findings on self-control can help you set your client up with the best chance of succeeding.

Research has shown that exercising and depleting willpower causes a slowdown in the anterior cingulate cortex (ACC). This area is vital to self-control. It is commonly known for its conflict-monitoring activities. It is the area that picks up any mismatches between what you intend to do and what you actually do. All those times you’ve put the toothpaste in the fridge while multitasking making your morning coffee…your ACC has picked up on it! It knows when you are making an error in the moment.

The disappointing news is that a review of the scientific literature showed that there were strong behavioural indicators when will power was depleted, but weak feeling indicators. This makes it slightly trickier for your client to know when he is about to snap at his colleagues or lapse back into smoking.

The prefrontal cortex (PFC) is also very important in controlling ourselves. The PFC has vital roles in planning, our working memory, organisation, anticipation of consequences and controlling impulses. Often considered at the other end of the spectrum is the amygdala, which has a great deal of power over our decision making. Sometimes there is conflict between the rational cognitive parts of the brain and the emotive reactive parts.

What can I do with a client this afternoon?

Why Coaching is the Key to Adaptability and Resilience

Forward to Work: How Hybrid Working Can Create Maximum Value for All Stakeholders