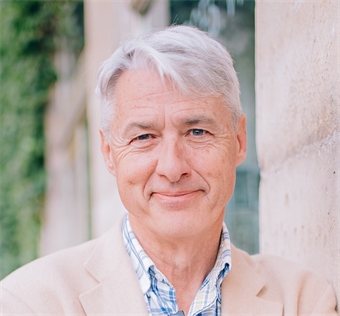 Guy Murfey, author of Global Business Ethics, discusses how Bernie Sanders' US Presidential candidacy has an impact on businesses.

In case you haven’t heard of Bernie Sanders, he is one of the nominees for the Democratic candidacy for the US Presidential elections and he is a surprise. He is a surprise for a few reasons, one is that he is polling unexpectedly well against Hillary Clinton, the favorite candidate. Most surprisingly, he refers to himself as a ‘Democratic Socialist.’ His line of argument is that the USA should be adopting the policies of North European countries such as Norway and Sweden, with universal healthcare, free university education, higher wages and generally making a more equitable society. Specifically, he states that the USA’s political system has abandoned the working and middle classes and now operates for billionaires. The fact that Bernie is getting the traction that he is, in the land where modest social policies such as ‘Obamacare’ are demonized as left extremism, is head turning. Watching the full frontal assault on the much vaunted American capitalist system is mesmerizing. Bernie, unsurprisingly, has come in for sharp criticism from the right leaning media and there has been much emotional vitriol poured out. Much of business, particularly big business, must be alarmed at the popularity of Bernie’s campaign but whether he wins or loses, business needs to be asking why this is occurring.

The obvious answer that there are enough people in the American community that believe that the unfairness in the system has reached a level that is offensive. But what is the driver behind this growing sense of inequity? I would argue that it is the overall lack of attention to business ethics that has created this environment. To use just one example, many businesses are simply not paying their share of tax. I am not referring to a business not paying the taxes they lawfully should - most are. I am referring to the taxes businesses should ethically pay. Many companies can create structures and enter into arrangements where they might pay next to no tax at all. This is nothing new. The privileged members of society throughout history have influenced the political and legal systems to their advantage. Influencing the political systems to their own advantage may appear to be smart, but it undermines the physical infrastructure, the social wellbeing and the relationship between the community and business. History also tells us it is a dangerous path to travel, elites have found themselves unpleasantly on the receiving end of angry mobs when self, rather than community interest, became paramount.

The international business community should take note of what is occurring in the Democratic party in the USA. If senior business leaders are not already doing so, they need to drive equitable change and restore public confidence that free enterprise is there to improve everyone’s lives not just the elite. They should do this not only because it is the right thing to do but because support for the system may unravel if this discontent continues to rise.