The Shifting Sands of Organizational Culture 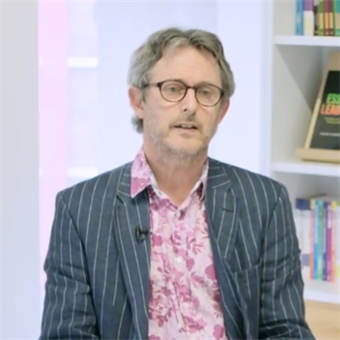 This discussion is based on the newly revised culture chapter in the 4th edition of Making Sense of Change Management.

What do we mean by organizational culture and are we seeing shifts in our understanding with developments in the behavioural sciences and rapid evolution of social technologies?

Edgar Schein, who has made a notable contribution to organizational development, covering careers, group process consultation and organizational culture, suggests that culture is “the pattern of basic assumptions that a given group has invented, discovered or developed in learning to cope with its problems of external adaptation and internal integration, and that have worked well enough to be considered valid and, therefore, to be taught to new members as the correct way to perceive, think, and feel in relation to those problems.” Although the popular notion that culture is “the way we do things around here” we can see that the way things are done and the behaviours that happen, are actually manifestations of something much deeper.

Everyday reality is, of course, where work gets done, and where organizational functioning can be seen to be either moving the organization towards to its chosen strategy or somehow getting in the way. And this is naturally self-reinforcing – the members within the organization pick up clues and cues as to how to behave from each other.  They don’t necessarily see these things as controlling mechanisms - because we are immersed in the culture it is often very hard to step outside of it to intervene within it! If, as change agents, we remind ourselves of the picture of what the strategic process might really look like, we will unknowingly or subconsciously be filtering our perceptions of the world and decision-making processes through a specific cultural lens.

"Organizational culture is the key to organizational excellence... and the function of leadership is the creation and management of culture…" - Schein, E

Schein of course went on to highlight what he called embedding mechanisms which the leader can use such as what leaders pay attention to, measure, and control on a regular basis, how they react to critical incidents and organizational crises, how they allocate resources and rewards and who they recruit, select and promote (Schein 2004).

Since the turn of the millennium there has been increasing interest in other, less traditional, ways of influencing people and their behaviour. From the fields of behavioural science and behavioural economics, a number of authors (Gladwell Tipping Point (2000), Herrero Viral Change (2008), Kahneman (2011) and Thaler & Sunstein (2009)) have suggested different mechanisms for shaping cultures.

Gladwell identified three key characteristics of people who were able to move a situation towards its final objective by reaching the ‘tipping point’ (which he defined as the moment of critical mass). He also suggests that “ideas and products and messages and behaviours spread like viruses” and that change agents should make effective use of this phenomenon. Likewise, Herrero (2008) sees that real change occurs in organizations through the concept of what he calls Viral Change™ which has a number of key principles which include the central idea that what is required is behaviour change which will in turn lead to cultural change. These are not top down or bottom centrally controlled sets of behaviours.

Thaler and Sunstein (2008) have popularised the concept of subtly changing the way that people behave through the use of a nudge, which “is any aspect of the choice architecture that alters people’s behaviour in a predictable way without forbidding any options or significantly changing their economic incentives. To count as a mere nudge, the intervention must be easy and cheap to avoid. Nudges are not mandates. Putting fruit at eye level counts as a nudge. Banning junk food does not.” Currently a number of national governments have taken to this idea, which “bring together ideas from a range of inter-related academic disciplines (behavioural economics, psychology, and social anthropology). These fields seek to understand how individuals take decisions in practice and how they are likely to respond to options. Their insights enable us to design policies or interventions that can encourage, support and enable people to make better choices for themselves and society.” This clearly has implications for how organizations can more subtly influence the way people move to a different way of behaving and the way they do things around here, for example, in developing effective health and safety cultures.

Another key factor in all of these processes of inculcating culture change is communication, and of course, we have been witnessing a revolution in the way we are all communicating through social media. Never before has there been the ability to communicate across hierarchical levels, across organizational boundaries, using formal and informal, open and covert mechanisms.

Euan Semple at the BBC was one of the first to introduce what has since become known as social media tools into a large, successful organization. He charts the emerging paradigm shift as both senior managers and employees across organizations see the liberating power of social media tools. Here are a few snippets from his ground-breaking book:

The conventional wisdom is that culture is formed by the ‘founding fathers’ of an organization and that culture is underpinned by the values of those leaders with the behaviours derived from those values. In addition, traditionally, organizations have been seen to have one homogenous culture.

However we are increasingly faced with a number of interesting questions which muddy the waters:

A key challenge for leaders and managers of change will be to still honour the perennial wisdom of commentators on culture such as Schein whilst factoring in the new landscape which is emerging as we are collectively redefining the way we are and the way we communicate in organisations today.

The latest edition of Making Sense of Change Management (4th ed.) is available to buy now. Save 20% when you order using the discount code MSCMB20. Enter the code when prompted at the checkout.