What our Authors Think About #BreakTheBias (Q&A) 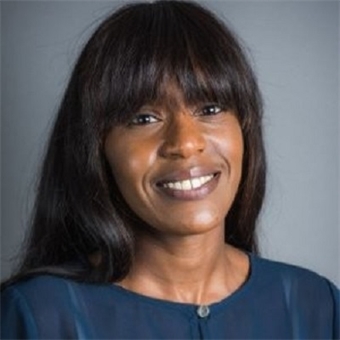 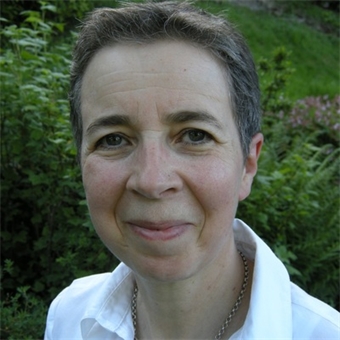 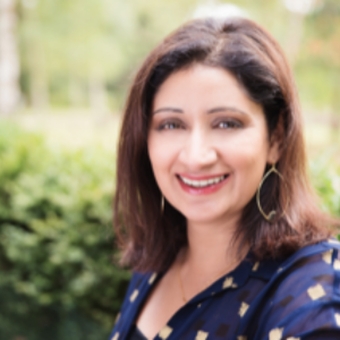 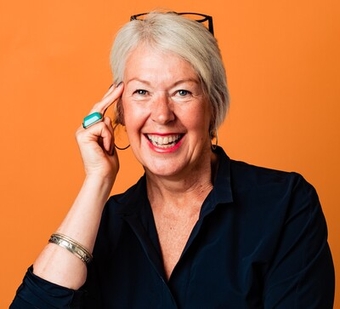 Despite recent progress toward employment equality, women in business continue to remain underrepresented. In 2020, there were more FTSE 100 CEOs named Peter than women. According to McKinsey & Company report ‘Women in the Workplace 2021’, 62% of C-suite positions in the US are held by white men, compared with 20% taken up by white women and a mere 4% by women of colour. When it comes to female entrepreneurship statistics, studies reveal that men are far more likely than women to start their own businesses.

We asked some of our female authors, who are innovating the business space and breaking bias in their industries, about their experiences with bias during their careers as well as their opinion on how we should be tackling the issue.

Q: What does International Women’s Day (IWD) mean to you?

Miya Knights: Just like many other global celebratory days promoting greater diversity and inclusion, IWD is important for its role in highlighting the amazing achievements of our female peers and role models, and continuing to inspire future generations of girls. It promotes a greater sense of solidarity and support among women - especially in the wake of the pandemic, the impact of which has disproportionately disadvantaged women. It also serves as a powerful reminder that we all benefit when discrimination is eliminated and diversity, inclusion and equality are promoted. For example, PwC found that closing the gender pay gap across OECD countries could boost global GDP by US$2 trillion a year.

Catherine Weetman: I feel a bit conflicted about it… it’s a shame we still need a global day to raise awareness of the need for gender equality, and on the other hand, it’s a fantastic opportunity to celebrate all the qualities and achievements of women around the world.

Salma Shah: IWD is a global celebration of unity in action and an opportunity to reflect and share why we still need to keep the conversation alive on gender equality.

Lucy Ryan: For me, IWD is important as it shines a light on the amazing achievements women have made across the world and gives us the opportunity locally, and globally, to celebrate and recognize each other.

Q: Have you ever experienced gender bias or any other bias during your career? Is it different now compared to when you started?

Miya Knights: Yes, working as a woman of colour in the arts and media sector, covering technology, has often put me at a double disadvantage. The lack of diversity in media and gender equality in tech have been well documented. I feel I’ve had to work twice as hard to get breaks and have my achievements recognized. Pay disparity is still very much a reality, as is the assumption that your appearance bears any relation to your levels of intellect and knowledge. I’ve found it’s only gotten better with time, where my seniority and experience speak louder than my social status.

Catherine Weetman: I started work in the 1980s, in fields generally populated by men – including a part-time job as a motorcycle instructor.  So yes, I noticed bias a few times, though not generally from inside my company (there are a few stories about customers that I’ve retold!). A sexist ‘joke’ from a senior person in a professional organization caused me to resign my membership in disgust. Now though, I notice more women than men in my current field, and I think women’s values and qualities are especially helpful in tackling the various crises we face: climate, ethics, the death of nature, social inequality and more.

Salma Shah: In hindsight most likely, however at the time I probably didn’t realize what was happening or just got on with it regardless of the blockers and barriers to entry in certain powerful in-groups. So I knew I was excluded, however, felt helpless to change anything. Although there is much discussion around the areas of inclusion, belonging and equity, things haven’t drastically changed over the last few decades. On a positive note, there is a greater sense of awareness and a desire that something needs to change - so I remain hopeful. I’m a big believer in if I can’t change the system, what I can change is the role I play in that system.

Lucy Ryan: I’m not sure there’s a woman in business who hasn't experienced some form of gender bias! For me, across my 30-year career in business, it’s been about getting my voice heard, being respected as a female entrepreneur and author. It’s only different now as I get older and face a different (double) discrimination of gender and age!

Q: What is the biggest obstacle you have had to overcome?

Miya Knights: The biggest obstacle I’ve had to overcome in my career is a mindset that women are less well suited to STEM-related and leadership roles. You only know what you know, and we can address this negative perception by showing young girls what's possible and highlighting the many exemplary women excelling in such roles, whose success has been rewarded with greater responsibility and recognition.

Catherine Weetman: Being taken seriously when I was younger – especially by those customers that tried to belittle me!

Salma Shah: The biggest lesson I’ve learnt is where to expend my energy and feel empowered. When to walk away and which battles to fight. Who I want to surround myself with and where I can make a real impactful difference.

Lucy Ryan: The biggest obstacle to overcome has always been about juggling care priorities. When my children were young, it was all about the constant tug between being a mum, wife, business owner, friend, and student. These days the priorities have shifted to managing the balance of caring for my mum as well as business, writing and academia.

Q: How do you think businesses can tackle workplace inequality and bias?

Miya Knights: I’m a big fan of blind recruitment and career advancement processes that assess candidates based solely on the professional and softer skills required for a role. Blind orchestra auditions have positively moved the dial in terms of increasing female representation, for example.

Catherine Weetman: By recognizing the value of diversity – not just gender – in helping to build a stronger, more resilient, outward-looking organization. There is lots of research to show that a wider range of backgrounds and outlooks help organizations develop better ideas and strategies. Now, more than ever, we need that, and to avoid the ‘the status quo trap’ as highlighted by Margaret Heffernan.

Salma Shah: Firstly businesses and those in positions of power need to acknowledge that there is inertia and systemic barriers to change. Workplace inequality and bias should be tackled at every level of an organization from supplier diversity to driving workplace equity through career development. Work with and empower internal and external stakeholders who have lived experience and insight into recognizing raw talent. Therefore avoid setting up individuals to fail in poorly devised off-the-shelf vanilla programs which can do more harm than good. Have a process for spotting diverse raw talent which is unbiased, and create a psychologically safe culture where they can be coached and developed by those who understand their lived experience.

Lucy Ryan: Thankfully there are many companies taking the issue of inequality and diversity seriously. However, the number of full-time female executives remains stubbornly low. So clearly more needs to be done. My three thoughts on how this can be done are:

Q: What advice would you give to others who might be facing similar issues?

Miya Knights: Work hard and lead by example. Excel to the point where your efforts can't be ignored and don’t be afraid to question and call out bias wherever you see it. Seek out those who are willing to recognize and reward your achievements, and work with you to affect change. Also, don’t forget how technology has democratized access to opportunity, empowering us, as a result, to be our own boss and make our own rules.

Catherine Weetman: Be true to your values and don’t back down, find ways to have those ‘fierce conversations’, even if you have to start with slow and subtle solutions. As Billy Jean King says: “Even if you're not a born activist, […] life can damn well make you one.”

Salma Shah: Surround yourself with people and networks where you feel valued, supported and trusted. Do the work on yourself, master your power, maintain an open mindset of abundance and gratitude. Aim towards a healthy balance of receiving and giving.

Lucy Ryan: Know you’re not alone and join up with other women who are addressing the same battles as you are. Advocate loudly for change. Choose the company you work for carefully!

Miya Knights is a writer, consultant and the owner of Retail Technology magazine. She is the co-author of ‘Amazon’ and ‘Omnichannel Retail’.

Catherine Weetman founded Rethink Global to help businesses, social enterprises and community groups to use circular economy approaches to build a better world. She hosts the Circular Economy Podcast and is the author of ‘A Circular Economy Handbook’.

Salma Shah, author of ‘Diversity, Inclusion and Belonging in Coaching’ is the founder and director of the award-winning “Mastering Your Power”, a certified coach training program. Her clients include the Co-operative group, John Lewis partnership, Metropolitan Police and Pearson.

Lucy Ryan is an executive and leadership coach, the founder of Mindspring, a leadership training consultancy whose clients include Siemens, the BBC, Sony, BMW. She is the author of ‘Lunchtime Learning for Leaders’.

Technology Bias in AI: How to Harness it Effectively