Why Digital Affects Everyone (No Matter the Industry) 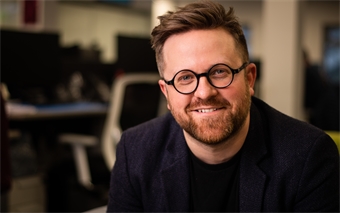 I’ve been meeting a lot of entrepreneurial types recently. Usually it’s for a coffee; my caffeine intake has certainly shot up dramatically. One thing I keep hearing is how busy everyone is. It’s become a bit of a badge of honour.

For those who aren’t interested in social media it can feel like it’s just another job to do. ‘I’m too busy to tweet! It’s just pictures of people’s lunch anyway.’

Sadly this view misses the point. Firstly digital communications is exactly what you make it. If you want in-depth reporting or fast financial news rather than lunches then follow those accounts! The second, bigger point is that all organisations need to understand how to communicate well on digital.

Almost everyone in developed countries carries around a piece of glass that they can use to communicate with anyone else. There are over two billion regular Facebook users in the world - you can’t ignore them. Too many organisations and individuals don’t see the potential these free, popular platforms can offer them. Plenty do spend the time setting up social media profiles or releasing apps. But little thought is often given to the content - the actual stuff you put out on them - and their audience pays them very little attention as a result.

In a transparent, connected world, it’s crucial to have a public voice. And by spending time learning how to produce good content that voice is louder and more effective.

It’s hard to think of any industry that doesn’t need to communicate with its potential customers or stakeholders. Even spies have their own Twitter feeds now.

Recently Doncaster Council had a big problem on their hands. Someone was going around stealing drain covers. Seriously. It was costing them huge sums of money and the comms team was asked to help stop it. Now, that’s a pretty tricky brief.

But not only did they manage to explain why this was a problem; they were able to reach a huge number of people. They didn’t need a fancy, expensive PR campaign or a high profile celebrity to do it either. By simply telling a great story, by using human language, and making it interesting to people on Twitter, they were able to get the message out. A council used this free tool to help them achieve what they wanted by understanding good content.

So by learning how to communicate well on digital platforms you get this powerful, free tool to tell your or your organisation’s story. What’s not to like about that?

And by succeeding at social media you’ll feel better than any amount of double espressos too.

The Benefits of Coding (And Why You Should Learn)