Why Veterans are Great Job Candidates (and Employees) 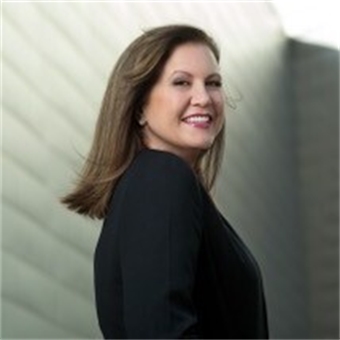 As companies seek to recruit talent who will bring the skills, experience and insight they need to do specific work, grow the company and elevate other employees, they are increasingly considering prior military talent in that mix.

Veterans make tremendous job candidates for roles across the organization, especially as organizations expand their search for talent.

1. Veterans are accustomed to working under stress

During their time in the military, veterans were trained and acclimated to a culture of stress, change, innovation and creativity. While it may not be obvious how someone who worked as a weapons mechanic could be valuable to a corporation, when you consider the pressure that person worked under, the extreme conditions they had to excel in and the gravity of the tasks they completed, it's no wonder they are well-suited to help employers today understand how to navigate the changes and challenges of our current global pandemic.

When an employer considers that the weapons mechanic possesses technical and mechanical acumen, can work under high-stress situations and was trained in a team environment, they might be considered for corporate jobs where those same skills are valued, such as crisis communications, project management, distribution and fulfilment work, or even information technology.

During their military training and service, veterans learned to think and act quickly, rely on their training to give them the foundation for a high-stress situation and manage pressure more effectively than many of their civilian counterparts.

Companies whose values include commitment, integrity and honor are well-served to consider the veteran job candidate. During military service (regardless of branch or job), service members commit to a set of values and a code of conduct that is envied by many businesses. Values of loyalty, duty, service, honor and respect are foundations of the military code of conduct, and veterans do not leave those principles behind when they take off the uniform.

A veteran I coached shared this insight with me: “Even today – 10 years after I left the Army – I still hold onto those military values. I look for ways to add value to my company and team, serve them without seeking credit and support my manager in fulfilling the mission of the company.”

Veterans join the military and commit to serve a mission. When they separate or retire from the military, they still seek to align with, and serve, a mission to maintain connection to a purpose greater than themselves. The behaviors and beliefs of the veteran employee often elevate the values and morale of even civilian teams, making the veteran employee a great asset.

3. Leadership looks different in the military

Today’s companies often describe leadership differently than the military does. From the first day of basic training, or officer candidate school, veterans learned how to be responsible for the development, safety and growth of their fellow troops, and those whom they are responsible for.

Employers should remember that someone serving in the military may be responsible for 150 troops and several million dollars of equipment at a very young age. While their civilian counterparts are focused on other things, the service member learned the value of leadership and its importance to developing the group and completing a mission.

Unlike some common civilian definitions of leadership (which are actually more like management), in the military, leadership has life and death consequences, and every service member knows that from the day they join. They are protective, loyal and deeply connected to those individuals they are responsible for leading, elevating the concept of leadership from a task to a purpose.

Bringing those qualities of mentorship, teamwork, mutual respect, leadership and growth into a civilian company elevates the entire organization, not just the veteran employee’s direct reports.

In a military environment, training may be plentiful, yet resources are sometimes scarce. Service members learn how to make do with less, and how to improvise and get creative to solve small problems as well as very complex scenarios.

If supplies or reinforcement troops are delayed or expended elsewhere, or plans have to change, service members do not pause and wait for the tools to move forward – every day of delay or any indecisiveness could mean the difference between life and death. Remembering that solving those problems can mean the safety of those around them, service members and leaders learn how to solve problems quickly and efficiently, while not concerning themselves with the aesthetics of the solution or who gets credit.

When transitioning to a civilian environment, these individuals will typically research, gather and enlist the tools and systems needed to move a project or initiative forward, regardless of whether it’s part of their job or not. To growing companies who require employees to think outside the box, innovate, solve problems and move swiftly, veterans are highly valued.

Most post-9/11 veterans entered the military at a young age, and whether they spent four years or 24 years in active duty, they became adults in a culture that places a premium on values, hard work, leadership, critical thinking and teamwork.

Under those circumstances, most veterans learn to handle stressful situations, relationships, opportunities and loss differently than their less experienced and mature counterparts. For example, while a civilian might worry about impressing their boss during a meeting, their veteran counterpart could consider the fact that they communicated all the details of the upcoming project with clarity a success.

Veterans might miss the need to impress or look impressive, choosing to focus on communicating critical information. This is typically viewed as a strength of confidence and maturity, but it could be seen as missing the chance to “show off” by the wrong audience. When companies seek a workforce that will bring experience, maturity and values, veterans are, again, an ideal job candidate.

As today’s employers navigate the new normal of shifting paradigms and remote working, the skills, experiences and resiliency of a veteran job candidate should attract their attention.

Besides some training to bring their hands-on skills into alignment with their civilian counterparts, an organization should be prepared to provide extra support to a veteran as they learn a new way of working where the stakes aren’t life or death. The other qualities of the veteran job candidate that may isolate them from the lunchroom or happy hour at the beginning will outweigh the costs and learning curve.