With Sustainability to the Fore, How Can Warehouses Become More Environmentally Friendly? 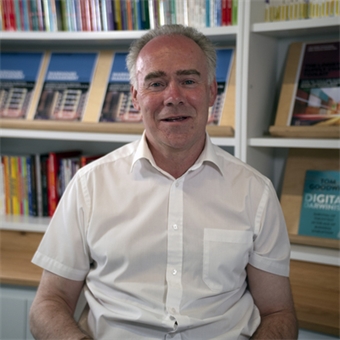 This article was written in collaboration with Kevin Mofid.

In 2019, the UK government and the devolved administrations committed to the Net Zero target as recommended by the Committee on Climate Change. Reaching net-zero greenhouse gas (GHG) emissions requires extensive changes across the economy and real estate has a key role to play. Buildings currently contribute some 19 per cent of global greenhouse gas emissions but this could double – or even treble – by 2050 if action is not taken now, according to Intergovernmental Panel on Climate Change research.

Whilst the UK led the way for advanced economies to legislate to deliver net zero targets by 2050 just under half of the world’s annual GDP is now covered by nations, regions and cities that are legislating for a net-zero emissions target. In the UK, new warehouse development will be forced to take on more of a share of already ambitious targets and the UK planning system will be key to enforcing such targets. In the June 2020 progress report to Parliament, the Committee on Climate Change noted that buildings have slightly decreased their share of emissions but more work was needed, particularly in the commercial sector.

A recent survey by Savills, Property Week and warehouse developer Tritax Symmetry found that environmental and social value features were becoming more important to warehouse occupiers with 67 per cent of survey respondents saying green and sustainability features were important in a new warehouse building. This is a rise from 54.5 per cent from the previous survey and has meant that green issues now rank 6th in the list of most important features compared with the year before.

As regulation and sustainability targets evolve the impact on warehouse design is expected to continue as developers strive to reach net zero goals. Occupiers of warehouse space can expect to see more sustainability features offered by landlords and developers and may have to factor in changes to operations which meet sustainability goals.

Over time, the sustainability agenda has broadened to embrace not just environmental issues but other social and governance factors.

In this context, there is an emerging interest among some developers and investors in developing warehouses or logistics parks that provide enhanced building characteristics and amenities that address worker wellbeing. This interest largely reflects the increasing challenges that companies are facing in attracting and retaining labour for warehouses which has been discussed at length recently.

Changes may also evolve outside of the warehouse environment, which will in turn impact the location of any future warehouse development. One such example is the implementation of clean air zones in urban environments. Whilst approaches vary, and some areas will be more stringent than others, potential exists to either ban petrol and diesel vehicles from certain parts of the urban road network or tax them heavily.

In real estate terms this creates issues that need to be managed with operators potentially needing to locate warehouse facilities much closer to Central Business Districts than before to accommodate delivery on electric vehicles or cargo bikes. Any such real estate relocation would come at a cost as rental levels and land values tend to rise the closer you are to the city centres.

At the larger end of warehouse size, Dutch logistics company Rhenus Logistics was recently awarded the highest BREEAM rating ever achieved for an industrial building. BREEAM being the world’s longest established method of assessing, rating, and certifying the sustainability of buildings. The building in Tilburg, Holland, is 650,000 square feet (60,385 square metres) and the roof is covered with over 13,000 solar panels, meaning the site produces not only enough energy to power its own operation, but also feeds back into the country’s electrical grid powering approximately 750 households on an annual basis.

The building is completely airtight, meaning no hot air escapes in the winter. The roof also houses two large pumps that draw heat from the air outside and use it to keep the inside of the building warm. There are electric boilers for exceptionally cold days, which the company estimates are used only 10 days each year.

Along the side, and at either end, are huge glass windows, allowing light into the building. Not only is it thought to improve the wellbeing and productivity of workers, by making it a nicer environment, but it means they use 70 percent less electricity in lighting the premises.

Rhenus logistics expect buildings such as this to become common place in years to come due to increased legislation but also the fact that by investing in sustainability features means the building costs less to run in the long term.

Keith Horgan of the Carbon Trust Partnership (CTP) commented that “there are substantial opportunities within the warehousing industry to save energy, costs and reduce carbon by the simple implementation of existing, low-energy technology.” He said: “We are not talking about high-tech solutions but pragmatic and cost-effective actions. For example, lighting and heating are the core areas for energy - and carbon-saving focus.” As can be seen in figure 1 below. 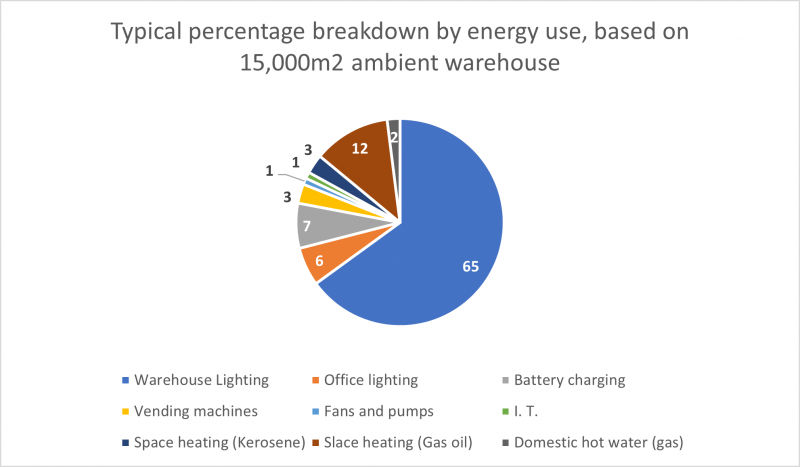 Figure 1: Pie chart highlighting the typical percentage breakdown of energy use in warehouses

Introducing automation systems and building upwards will also reduce energy costs overall and reduce land use. The introduction of the Internet of Things (IoT) and machine to machine technology will also improve efficiency and cut costs.

The use of smart meters, which record the amount of electricity consumed and when it was consumed, will also assist companies in identifying where consumption is greater than expected.

Finally, ensure that your warehouse is also operating effectively – no unnecessary movements, accurate picking and despatch and effective utilization of space. The use of ABC analysis will ensure popular items are placed close to the despatch area thus minimising travel.

Clearly, there are solutions on the market that can help warehouses operate in a more sustainable way. By combining available technologies and solutions in terms of energy savings, such as heating & cooling systems and alternative energy sources, a warehouse can be designed to emit significantly less CO2 than a typical 15-year-old warehouse.

McGraw Hill Construction (2013) in their research found that companies who either built ‘green’ warehouses or retrofitted ‘green’ ideas decreased operating costs by 15 per cent and 13 per cent respectively and attained payback within a maximum of eight years.

Going green can save money over time and won’t cost the earth!