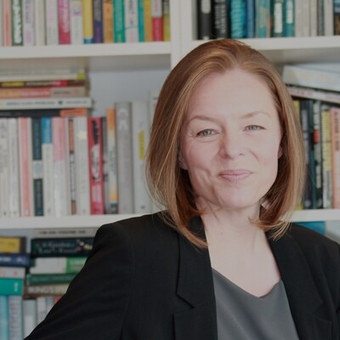 The ongoing pandemic has seen working parents juggle home-schooling and work commitments, and the rise of flexible and remote work. Gemma Dale challenges the stereotype that flexible work is mainly for working mothers, and looks at how quality flexible working can benefit all employee demographics.

Flexible working is for mums.

It isn’t of course. But it remains a powerful and problematic stereotype.

In the UK, when legislation was first introduced to provide parents with the right to request flexible working, it applied only to parents of young children. This has now changed, but the idea that flexible working is mainly for parents – and mothers, in particular, remains.

There is quite simply a wealth of evidence about the benefits of flexible working for both employees and the organizations for which they work. These benefits extend far beyond working parents with which it is so often associated.

The evidence also tells us quite clearly that the desire for flexible working arrangements is in no way limited to women or mothers.

Some forms of flexible working are, however, dominated by women. The UK has one of the highest proportions of female part-time workers as a share of the female working population in the whole of the EU.

Why is this? There’s no single reason. But when women earn less because of the gender pay gap, when someone needs to reduce their hours to undertake childcare, who is the obvious choice?

The stereotype plays into this decision too. Women are seen as natural care providers so their flexible working requests are expected and somehow more acceptable. In contrast, men are more likely to have a request for flexible working turned down.

Flexible working is associated with stigma – those undertaking in are often seen as less committed to their work or hard to manage. Part-time work, in particular, is known as ‘career death’, shutting down pay and career progression.

We are left with a complex challenge. Greater access to flexible working arrangements could be the key to women’s retention and progression in the workplace, and lead to gender equality improvements across society as a whole – but at the same time, it can also reinforce stereotypes and lead to more of the same.

For decades, the default working model of 9-5, Monday to Friday has dominated workplaces. So much of this work has taken place in an office, even though technology provided a viable alternative. It took a global pandemic to force a major shift in working practices but it remains to be seen whether these changes will endure or whether the default model will prove so pervasive that we will be drawn back into our offices.

Change for the better is possible – but it will not happen by accident.

The future of flexible work

What we need in the future is three-fold. First of all, we need quality flexible working. Flexibility accepted at senior levels in the organization – and not just part-time work options in lower paid, lower responsibility roles.

Secondly, we need a greater acceptance of flexible working and parental leave options for men – accompanied by strong encouragement to use them. When more men, especially those in senior positions, start working flexibly the ‘it’s for mums’ stereotype begins to fall away.

Finally, we need to move away from the 9-5. The so-called ‘great working from home experiment’ resulting from the pandemic has challenged the idea that work needs to be done in an office. We have firmly embraced location flexibility – now it is time to embrace schedule flexibility.

Without change, the potential of flexible working, especially to progress gender equality, will be unrealized.

Today, everyone is talking about hybrid work.

We are now familiar with repeated headlines stating that employees don’t want to go back to the office full-time but instead, want to achieve a balance between working in the office and working from home.

Just like all other forms of flexible working, this presents both risks and opportunities. We tend to conflate presence with performance, defaulting to the people that we can see. We need to ensure that hybrid doesn’t simply lead to more stereotypes, with women working from home around more local childcare and schooling and men still getting the majority of the office-based facetime.

Flexible working is part of the solution for achieving gender equality in the workplace – unfortunately, it also remains, for now at least, part of the problem. With focus and effort, we can seize the opportunity to create better ways of working for the future – for the benefit of everyone.

Can Mandatory Time Off Prevent Burnout?