Women in Recruitment: A Personal History 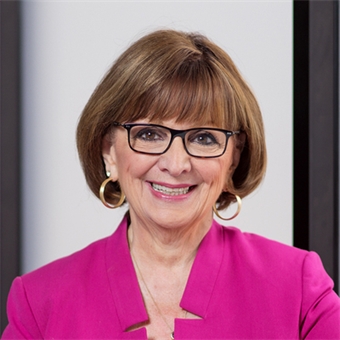 Have you ever wondered why most in-house recruiters, talent acquisition professionals and third-party recruiters are women?

When I first entered the staffing and recruiting profession, it was male-dominated. So what happened?

Are women better at recruiting talent?

Consider the differentiators between the roles of an in-house vs. third-party recruiter. An in-house recruiter works with hiring managers within their company to recruit the best talent.

Third-party recruiters sell their services to many companies and then recruit the best talent. They must master the skills of client development as well as recruiting.

When I first started over 30 years ago, Human Resource (HR) was often the only executive-level position that a woman could hold.

In addition to the HR positions that women filled, the other traditional jobs filled with women were teachers, nurses or secretaries. Too often, this person did not have a seat at the table and was not treated as a strategic partner.

It almost appeared that HR was the “token female” role in leadership.

However, with the current global competition for talent, the relevance of this role has never been greater, and now 71% of those who work in HR and Talent Acquisition are, in fact, women.

In a recent article from All Things Talent entitled Women Leaders in HR – Empowering Inspirations for All, Women in HR continue to make their mark. Whether by discovering groundbreaking new HR strategies, eliminating traditional biases against women in the workforce, improving employee engagement, or getting more women into the workforce or upper management, these HR leaders are making a difference every day. They are women who have made their mark, becoming prominent voices in the industry and inspiring many others.

There are many women who work behind the scenes, playing a key role in developing, strengthening and changing the culture of the companies they work for, as well as reinforcing the values of these companies.

Women excel at both the high-tech and high-touch elements of recruiting; I have personally observed that women listen differently than their male counterparts.

Women instinctively listen to understand versus listening to solve. When they see things through the eyes of the people they represent, they make better matches. As a result, this enhances engagement and retention.

I have also observed that women instinctively first identify a candidate’s priorities, needs and requirements before selling an opportunity or success of a company. This allows them to realize quickly when the opportunity they represent is not a match.

The ability to read body language and non-verbal communication also helps recruiters excel. This has become challenging with many processes going remote, but often what is not said is more relevant than the information readily accessible. Women are great at delving deeper to understand both the needs and priorities of their hiring managers and candidates.

Throughout my interactions with women in recruiting, I’ve noticed many common denominators of the most successful. Some of their traits are an approachable demeanor, patience, confidence, great communication skills, the ability to quickly switch gears and a sixth sense that helps them uncover red flags.

Why recruitment appeals to women

After someone meets me, they often ask if I am a teacher, psychologist, coach, mentor, social worker or salesperson, and my answer is always YES - women are great at switching roles based on the needs of who they are speaking to or helping, and in conversations with a hiring manager, it’s no different when discussing the individuals they represent.

Currently, I serve on the Advisory Board of the Women Business Collaborative (WBC), which is an unprecedented alliance of national professional women’s organizations working together to achieve equal pay, position and power for all women in business. I co-chair their workstream, which is focused on the staffing and recruiting profession. You can access a dashboard on the WBC website that is the result of a survey conducted with a cross-section of 500 staffing and recruiting firms.

The survey revealed that over 67% of people working in this profession are women.

When I’ve asked women why they enter this profession, they respond with three answers. First, they are very fulfilled by helping people advance in their careers and making a difference in their lives.

Second, there is no limit on the income they can earn. According to a survey conducted in February 2021, the average salary for an in-house Talent Acquisition Professional is $62,917. And according to a survey conducted by Top Echelon, the average placement fee reported was $18,571. If a third-party recruiter placed two people in a job each month, they would earn $150,000+. Although this income sounds fabulous, it is performance-based. There are many third-party recruiters who earn substantially less and there are high achievers who earn much more.

Third, when they need to contact candidates or clients after hours; they just need their phone, allowing them to balance work with other commitments.

When I speak at conferences, it gives me great joy to see so many women in the audience that I know are changing lives for the better on a daily. There are obviously many talented male recruiters, however, the number of women in our profession is a testament to how great they are as talent acquisition professionals and recruiters.

In 2020, it was very discerning to realize that women were leaving the workforce in the US at a rate four times higher than their male counterparts. Nearly 2.2 million women left the labor force between February and October 2020, according to a new analysis from the National Women’s Law Center.

It soon became clear that the responsibility for childcare, virtual learning and dealing with the backlash of the pandemic fell on the shoulders of women in the workforce.

According to an article published in September 2020 in the Wall Street Journal, “women have already lost a disproportionate number of jobs. That is partly because of a segregated workforce in many fields in which women make up more of the lower-income service and retail jobs that vanished as Covid-19 gripped the economy. While women are 47% of the US labor force, they accounted for 54% of initial coronavirus-related job losses and still make up 49% of them, according to McKinsey & Co.”

About one in five working mothers surveyed this summer for the sixth annual Women in the Workplace study say they are considering dropping out of the workforce, at least temporarily — compared with only 11% of fathers. An additional 15% of mothers report they may dial back their careers, either by cutting their hours or switching to a less-demanding role. Among women with young children, the struggle is especially acute: nearly a quarter say they may take a leave of absence or quit altogether.

The findings come from one of the most comprehensive pandemic-era surveys of working women and men, in which researchers at McKinsey and Lean In polled more than 40,000 North American employees. If employers don’t take more action to shore up mothers in their jobs, McKinsey and Lean In warn, “they could see the percentage gains women have made over the past several years up and down the management ladder dissipate."

In the future, many women will be seeking remote opportunities or hybrid opportunities that involve working from home and in the office.

There is a renewed focus on DEI (Diversity, Equity and Inclusion), with many companies proactively appointing DEI roles and making financial commitments to change inequities that currently exist.

This will greatly benefit female candidates.

According to the US Census Bureau, women of colour make up 39% of the nation’s female population and 20% of the entire US population.  Women of colour generate $1 trillion as consumers and $361 billion in revenues as entrepreneurs, starting companies at four times the rate of all women-owned businesses (Bentley University, “Intersectionality in the Workplace: Broadening the Lens of Inclusion,” 2019). And yet, the reality of women of color’s representation in all areas of business is glaringly uneven. This brief provides an overview of why DEI efforts are a passionate focus for WBC.

Catalyst reported in September that more than 60 global corporations, including Accenture, Bank of America, Chevron, Deloitte, EY, Google, KPMG LLP, Pfizer, Procter & Gamble, PwC, Uber and Visa, joined the groundbreaking Gender and Diversity KPI Alliance (GDKA) to support the adoption and use of a set of key performance indicators (KPIs) to measure gender and diversity in their companies.

Whether it is in the recruiting profession or while conducting a job search, women are changing the way businesses are recruiting and hiring. The HR profession is evolving into a data-driven, technology-focused field in addition to the primary focus of talent acquisition, engagement, retention and employee relations.

With so many changes in the job market post-pandemic, many women are successfully pivoting their careers into new professions.

While the pandemic did negatively impact many of the professions listed earlier, new jobs have been created. A great example of this was included in an article published by Barron’s, which stated that “CVS Health announced Monday it was hiring 50,000 people. CVS said the new jobs included sales associates, home delivery drivers and others. It said it would hire workers who had been furloughed by CVS clients including Hilton Worldwide Holdings and Marriott International, which furloughed tens of thousands of employees.”

Women in a job search should research opportunities that didn’t exist 12 months ago. If they want to pivot into another career, they should conduct informational interviews with individuals in the profession they have targeted. This will reveal what credentials are essential and what transferrable soft skills they possess.

There are also opportunities for women in skilled trades and other opportunities that were previously male-dominated. Post-pandemic, there are many positions available in medical, transportation and research fields.

With the tremendous shortage of talent, initiatives focusing on DEI and the ever-changing job market, women have many options they should consider. Based on data quoted in this article, it should be apparent that doors that may have been previously shut to women, are now open. This is a great time for women to focus on advancing their careers.

Hire the Best - Not Just the Available - Candidate