5 Reasons Why Now is the Time for Appreciative Inquiry 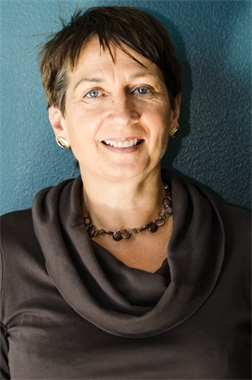 Think about change differently and engage with new methods

Appreciative Inquiry is an approach to achieving organizational change that differs substantially from what has gone before. Here are five reasons we need to think about change differently and to engage with the emerging methodologies such as Appreciative Inquiry.

Traditional, top-down, designed-then-implemented change takes too long and is too hard to push through an organization. The plan is out of date almost as soon as it’s made. People resist change that is imposed on them. They grow passive and demoralized as they wait to be told what to do. Change needs to be fast, flexible and proactive; focused on maximizing tomorrow’s possibilities rather than rehashing yesterday’s mistakes. It needs to be engaging and motivating and to take everyone with it. Change is a constant process not an occasional event. The future needs to be co-created by those involved. Appreciative Inquiry is a change methodology for our changing times.

2. Resistance costs too much

Traditional, planned, project based change frequently induces resistance. Resistance slows down change. It first diverts and then consumes huge amounts of managerial energy and attention. The hostile response to change imposed from the top frequently illuminates unforeseen problems and obstacles that cost money to put right. This is an expense that can be avoided or minimized by early, active engagement in the change by those to be affected. Resistance to change adds to the cost of change both by diverting managerial time and energy and through direct expense on modifications and corrections. By involving people and giving them a voice from the beginning, Appreciative Inquiry co-creates a sustainable, valued, endorsed and appreciated approach to change. Resistance is no longer part of the change conversation.

3. Change is not a commodity to be bought

Organizations put a lot of energy into getting ‘buy-in’ to their plans for the future. This activity comes after the plans have been made when other people have to be persuaded of the rightness of the plans. It is hard to sell to those who aren’t buying. If I can see no value in the change being proposed, why should I buy it? Appreciative Inquiry ensures that all those who are part of the change are involved at an early stage in co-creating inspiring visions of a future of which they want to be part. In this way Appreciative Inquiry shifts the conception of the buying and selling of plans to the co-creation of dreams. Invited to bring their expertise to bear at an early stage, being involved in design ideas, being heard, being valued, having a role in shaping their destiny, means people are co-creating a future that holds attraction for them. Which in turn means that people are already bought into the future and don’t have to be sold it.

4. We need to use all our intelligence

The world is more interconnected that ever before. Everything affects everything else. We need all the intelligence we can get to keep up and get ahead. Treating most of the organization as ‘hired hands’ and only the top echelons as the brains of the business wastes a huge amount of organizational intelligence. Appreciative Inquiry brings all brains, experience, skill, and knowledge in the system to bear on the challenges of keeping up, getting ahead, doing right, doing well and flourishing.

5. How we do the change is how we create our organizational culture.

Organizational change can no longer be separated from business as usual. How organizations ‘do’ change has an impact on the organization as a whole. It is a mistake to believe that you can push change through and trample over sensitivities and good practice to make the change happen and then revert to a different culture afterwards. People don’t forget being badly treated. Appreciative Inquiry allows us to approach change in a people-centered, positive and engaging way. This is because Appreciative Inquiry has a strong emphasis on creating and recreating positive mood and feeling without denying difficulties and loss. When feeling good people are likely to be more creative, more generative, share information better, grow and learn better. They are likely to be more energized, be bolder and braver about innovating, be able to deal with more complex information, and to respond better to change. Appreciative Inquiry builds positive energy and helps people feel good in the hardest of circumstances. In this way it both creates good conditions for change and lays the basis for a positive and adaptive organizational culture.