Accidents Are Always the Driver’s Fault – Or Are They? 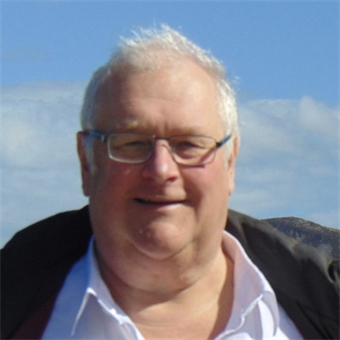 Accidents are bad news for everyone. Lots of people in a company can be affected.

Most importantly, drivers and other road users can be killed or injured, but the Traffic Supervisor might have to rearrange deliveries without the vehicle involved, the Finance Director will be impacted by direct and indirect costs and the Sales Executive may have to explain to a customer why goods have not been delivered.

But where does the blame lie? Surely it must all be down to the driver? It can’t be anything to do with anyone else. Or can it?

Actually, lots of people can play a role in causing accidents - and by changing the way they think and work, they can play an important role in reducing accidents.

In this article, I will look at some of the ways people in many different parts of the organisation can affect accident rates.

A superficially attractive way to improve driving standards is only to employ safe drivers – but that is more easily said than done. There is already a shortage of LGV drivers, which is likely to get worse: almost half of UK drivers are over 50, and very few young people are coming into the industry to replace them as they retire.

It is well worth the effort to identify good drivers and retain them. Paying low wages or other negative policies will be counter-productive, as poor productivity and high accident rates drive up costs. But what proactive steps can you take to hire good drivers?

It is often difficult to get the right balance in managing health. Clearly, drivers must not drive if a medical condition makes this dangerous, but a culture in which reporting a problem results in instant dismissal means they don’t, despite the dangers.

The HR department must develop a policy which balances these needs. For example, the policy might stipulate that a driver must declare a condition as soon as it is suspected, and then seek medical help immediately. If they are advised to temporarily refrain from driving, they should be placed on alternative duties.

It is unrealistic to expect a company to do so indefinitely, and some companies therefore cover the cost of insurance against losing a licence for medical reasons, paying a lump sum to cover retraining. A driver who fails to declare relevant conditions should however face disciplinary action.

Sadly, these are often non-existent. A driver arrives for a new job, is given a list of deliveries and sent on their way. Sometimes they get a drivers’ handbook, but no chance to read it. HR should ensure these things don’t happen.

It is unrealistic to expect anyone to perform well in any job without initial training, and a handbook should contain all relevant information so that the driver is made aware, and can refer to it later if necessary. A handbook which is never read, or cannot be easily understood, is of no use to anyone.

Likewise, HR should make sure that training does not end with induction. UK law requires training to continue throughout a driver’s career. This can be taken in various combinations, for example annually as a minimum of one 7-hour day. This might be aimed at introducing a new skill, such as ADR training for the carriage of hazardous goods. However, it can also be aimed at improving existing skills – and accident prevention is a very good target area. This should be considered as a minimum level of ongoing training, and good employers will allocate a budget which can be used for continuous development.

I have long believed optimal vehicle routing is one of the most under-rated skills in logistics.

The aim is to route vehicles so they collect and deliver in the most efficient way, without too much time or mileage, and in line with what customers want. Software packages help, but a good vehicle router is a great asset.

You may have to deliver to pre-booked slot times, but when you book, think about:

A superficial look at a map might show the shortest route, but the road might twist and turn, and/or pass through lots of towns and villages. A longer route via the motorway will probably be safer - and quicker. But if you have to deliver to a difficult area, be it Snowdonia or the middle of Cambridge, send a smaller vehicle.

At the end of a shift, all drivers should be debriefed. This should include safety – have there been accidents or vehicle damage, or anything likely to cause these.  Any mechanical defects should be reported - and quickly rectified!

Falling asleep at the wheel is a very dangerous thing to do. Things to consider include:

The supervisor should take steps to ensure that there are no distractions for drivers, eg:

The Sales and Customer Service Departments

It is the natural instinct of those who sell services for a living to keep customers happy.

Unfortunately, this can result in promises being made which make life difficult for the traffic desk – and drivers. Examples include bookings at awkward times, or offering timed deliveries when the customer would happily accept them any time.

Anything which makes life difficult for drivers will create more accidents in the long run – something which some people will sadly not even think about.

Before making a new commitment, sales personnel should consult with their logistics colleagues as to its implications.  It may be impossible to achieve without a driver taking otherwise avoidable risks – and of course, in some cases the cost may exceed the profit on the consignment.

There is an old saying “Look after the pennies and the pounds will look after themselves”.  My experience of the transport industry is that this is not true – penny-pinching is short-sighted and can cost many pounds.

There are two main ways the Finance Department can help:

In short, make sure the right vehicle is selected. This could be an article on its own, but an example is engine size.

It is tempting to buy a van or truck with a small engine. It will be cheaper, and if you look at the simplistic figures a few kilos saved on the weight of the engine will add a few kilos to the payload.

However, if payload is that important, and you often operate close to maximum weight, the vehicle will be under-powered. This will be likely to cause accidents, either because power is not available when needed, or because drivers are reluctant to slow down.

Also, many optional extras are available today which help to avoid accidents.  Most will pay for themselves quickly, and sometimes reduce insurance premiums.  Examples are:

It is common practice for finance managers to set productivity targets throughout the business, and seek continuous improvement every year.  However, in transport the opportunities to do so may be limited, and the only way in which productivity can be increased is to rush.

Driving a vehicle safely and rushing are not compatible aims. Setting a target to reduce accident rates and their associated costs will be much more appropriate.

Let us not forget the boss – CEO, MD, or whomever.

The most important thing they can do is to instil a safety culture so that behaving dangerously is completely unacceptable in the company.

Too often, Health and Safety policies are based on top-down management, with a “Don’t do that!” approach. If rules are not being followed, the reaction will be like that of a critical parent talking to a child: re-iterate instructions, and imply that the person not obeying the rules is stupid. The reality is that many people react negatively to such a style after the age of 10, so it does not work very well.

A more sensible adult would approach the question with curiosity, and ask why the rules are not being followed. There might be a good reason – perhaps safety equipment is not being used because it has been broken for a month and despite requests, it has never been repaired because the boss does not want to spend the money.

There will of course be some occasions when the rule has been broken for no good reason, for example, the employee could not be bothered to go and fetch the equipment. However, in most cases the reason will be environmental rather than personal, so most attention should be given to the environment and a lesser, but still important, amount of attention given to the individual.

Even if your job is not one I have mentioned, you still have a role to play.

Do you work in the warehouse?  If so, you and your colleagues need to make sure the vehicle is loaded in good time, that the load is evenly distributed and not likely to collapse, and that the truck is not overloaded.

The list goes on... it is almost impossible to think of a job in the industry which has no impact on accidents. Whatever your job, make sure this is something you never forget.

Health and Safety in Logistics