Big Brother Is Watching Us (But We're Watching Him, Too) 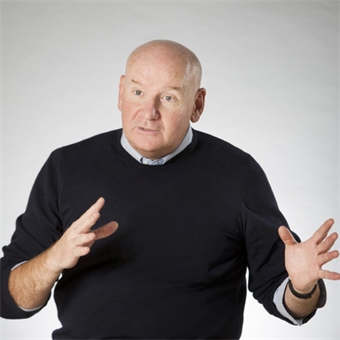 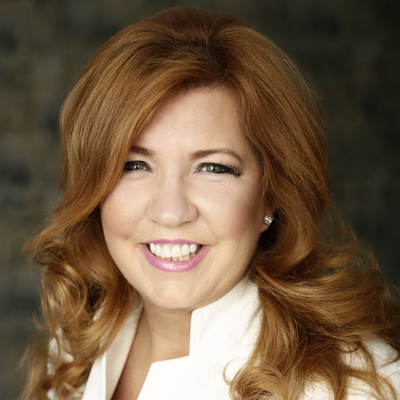 Why leadership needs to change

In the last 25 years, the world in which leadership operates has shifted on its axis. It used to be an overwhelmingly male, heterosexual, patient, predictable, factual, planned, white, long-term, Western-orientated, technology-leveraged, deflationary, structured, left-brained rational, broadcast, top-down, militarily symmetric world.

The rapid change has exposed leadership. Since the turn of the century, we have learned that around the world, our corporate leaders have illegally avoided taxes, rigged interest rates and destroyed pension funds as they themselves grew wealthier. Collectively, they oversaw unprecedented destructions of wealth, the collapse of the financial system and watched as life savings placed into investment funds set up by leaders of unimpeachable integrity turned out to be Ponzi schemes.

If that wasn't enough, our spiritual leaders have covered up sex abuses within the Church, charity leaders have exploited the vulnerable and political leaders have admitted to sexually inappropriate behaviour.

These events sound unlikely, unbelievable, even impossible, but they all happened. Outside of the cataclysmic events of the world wars, it is difficult to remember a time when leadership has appeared more thoroughly and completely discredited. This cannot just be down to greater visibility. Nor can it be down to human nature. That hasn’t changed either.

So what has gone so wrong as to bring about this situation? Leadership is supposed to have what the military calls "situational fluency". That means they should, at least, be aware of their surroundings and be able to analyse (drill-down) as well as parenthesize (look across).

Analytical thinking has become dominant because of the amounts of data out there. We want to know more about what we know. The part excluded by this is the synthetic, or imagined, world. If we only focus on the data that tells us how successful we are, we cannot imagine what might bring that success to an end. Leaders need to be better at parenthetical thinking, at connecting the dots, and understanding the mood as well as the math.

The recent arrests of Carlos Ghosn, the former Chairman of Nissan and current CEO and Chairman of Renault, and of Meng Wengzhou, the Chief financial officer of Huawei, both indicate that these leaders did not have situational awareness, let alone fluency. How could they have both been so utterly unaware? In part, the answer is that leadership is accustomed to treating private companies as if they are personal or national assets. Ghosn is accused of using company resources to under-report income and to finance his personal lifestyle. Huawei is being treated as if it is a state entity engaged in illegal relations with Iran and or industrial espionage, not as a private company. Perhaps that is what they have in common – leadership today feels entitled to do what they will with private company assets.

Of course, the dividing line between personal power and company assets has been blurry for a long time. Many of the biggest firms throw parties at international conferences like Davos and various global institutes saying that this serves a client and business function. Private jets and private getaways are considered a normal part of cutting deals. Many CEOs and aspirants to the role might easily ask, what is the point if not the power and the parties?

The answer has changed. 20th-century Leadership was all about the leader. The iconic, sole, infallible leader who issued orders from the top was best exemplified by the former CEO of General Electric, Jack Welch. His autobiography, titled Jack, captured the adulation.

But leadership in the 21st century is no longer about the leader. It’s about the ship. Are parties, private jets and corporate perks serving the interests of the ship? This is an important question in light of other abuses of power that have come to light. Would Harvey Weinstein and Roger Ailes and even Carlos Ghosn be as capable of getting their way in business deals, had they not controlled access to corporate perks? Are those same corporate perks the provenance of domineering behaviours that are not appropriate in the workplace? They don’t fit the model of servant leadership with its 4 ‘H’s of Humble, Happy, Hungry and Honest. It’s difficult to be humble when luxuriating mid-Atlantic in your G5.

Turning the tables on 'Big Brother'

Leaders are often aware that they have much more data to understand their customers and their communities. Why can they not see that their customers and communities have much more data to understand their leaders? There are increasing ways that leaders can be monitored, by their cell phones, their satnavs, their financial footprints - and that’s just the start. As the internet makes its way into the so-called ‘machine layer’, it will not be Big Brother that’s watching us, but the other way around.

Take the company SenseTime for example. This is a promising start-up that uses facial recognition to indicate truth. The future implications of this are interesting; it could lead to a corporate leader being interviewed, the software reading micro-facial expressions that indicate mendacity and the stock being automatically shorted. In this instance, the personal performance of the leader and the corporate interest are fused into one person, one face even.

This blurred relationship not only works up and down the organization, but across public and private sectors. Nations have long demanded that private firms adhere to state interests. Washington regularly asks Silicon Valley to hand over data. Amazon's Alexa has now been subpoenaed in murder trials. It is, after all, the most reliable of witnesses. Google has been accused of handing over personal data to both the Americans and the Chinese leadership. Now, Huawei is accused of being a state instrument that may permit China to gather data across their devices and networks. This is not the basis for the legal allegation. But, there is the suspicion that the legal investigation into Huawei’s contacts with Iran may be fuelled by the view that Huawei is a part of the state’s intelligence apparatus. There are those who have similar suspicions about Google and other Western media companies. All this suspicion stems from the belief that private intelligence can and should be recruited into official state activities.

The world we’re heading into promises much more data. At present, the total data being used by the internet is about 1.2 Zettabytes. This is forecast to rise to 5.8 Zettabytes over the next ten years. We’re only really at the beginning of the great data explosion. More people will have more access to more data than ever before. Some ask whether this will be good? It’s not that simple. It will be good and bad. It’s great, for instance, that Wikipedia is one of the world’s great information success stories. The presence of cheap, freely available information has not yet led to great enlightenment. Moreover, the rise of easy information may be correlated with the rise of bigotry and xenophobia. Nor has the rise of greater material wealth been met with a proportionate rise in happiness and well-being.

However, our leaders respond to the two-way mirror of data, one thing is for sure – they ignore the reflexivity at their peril. They can see us, but we can more clearly see them. The catalogue of wrong-doing above identified in The Leadership Lab is growing. It is time for leaders themselves to recognise that data analytical thinking alone, is simply not enough -  parenthetical thinking is now essential too.

How to Lead in a Global Pandemic Crisis