How the Work of two Nobel Laureates Validates Contract Managers 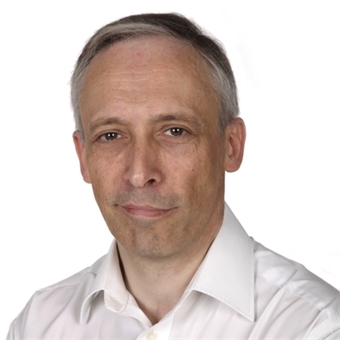 It’s great when your profession is recognized with a Nobel Prize. For those of us planning, negotiating, executing and managing contracts (and that’s a vast number of us who work in business) we now have, albeit vicariously, just a little Nobel recognition for all our hard work. The Sveriges Riksbank Prize in Economic Sciences went jointly to Oliver Hart and Bengt Holmstom. Their work seeks to understand the role of power relationships in human interactions.

Behind the dull-sounding ‘contract theory’ for which Hart and Holstom were recognized lies a foundational truth: if people want to work together successfully, individual self interest needs to be controlled. The difficulty in writing contracts that anticipate all future situations seems (to lawyers) to be crucial. But to get true agreement on the distribution of all risks and rewards can be close to impossible. Yet the reluctance to undertake work without just such a contract in place could be sufficient to prevent potentially profitable and mutually advantageous relationships forming. Oliver Hart reasons that organizations solve this problem by deft use of relative bargaining power, which exists by virtue of ownership and control of key assets, such as intellectual property, skilled employees or specialist plant and equipment. Instead of contracting in such a way that all possible future scenarios can be anticipated and legislated in the contract, parties agree to trade in the knowledge that such practical ‘ownership’ gives them to acquire a useful share in any profit. In other words, both sides accept a measure of contractual risk, in the expectation that risk can be managed and mitigated.

Commercial power entails costs as well as benefits. Oliver Hart demonstrates that workers and managers will make decisions on precisely how they work and the effort they invest depending on the extent of future ‘profit’ they can expect. Where workers expect high personal reward, they are likely to be more incentivized to work for the good of their employer than those paid in peanuts. Hart demonstrates with precision why inmates fare worse at privately run prisons than at public ones. Managers at both are concerned about the financial bottom line, but the incentive to reduce costs is sharper in the private sector, because profits flow directly to private owners. This fairly obvious truth may go some way to explain recent troubles in UK prisons.

The work of Finnish economist Bengt Holmstom focuses on the behavior of individuals rather than organizations. Power dynamics can boil down to the relationship between one person (a principal) who needs the services of another (an agent) to carry out some task. The principal can use contracts to influence the incentives offered to the agent, so as to better focus their efforts. But optimizing these incentives can be tricky. A business owner setting pay for a manager wants to get that employee to deliver the best possible results. Linking a financial bonus to profits, for example, is an obvious and well-worn mechanism. Yet profits fluctuate for reasons that have nothing to do with managerial effort, such as broad trading conditions or the state of the economy. Holmstom believes that bonus payments that mostly reward on crude bottom line ‘profit’ measures actually reduce the incentives influencing the manager. It is better to base contracts on more sophisticated measures such as profits relative to industry average, which tend to reflect a manager’s true performance, especially when measured over time.

None of the preceding may be considered as rocket science to busy practitioners. Yet Hart and Holmstom have added academic and scientific rigour to the field of contract formation and management. The Nobel Committee has recognized two economists who rightly place power dynamics at the centre of contract relationships. And they have given those of us who struggle daily in the contractual battlefield the comforting knowledge that our efforts are beginning to be recognized as a scientific discipline. Now we have two heroes to admire.