How to Get Ahead as a Woman in Semiotics 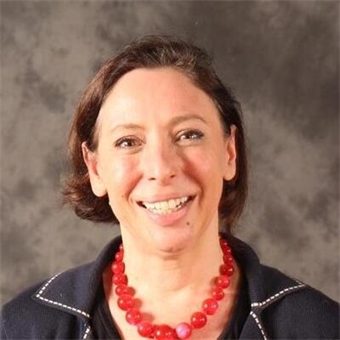 If you’re reading this, you may already know that semiotics is a qualitative research method and the study of signs and symbols. The reason why we study signs and symbols is that they convey meaning and all brands use them, intentionally or unintentionally, as the building blocks from which they construct their ads, web copy, social media messages and all consumer touchpoints.

If you’re a woman, you already have a head start. Women are over-represented in qualitative research. While I would be happy to see more equal representation of women on the quantitative side, you at least have the benefit of easy access to qualitative research because that’s what women are 'supposed' to be interested in.

Here you will find all manner of techniques – semiotics, discourse analysis, ethnography – which are exciting, right at the cutting edge of research (and which people will believe you are especially well suited to because you are female).

British Commercial Semiotics was founded by a woman.

Semiotics, as the British marketing industry knows it today, was placed on the research methods map by the legendary Virginia Valentine. She wrote some of the earliest published papers on semiotics for brands and battled fearlessly to get it known and accepted in the market research repertoire. You are benefitting from the legacy of a great woman who was years ahead of her time.

Western semiotics is full of postmodern and post-structuralist philosophy. While there is (still) a bias towards men in academia, some women philosophers such as Luce Irigaray, Hélène Cixous and Julia Kristeva contributed invaluable insights on how women’s writing, and their ability to interpret writing, is different from men’s.

I think it was Cixous who said that women’s writing happens in the spaces between the lines. She means that men’s writing, and by extension, men’s philosophy, is positive and material. It makes firm statements about the world and firm marks on the page. It counts objects in the world. It gives them names.

Women’s writing, which has always been made to take second place in the grand scheme of things, has to fit around these masculine conventions and precedents. But women philosophers and writers do not simply mimic men. They have their own voice, sometimes a soft whisper, and it finds its home in the white spaces between the marks that men made.

Lest this sound like an abstract point of philosophy from a long time ago, let’s remember that doing semiotics well is above all the art of noticing what is absent in a visual image or passage of text. What has been excluded? Whether it is a curiously undecorated Dutch shopping mall, an item of packaging that is mostly empty space, or an advertising image of Pepsi pouring from a bottle that is held in an unseen hand, cropped out of shot, the meaning of anything from a semiotic point of view substantially depends on the ability to notice what is missing.

Historically, women have had fewer opportunities to speak, so it’s not a surprise that we’ve become good at listening. All this will get your professional practice in semiotics off to a great start.

Women know the value of sharing.

I know, capitalism. It is predicated on competition. All of us in marketing are supposed to be competing with each other, hiding our technologies and secret ingredients, trying to make ourselves look good at somebody else’s expense. But because women have not had the earliest or most direct route into capitalism, we learned a long time ago that sharing and co-operation goes a long way.

We share conceptual tools and project management advice; we pull out literature from libraries when another woman needs it. We are only half in competition when it comes to business and the other half is about forming supportive relationships, an aspect of life where we’ve been allowed to excel.

The new style of thinking around marketing is that sales is 'out' while sharing, helping and co-operating are 'in'. We could think of this as the feminization of marketing, so congratulations, you probably already have all the skills.

Want to know more about semiotics? You should definitely read Using Semiotics in Marketing, because it could be the start of a whole new career.