How we Became Successful Young Entrepreneurs 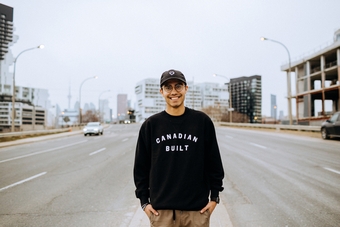 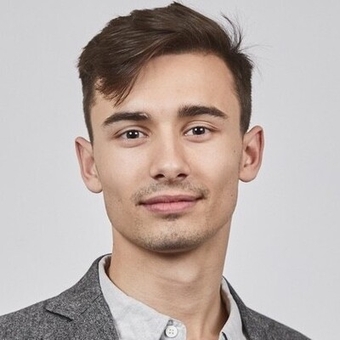 Swish Goswami and Quinn Underwood share their journeys to becoming successful young entrepreneurs. Despite common thinking that young entrepreneurs skip out on traditional forms of education, Swish and Quinn met during their time at university and successfully launched and sold businesses whilst continuing with their studies.

I was born in Singapore and was naturally a very curious individual growing up. I was exposed to many environments and was given the freedom to explore different interests. Through this, I started to build a mindset driven toward problem solving.

When I was 14, I joined a program called Junior Achievement. I had the chance to run a company called Tracy’s Pins, which was quickly named Southern Alberta Company of the Year. Tracy’s Pins sold custom lapel pins to schools, events and conferences around Calgary. This experience taught me a lot about what it takes to run a business – from coming up with a name and forming a team, to getting our first sale and marketing our product online. This experience also solidified in my mind the idea that I might have a future in entrepreneurship.

In high school, I debated on the national team for Canada. If you're debating at a high level, you typically want to get into law or politics. Knowing this, when I went to the University of Toronto, I went down a path toward getting into law school. Two years down the road I ended up not completing my undergraduate degree because I fully succumbed to my entrepreneurial drive.

Did I need to drop out? Absolutely not. In fact, I had started previous projects while I was at school. During my first year of university, Quinn and I tried to start a company called FoodShare, with the goal of providing students with leftover and excess food from restaurants and cafes nearby. Although it was a failed project, I learnt a lot about putting an idea together and getting it off the ground. The process of starting something from scratch was something I became addicted to.

Four years after building Surf, I believe there are three aspects of being a successful entrepreneur.

1. Have a very clear focus on customer feedback instead of excessive planning

In the early days of Surf, we didn’t plan out the idea for 6 months, which is what I find a lot of aspiring entrepreneurs do. Instead, once we had the basics written down, we took that idea to a platform called InVision, where we built a non-functional wireframe. Then we immediately started talking to people about it. We asked questions such as: ‘What would you pay for this?’, ‘Would you use this?’, ‘What other products like this are out there?’. This feedback was crucial to allowing us to understand whether there was truly an opportunity in this space.

2. Having a clear focus on your people

I realized that being a good manager and being a good entrepreneur are two different things. Managing people was something I needed to work on. You must realize that if you’re an entrepreneur, you are there to help your employees. That is your job as CEO. Your employees will only work hard for you if you work hard for them. They are there to help your company grow and so letting them have the freedom to grow within their role is important.

3. You need to know your market and where it’s going

We’ve iterated our product’s direction several times at Surf. We started off as a platform that a brand could use to find out who their biggest fans on social media were. In 2020, we realized that the world was becoming more privacy conscious. Third-party data (ex. Cookies) would be deprecated and regulations like GDPR would make user-permitted data more important. So, we decided to move quickly to adapt and build out a platform that would allow us to collect “zero party data” from people who were opting in and being compensated for their data. All our iterations were mainly based on where we believed the market was going and what our customers were telling us.

My route to entrepreneurship was a circuitous one, as they often tend to be – a cascade of serendipitous events and discoveries that ended in the question, “why not me?”.

Growing up, my parents owned and operated a small bagel bakery – I spent more than a few nights and holidays as I grew up helping them (though I’m not sure how much help I really was) deliver bagels at four in the morning across our small town, starting while it was dark and finishing just as the sun came up. There were nights when a baker was out sick or just didn’t come in and my brother and I would go to sleep on the tile floor of the bakery in the sleeping bags we had brought, knowing that it would be a long night preparing the next day’s batch with our parents. I share these experiences because I didn’t discover entrepreneurship as a career path so much as I learned from watching my parents build something of their own. I learned how much work it takes and how challenging it is, but also how meaningful it could be to build new.

I left high school thinking I wanted to be a doctor – more through a process of elimination than from any serious conviction, thinking that I didn’t want to be any of the other three careers I knew of: engineer, lawyer or business… person? As I began university, I found myself serendipitously exposed to friends and mentors who showed me that building something of my own was an option. From afar they seemed impossibly successful and impressive, but up close they became more normal and approachable, for shared behaviours and characteristics that seemed less innate ability so much as a learnable means of looking at the world. Their common thread wasn’t unimaginable intellect or innate salesmanship or family wealth, but a deep sense of curiosity, the ability to suspend disbelief, a fierce persistence and a default-to-action mentality.

With each subsequent exposure to those friends and mentors and with each attempt of my own at creating something new, I realized that there wasn’t anything profoundly different between the people I admired and myself. I just had to ask, ‘Why not me?’. And not all at once – it started small, each attempt laying the groundwork for the next. First a small club at our high school; then a non-profit focused on supporting grassroots organizations across our home city, Vancouver, and abroad in the Indian state of Maharashtra; later at university, a telehealth company working with health centres across Bangladesh and East India; then, my first start-up, a software to track and predict the spread of information and media online; and finally, the company I’m building now – Autumn, a start-up that uses AI to passively measure and predict signals of psychological health through analysis of language data.

With each subsequent attempt, I became just a bit more obsessed with the idea that I could change and influence the world around me through a figment of imagination made real and it's exhilarating.

Are You Unlocking Your Entrepreneurial Style?

How to Deal with Your Demons