How Will Coronavirus Impact the Dynamics of Maritime Economics? 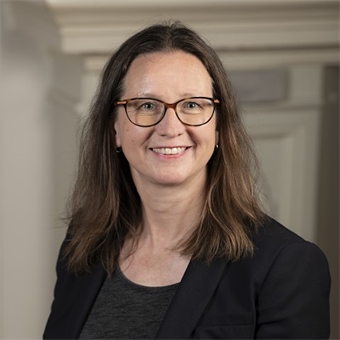 Strong changes in demand and supply are normal in the maritime transport market, but the global pandemic has changed the industry.

The correct timing of ordering, selling and scrapping new individual ships and buying and selling used tonnage is often held as a more important factor for the bottom line of a company than the actual operative business of selling their cargo space at the right price.

Strong changes in demand and supply are very usual in the mari­time transport market. Major changes happen both during periods of global economic growth and downturns, as well as in the shorter term, for example with the change of seasons.

The biggest fluctuations in demand and supply take place when the state of the global economy changes, and global trade decreases or increases as a result. In these economic situations, the amount of products and raw materials traded using maritime transport changes swiftly, affecting transport volumes.

Shorter annual cycles follow, for example, the timing of the ripen­ing of some fruits and grains and the decrease of production that regularly takes place during the summer months. These cycles are anticipated and usually easy to predict, unlike fluctuations caused by periods of global economic upturns and downturns.

Freight rates fluctuate greatly depending on the vessels available. The freight rate is determined on the global market according to the demand and supply of vessels and freight. The supply of cargo vessels is rigid and inelastic, and, consequently, even if the demand for cargo ships increases, increasing the actual total available shipping capacity in response might take several years.

Shipbuilding, resale and scrapping markets are very sensitive markets. It takes a long time to build a new ship, and a ship will operate for as long as 25-50 years. Thus, it’s not certain what the state of the market will be when the ship is completed, and ships usually make both profit and loss during their lifetime.

Consequently, there are often too many or too few ships in operation. Thus, the freight rate changes quickly with the changes in global demand. When the market changes, shipping companies often cancel the construction of new ships or make changes to an existing construction project in the middle of the designing phase.

During the Corona crisis in spring 2020, the consumption of oil dropped worldwide. Based on maritime economics theories, one would have expected that the prices of oil tanker transports would have dropped at the same time. However, their prices of oil tankers rose very rapidly dozens and even hundreds of per cents depending on the size of the vessel and route.

The reason for this strange phenomenon was that even though the consumption of the oil had rapidly decreased the oil production did not decrease. Therefore all the large oil tankers were used as storages and there were too few carriers on the service.

It is very had to predict how this phenomenon will end, but one can estimate that when the production of oil is decreased, the storages will empty and the large tankers will come back to service, with a lower price.

The Environmental Impact of Maritime Transport (and How to Combat Emissions)