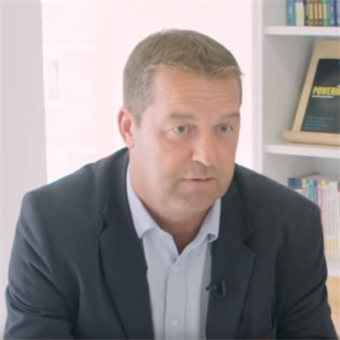 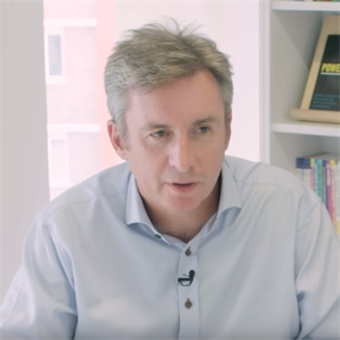 In our book “Powerhouse”, we shared insider accounts of our research into the high-performance models of 12 exemplars drawn from diverse fields of endeavor across the world. We visited each one of these institutions, met their leaders and teams and observed them as they went about their business with a view to exploring and understanding in detail the drivers of their success.

The US Marine Corps was one of the exemplars that we studied, and one aspect of their Marines’ model that really resonated with us was their focus on values as a real, visceral start point for success.

The Marine Corps values of Honor, Courage and Commitment have been long-established. However, they are as relevant and central to the Corps today as when they were originally launched. Indeed the main purpose of the boot-camp training that we observed at Parris Island is to inculcate new recruits with the Corps values – defining them, illustrating them, and ultimately driving the recruits to adopt them permanently as their own – Semper Fidelis.

Reflecting on how the Marines use values as a key enabler of their high performance model, we would highlight three key aspects as follows:

1. They link Values to purpose

The Marines link their core values of Honor, Courage and Commitment positively and explicitly to purpose – both of the Marine Corps overall, and of each individual function or group within the Corps. They do this by addressing the question “What do Honor, Courage and Commitment mean – in the context of our overall purpose (to win the nation’s battles) as well as in the context of what our group is trying to do?” Clearly the answer developed by a combat group deployed in the field differs significantly from that of a group of Drill Instructors leading recruits at Parris Island. However, by virtue of having the overall institutional purpose as a shared “true North”, these answers complement each other. Through this exercise, the Marines convert generic, abstract terms into specific concepts that are tangible, meaningful and relevant for those involved.

In business – particularly large Corporations – the power of values is too often diluted by “leaving them out there” as abstract, worthy ends in themselves. By internalizing and relating them to purpose (both corporate and team) – through discussion of the same “What do these mean for us?” question – these institutions could bring more focus, rigor and energy to their activities.

2. They link Values visibly to performance

The US Marine Corps is steeped in its history. Indeed the Corps’ history is very visible everywhere at Parris Island – whether in the form of statues, flags, posters and displays on view around the base, or in its prominence in the curriculum of boot camp recruits. The interesting thing though is that when historical stories are told, they are presented explicitly as examples of the core values of Honor, Courage and Commitment being lived (or not lived in the case of more negative events). As such, values are shown as being integral to the achievement of performance, with performance bringing obvious consequences in the forms of recognition and creation of enduring legacy (or infamy). Increasing the visibility of values “in action” in this way adds to their inherent meaningfulness and builds institutional self-confidence.

Examples abound within every business of individuals or teams achieving high performance outcomes directly by living their values. (If not, then those organizations have the wrong values!!) Leaders could – with minimal effort – go much further than they typically do in leveraging these examples to affirm the link between values and performance. In doing this, they would build significantly the personality and cohesion of their organizations.

3. They link Values to every aspect of their organization – including but beyond behavior

In the Marine Corps, implementation of core values goes beyond behavior to encompass every aspect of how things are done. It impacts the way in which the organization is structured (e.g. heavy emphasis on enlisted ranks and Sergeants in particular), the nature and functioning of key processes (e.g. those for deciding on and communicating orders), the nature and flow of information, and also the design and configuration of the physical environment. Extending the scope of their consideration and implementation of values in this way facilitates a tightening of all aspects of how the Marines operate – streamlining their model and sharpening significantly their focus on performance.

Discussions on values in most organizations usually default quickly to being solely about behavior. This, however, completely limits the opportunity for values to positively influence performance. Opening up the discussion to consider all aspects of “how we work and where we work” presents a huge opportunity for accelerating organizational improvement.

Statements of values are on prominent display in every institution we visit around the world. Invariably these are well articulated, capturing worthy sentiments and high aspirations on the parts of their leaders. It is diminishingly rare, however, to find an institution that really, proactively, puts its values at the heart of what it’s about and of how it performs. By linking its values proactively and explicitly to its purpose, performance and the totality of its organizational model, the US Marine Corps is a compelling example of just such an institution. As such it provides a great benchmark for others, in other fields, with genuine aspirations to be the best.