Rose Chapman's Experience of Rocking the Boat in a 'Man's World' 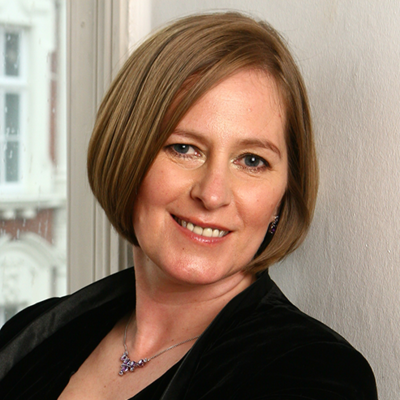 "My audacity traumatised my male colleagues."

To me, all women who have succeeded in their careers, having successfully performed in roles and activities that were not long ago in the men-only domain, are inspirational.

When I first entered the world of compliance and tried to explain to my mother that I had moved on from being an Executive Personal Assistant and into a role where I had my own responsibilities and agenda, she found it hard to comprehend. Having her upbringing between the two World Wars and being the only daughter in amongst 3 brothers, she may have won a place at a grammar school in the first year when girls were accepted in home town Market Harborough, but she did not expect to move in the male-dominated professional world. That I did was incomprehensible.

Entering into a virtually male-only realm, the biggest risk I took early on in my career was to make a stand with the UK’s financial services regulator that a requirement they sought to enshrine in regulation was impossible for firms to comply with. At the time, financial services compliance was very much a man's world, but my early reputation as a “safe pair of hands” for interpreting new regulatory developments gave me, sometimes scary, levels of opportunity. I could have got things badly wrong and suffered the consequences; instead, I learned to research thoroughly and accurately and to present myself well.

Most notably, as Compliance Adviser I was given the responsibility for the company’s compliance with the EU’s E-Commerce Directive, and quickly realised that part of the new regulatory requirements were just not right. I contacted the Financial Services Authority (FSA) who asked me to present my case to them in person. Being at a junior level, this created some consternation at the firm and I was chaperoned on my visit to London by two members of the Senior Management Team. The FSA thanked me for my observation and changed the requirement; my audacity traumatising my male colleagues.

Those women who have rocked the boat and prevailed stand out for me the most. Especially those who have not backed down in the face of adversity and denial inflicted to prevent them from achieving their goals. At the turn of the 20th Century, Suffragist leader Millicent Fawcett stood her ground and, whilst acting within the laws of the day, endured in her quest spanning decades to ensure that women in the UK possessed the right to vote. Her efforts helped pave the way for the nearer equality of women in the workplace today by making evolutionary rather than revolutionary progress. This is the way that I like to effect cultural change towards better governance, as the naturally rising tide rather than imposing the crisis of a tsunami with swift change. And when the pace of change appears too slow, I think of Millicent Fawcett’s steadfast endurance towards achievement across the years.

My experiences as a woman in business include bullying by male colleagues to keep me in my place or retain their advantage. Because of this, sometimes I have felt downtrodden and aggrieved. Today, though, I have the perfect inspiration for doing the best I can despite all the odds. Whatever one’s political view on Brexit, the feral verbal tussles and attacks being aimed at Prime Minister Theresa May as she attempts to steer the UK through robustly expressed opposing political views towards a successful conclusion, strengthens my resolve. I shall never forget the news of party members who invited her to a meeting, telling her to bring her own noose. Designed to intimidate? Certainly! Dreadful behaviour yet she keeps focused with energy on her Brexit mandate in the face of opposition from all sides, with tremendous criticism from detractors all around her. Remarkable!

Success is not always achieved via the easy route, often it is not, but the inspirational female leaders that go before us provide a focus and certainly strengthen me in courage and resolve in challenging times.

You may say that I have been lucky along the way, but my experience is that the harder I work the luckier I become.  My first degree was earned whilst bringing up children and working evenings in a restaurant kitchen, and all subsequent qualifications have been earned whilst in demanding full-time jobs. When I was commissioned by Kogan Page to write my book, Anti-Money Laundering, I was delighted, but then somewhat daunted as I committed to writing mostly between 4am and 7am before work, when my best ideas come through. I didn’t do much else that year but work and write, including when supposedly on holiday. The great thing that came in articulating my method of reducing organizational risk for anti-money laundering was the realization that it is - of course! - the same for compliance, and, contributes greatly to improved governance in an organization.

For young women entering the world of business today, I would say appreciate the sacrifice of women who have gone before you to pave the way for your success. Learn to be your authentic self, maintaining your integrity in decision-making, and seek to achieve balance in diversity and inclusion.

The importance of respecting cultural diversity in the world of business today as a female was brought home to me very clearly on a recent visit to Saudi Arabia.  I am always careful to respect local custom on my travels, maintaining discretion in my activities and modesty in dress, and whilst approaching the company office in Riyadh I was surprised to be greeted by a very grand-looking Arab man who emerged from a bank. Walking ahead of his entourage, he turned towards me and in a very formal manner thanked me for coming to his country.  I was shocked to be addressed, and then elated that I was visibly flying the flag for women’s emancipation in travelling independently with a purpose of my own. You can do that too. Be the inspiration that others can gain confidence from and achieve great things in their worlds.

My endeavour is that when I look back across my career I still recognise myself as the girl I was before, having inspired others to maximise their potential whilst remaining true to themselves.

What is the Difference Between KYC and CDD?

How Do Forensic Accountants Involved in Shareholder Disputes Deal with Issues of Uncertainty?