Should Your Company Change its Strategy During a Recession? 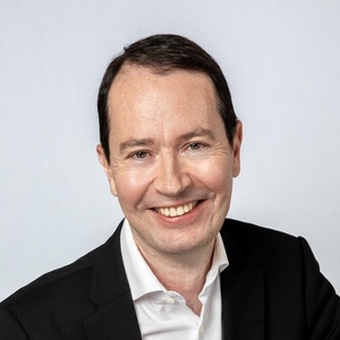 In a recession, the instinctive reaction of many business leaders is to cut Research & Development (R&D) and advertising costs. That’s understandable: lower costs are likely to compensate for the decline in sales caused by the recession and these areas tend to have the biggest spending and smallest short-term gain. But is their instinct right?

Do not simply cut costs

Unfortunately, it is not. A study of nearly 1,200 firms over a 35-year period showed that firms are often better off if they increase (rather than reduce) their R&D and advertising expenditure during a recession.

Why is that the case? In a recession, most firms decide to cut back on advertising expenses, which means that firms that don’t, immediately stand out from the crowd. In addition, during this time, advertising agencies and media channels will give them better price conditions. The same applies to R&D expenses. Since most firms drastically scale down their R&D budgets when times are hard, the ones that keep investing get greater benefit from their R&D than they would in a healthy economy.

So why do businesses keep on slashing their marketing and R&D costs in a recession? It isn’t just because they’re short of funds. Rather, it’s because cutting costs feels like the ‘common sense’ thing to do. Because most firms reduce costs, nobody will blame business leaders for doing so. They’re more likely to be blamed for not doing it, even if this would, in fact, be the best strategy.

So, what should your company do? There isn’t much research about which strategy is best. A classic study covering nearly 5,000 American firms from the early 1980s to the early 2000s found that 17 per cent of the firms went out of business during recession periods. Of the firms that survived, 80 per cent came out weaker, 11 per cent returned to their pre-recession performance level and only 9 per cent were stronger than before.

The study also showed that three strategies can be used to cope with a recession:

Looking at the issue in more detail, there are three ways to cut costs (reducing the workforce, improving operational efficiency, or doing both) and three ways to invest (investing in activities like marketing and R&D, buying up competitors, or doing both). Therefore, the dual strategy offers nine combinations of widely varying effectiveness. The optimal combination is cutting costs by improving operational efficiency (rather than reducing the workforce) and making both types of investment. Firms that take this approach have a 37 per cent chance of coming out of a recession stronger than they were before it hit.

The strategy used by a firm in a recession is not only influenced by its financial health, but it also depends on the top managers’ state of mind.

Twenty years ago, the American press faced a major crisis: the rise of the internet. How did the daily newspapers react? Despite what some people think, they didn’t just passively stand by. They made massive investments in response to what they saw as a deadly threat. The trouble was that they simply replicated their traditional business model on the internet. 85 per cent of the content on their websites was taken from the print edition and they offered online space to their usual advertisers. But they failed to see that online advertising could be more targeted than print advertising, and therefore attract new advertisers. Ultimately, the results of their actions were disappointing.

When a firm has to deal with a crisis, it tends to frame that event as a threat. That creates a sense of urgency and spurs management into action. Unfortunately, it also prevents any real strategic reflection. So, is it better to frame a crisis as an opportunity? Sadly, that doesn’t get better results. As this framing fails to create a sense of urgency, there’s a tendency to do nothing.

So what type of mindset should be fostered during a crisis? The best approach is to frame it as a threat (to trigger a reaction) and as an opportunity (to encourage a proactive rather than a defensive reaction). In the study of the American press, only a minority of newspapers considered the internet as both a threat and an opportunity. Their leaders created an independent entity that didn’t try to be an online replication of their print version, but aimed for the best positioning on the newly emergent market. They also went looking outside for the skills they didn’t have in-house. Before long, their efforts were rewarded with success.

During times of economic uncertainty and other crises, when cutting costs might seem like the obvious choice, and for many the only choice, it’s important to consider the research and adopt a dual strategy. Where there are threats, there are also opportunities – not just spending opportunities but also ways to transform your company culture and engage your audience in a new way. Don’t fall into the common trap of trying to consolidate your current business structure and thinking of the short term. The companies that increase their chances of surviving recessions are those that adjust their strategies to cut costs whilst simultaneously investing.

Why Do Hackers Target Businesses?

What does a discover-led approach to decision making look like?

Why Do Enterprises Find It Difficult to Adapt in Turbulent Times?