Teslism – the Organizational Structure of the 4th Industrial Revolution? 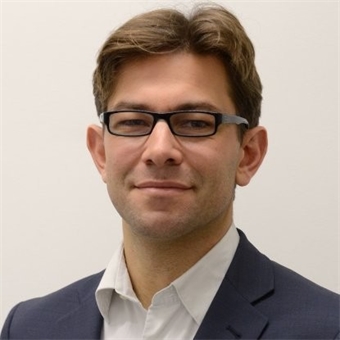 24 billion euros: such is the estimated worth of Europe’s future industrial landscape, according to investment bank GP Bullhound’s latest report published in June 2019 and named “Smart manufacturing: the rise of the machines”. Between 2013 and 2017, investment in the sector increased fivefold in Europe.

These figures attest to the fact that the industry is undergoing an unprecedented wave of transformations worldwide thanks to digital technology. Robotisation, artificial intelligence, automation: new technologies are changing the face of factories, transforming production processes and shaking up management methods. The fourth industrial revolution is here – there’s no doubt about that. Industrial companies have understood this well and most of them have entered the race to ‘Industry 4.0’ in order to keep up with the competitiveness of their respective markets.

But undertaking a transformation of this magnitude raises many questions for an industrial leader, and the path to the industry of the future can be fraught with pitfalls. So, what strategy to adopt in an unpredictable environment where everything is going faster and faster? Which method to follow and on which structure to rely to succeed in one’s transformation by taking into account all operational, managerial and organizational aspects?

Answering the above questions requires, first and foremost, the identification of an organizational structure that adapts to the new context of the fourth industrial revolution so that progress leads to measurable economic development. Let's take a closer look at which major structures shaped the latest industrial revolutions.

Fordism and its massive productivity gains

Late 19th century: human control of electricity triggered the second industrial revolution about 100 years after the invention of the steam engine. This breakthrough innovation would revolutionize the industrial organization. Electricity would make it possible to organize factories differently, replacing the large central steam engine with a large number of small, independent machines running on electricity. This is how the principle of the production line emerged and, with it, massive productivity gains that would make it possible to meet the mass demand of the early 20th century. Socially, a new collective psyche accompanied this revolution, symbolized by Charlie Chaplin's famous film, Modern Times. With assembly-line production as a new work method, these times actually witnessed the birth of Fordism. This organizational structure, based on the principles of the Taylor engineer, would increase work efficiency by a factor of 10, thanks to the division of labour.

Toyotism and its reactivity gains

Demand for more personalization, responsiveness and punctuality on the part of consumers for the products they would buy, the evolution of shareholding methods with the emergence of pension funds, the willingness of employees to be heard and trained: these are the three challenges companies faced in the third industrial revolution.

At the end of the 20th century, it was the arrival of ‘toyotism’ – inspired by the organizational structure of automobile manufacturer Toyota, and better known as lean manufacturing – that allowed these challenges to be met. Breaking with Fordism, this new structure promoted the concept of added value that would place the end customer at the centre of all internal practices. Based on three complementary management systems – just-in-time (JIT), do-it-right-the-first-time (DRIFT) and participatory management – toyotism would allow considerable savings on costs, manufacturing times and product quality levels.

The new challenges of the fourth industrial revolution

Toyotism is still largely relevant today. Indeed, the three challenges – posed by the requirements of consumers, shareholders and senior employees from the third industrial revolution – still persist in most sectors. However, four new challenges also call into question the sustainability of this structure: 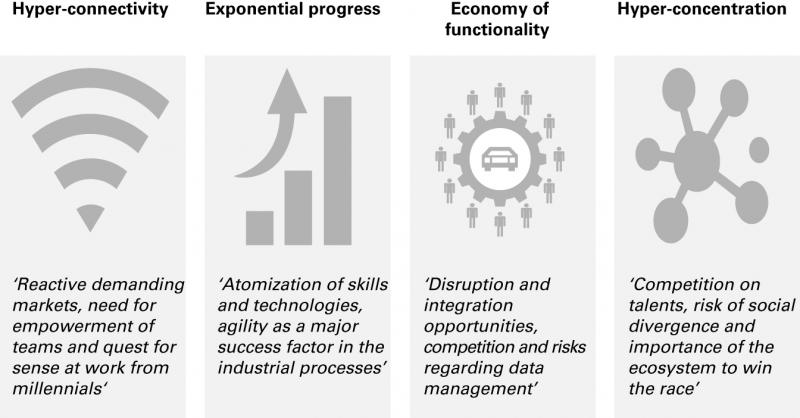 In this new context, some are tempted to say that it is enough to intensify the many solutions already in place: continue digitization, increase the number of robots, improve ERP, do more lean, and so on. However, these new challenges require industrial leaders to find an organizational structure that is more connected, agile, capable of innovating in a new direction and attracting talent, but also capable of ensuring a balance between the acceleration of technological progress and the pace of skills development.

A questions thus arises: who will be the Toyota of the 4th industrial revolution?

Teslism to follow in the footsteps of Fordism and Toyotism?

The search for a new Toyota structure is complex. First of all, because unlike previous industrial revolutions, it is a structure that hybridizes the characteristics of several companies. What if this new structure were a synthesis of the best practices in all industrial sectors, at the strategic, organizational, technological and human levels?

Tesla DNA: a manufacturer that hybridizes digital technology and industry

However, one company seems to have fared well because of the audacity of its leader and its extraordinary capacity for innovation: Tesla. The Californian start-up is indeed on the way to becoming a major new car manufacturer in the United States, whereas this had not happened since the birth of the American giants Ford, General Motors and Chrysler at the beginning of the 20th century.

Today, no company other than Tesla has achieved such a high level of hybridization between digital and industrial DNA. Tesla's structure could, therefore, be the structure to understand and be inspired by for all industrial companies facing the challenges of the 4th industrial revolution.

By observing how Tesla and other companies at the forefront of the industry of the future work, we can determine what the pillars of this new structure are.

Teslism is a genuine system that is articulated around three concentric circles. A steering wheel directed towards outside the company, a steering directed towards inside the company and a core system focused on the rapid learning ability of people and machines alike. The system consists of a total of 7 principles: Storymaking, Cross-Integration, Sprawl Traction, Start-up Leadership, Software Hybridisation, Hyper-Manufacturing and Men & Machine Learning. Teslism: understanding it is a prerequisite

But beware, as with any structure, it is above all necessary to understand it in order to be inspired by it, rather than to follow it blindly. We all recall too well the adventures of Tesla and its leader, Elon Musk.

Any industrial manager would, therefore, be wise to carry out a precise diagnosis of the level of Teslism in his or her company before embarking on such a major transformation.