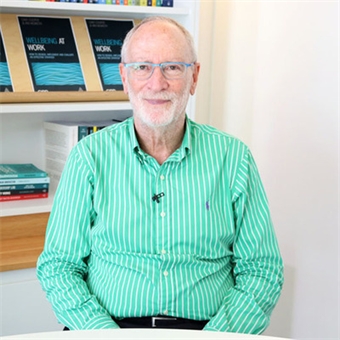 Sir Cary Cooper, CBE, is the 50th Anniversary Professor of Organizational Psychology and Health at the ALLIANCE Manchester Business School. Based in Macclesfield, UK, he is also the Chair of the National Forum for Health and Wellbeing at Work.

He is a leading commentator on workplace issues and wellbeing, having authored and edited numerous books and articles on the subject, as well as being a frequent contributor to national newspapers, TV and radio.

Managing Workplace Health and Wellbeing during a Crisis

How to Deal with Stress