How Businesses Can Sustainably Capture New Profits in Shopping Tourism

Sacha Zackariya
Understand the scope of the travel retail industry and learn from exclusive interviews and insights from the best known names in the field with this engaging guide.

Key features at a glance

FREE UK and US delivery

Deepen your understanding of how to adapt to international travellers' different needs and backgrounds. Harness the burgeoning levels of tourism and learn everything you need to engage travellers with your business and spending money.

The modern traveller is complex, even more so in a post-pandemic world. International consumers are in search of memorable experiences that make them feel special and, ideally, share those experiences with others and bring those feelings home with them. While wanting to be more adventurous, they also want to make their trip safe and special while minimizing their impact on the environment.

Leading Travel and Tourism Retail is an invaluable guide for any professional involved in the world of retail, including consumer brands, retailers, hospitality, landlords, politicians, airports, transportation and technology groups.

Engaging and accessible, this book covers everything from assessing the competitive market situation to product adaptation, ESG, human talent management, accessing funding, political considerations, and the role of technology and data. It offers a unique glimpse behind the inner workings of some of the best-known brands in the world across airports, shopping malls, and city centre locations.

Delivering invaluable insight through fascinating interviews from high-profile leaders, including the President of LVMH Retail Asia, the CEO of Harrods, the President of CHANEL Perfumes & Cosmetics worldwide, this is a must-have book for those who want to drive profits.

Sacha Zackariya is co-founder and CEO of ChangeGroup International Plc, a global provider of tourist foreign exchange and tax free shopping services to 5 million customers per year, which operates in over 130 ultra prime shopping streets and airports worldwide. He is a retail and fintech leader, recipient of the Queens Award for International Trade and also founder of the Tree Foundation educational charity which he created in 1996 to improve the economic prospects of young people in the developing world in balance with their environment. In 2021, Zackariya was made Chairman of YPO Greater London part of an organisation representing 30,000 CEOs with a combined total of $9 trillion in annual revenues. 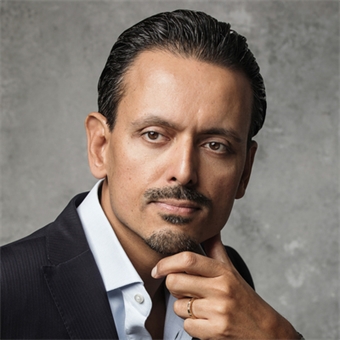