Body Language for Women Who Lead 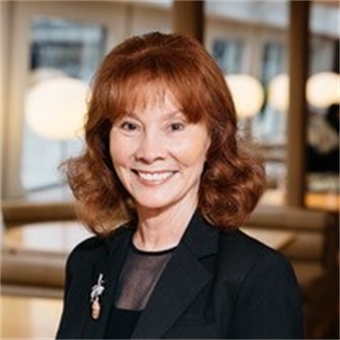 Did you know that you have a built-in, competitive advantage ready to be deployed in job interviews, negotiations, presentations and other important professional situations?

It's literally at your fingertips, waiting for you to grasp and turn into a powerful, yet subtle, key to success.

What is this secret weapon?

It's your body language.

If you think that body language is an “interesting” topic for women who are leaders -- think again. Nonverbal communication skills are not only interesting, but they are also a crucial part of developing positive professional relationships, bonding with team members, presenting ideas with optimal impact and being perceived as having leadership presence.

Being body language savvy begins with awareness of the signals you are sending.

For example, one of my coaching clients was having problems dealing with her male colleagues. "They like me, but they never take me seriously," she complained. "It's as if they think I'm flirting with them. Which I definitely am not!"

After watching her interact with various men on the senior management team, I saw the problem. She was trying to discuss work-related issues while using a "social gaze." Here's what that means:

If you create an imaginary triangle, the base of which are the eyes and the apex is mid-forehead, you will have mapped out the "look of business." When you keep your gaze in that area, you nonverbally signal a no-nonsense, business-like approach.

When you invert the triangle and move your focus from the eyes to the mouth, you turn your gaze into one more appropriate for social encounters. And a social gaze can be misinterpreted as flirtatious, even in a corporate setting.

It’s a small thing, really. But as that female leader found out, one small nonverbal signal can change the dynamics of an entire business interaction.

And that's only one way a woman’s body language can help (or hurt) her leadership presence. Here are seven more:

In primitive tribes, tilting the head was a way of hearing more clearly in order to be alerted to sounds of danger. Today, head tilting is a signal that someone is interested and involved, and is a particularly feminine gesture.

TIP! Head tilts can be positive cues, but they are also subconsciously processed as submission signals. Women (especially in business dealings with men) should keep their heads straight in a neutral position (or should at least be aware of the nonverbal message they are sending when they don't).

Women who have a firm handshake make a more favourable impression and are more often judged to be confident and assertive.

TIP! Take the time to cultivate your professional handshake. Keep your body squared off to the other person, facing them fully. Make sure you have palm-to-palm contact and that the web of your hand (the skin between your thumb and first finger) touches the web of the other person. Most of all, remember to shake hands firmly.

Women's voices often rise at the ends of sentences as if they're asking a question or seeking approval.

TIP! When making a declarative statement, be sure to use the authoritative arc, in which your voice starts on one note, rises in pitch through the sentence and drops back down again at the end.

Excessive or inappropriate smiling can be confusing and a credibility robber. This is especially noticeable if you over-smile while discussing a senstiive subject, expressing anger or giving negative feedback.

TIP! Employed at the right times (for example, during an initial meeting with a potential business client), smiling can be one of the most powerful and positive nonverbal cues, and is especially potent for signaling likability and friendliness. But when the subject turns serious, you need to look serious.

When a man nods, it means he agrees. When a woman nods, it means she agrees - or is listening to, empathizing with, or encouraging the speaker to continue. In fact, women tend to nod so much we've been accused of looking like bobble-head dolls.

TIP! Constant head nodding can express encouragement and engagement, but not authority and power. To project confidence, especially when stating your opinion, keep your head still.

While a certain amount of animation adds passion and meaning to a message, women who visibly express their emotions with hand gestures that rise above their shoulders can look erratic.

TIP! To engage and motivate people, an emotional presentation can be very effective. But in situations when you want to maximize your authority, it's best to minimize your movements and demonstrate poise under pressure.

Women tend to condense their bodies, keeping their elbows to their sides, tightly crossing their legs and contracting their bodies so they appear less than they are - less confident, less competent and less like a leader.

TIP! Remember that leadership presence is nonverbally reinforced through height and space. Stand or sit tall, pull your shoulders back, widen your stance, move your arms away from your torso, hold your head high and look like the remarkable leader you truly are.

Of course, increased awareness of your gaze, voice, posture and other nonverbal cues is only half of the equation.

The other half is the ability to accurately read the body language of others. And it is here where women really have the advantage.

Women are more attuned to relationship dynamics and more skilled at picking up nonverbal cues. Isn't it great to know that 'women's intuition' has become a very real - and powerful - leadership skill!