Elearning – it needn't be so painful 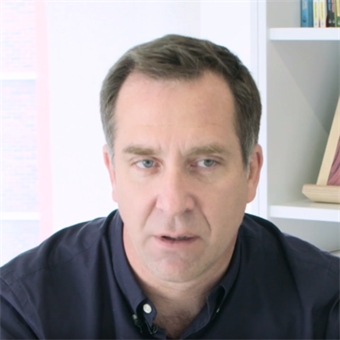 January 2013 and David Kelly, a technology-focused learning and development specialist in New York was in his local Starbucks to get some work done. It was a crisp winter’s day, and he was enjoying getting into the rhythm of work with his favourite large tea at his side when his concentration was broken by the person sharing his table making a call on her mobile phone. She was staring with annoyance at her computer, open in front of her.

“Hey, it’s Sally. No,” she sighed in exasperation into her phone, “I’m able to sign into the laptop. I just can’t get signed into the training.”

Understanding that she was trying to complete some online training, David listened a little harder to her conversation. And then she said: “I get that we have to do this, but why do they gotta make doing it so hard?”

It is the familiar lament of office workers the world over when faced with compliance training. They know it has to be done, but the execution is often so execrably bad, and the results so unlikely to change anyone’s behaviour that online compliance training – and elearning in general – has got a bad name for being mind-numbingly boring.

It doesn’t have to be this way. At about the same time as David was drinking his tea in the US, major UK health care provider HC-One introduced the touch programme. This programme was designed to support an ambitious cultural change programme and relied heavily on elearning. The reaction of those in the programme – in contrast to that of Sally, David’s companion in Starbucks – was overwhelmingly positive. “Elearning has been great for me,” said one care worker, Kate Cairns, “but also great news for the residents. I don’t have to leave my shift to do my training. It gives me more time to spend with the residents, which is why I’m here.”

That programme won multiple awards and was highlighted in the 2013 Cavendish Review into Health Care Assistants as an example of good practice. Employees showed a measurable increase in engagement and managers overwhelmingly said the programme had improved competence and not just compliance. Perhaps most importantly, there was consensus that the programme supported the aim of HC-One in its goal of delivering ‘the kindest care’.

Why are these two implementations of a learning technology so different? Why was one highly rated by participants and the other an annoyance? The answer is something I examine in my latest book, Learning Technologies in the Workplace. In writing the book I explored the common characteristics of teams responsible for successful roll outs of learning technologies. All of them, I discovered, shared four characteristics – a clear aim, a focus on people, a wide perspective and a pragmatic attitude.

The HC-One touch programme was a key part of a company-wide change programme. This meant that the involvement of people – and in particular the enthusiastic engagement of those at the top of the organisation – was baked into the programme. Everyone was committed to its success.

In contrast the mindless trudge of the annual compliance course – whether taken in New York City or anywhere – is almost designed to be utterly unengaging. These courses are often a dull repetition of near-familiar material, taken only because there is no alternative. The result – they are detested and have no impact on behaviour in the real world, in contrast to the courses in the touch programme.

Elearning does not have to be like this, but it too often is. With a little work – and in particular a focus on the people involved – it could all be very different, and poor Sally would not have to be pulling her hair out in front of her laptop in Starbucks.

Learning Technologies in the Workplace