Sepp Blatter fails to defend himself in tough BBC interview 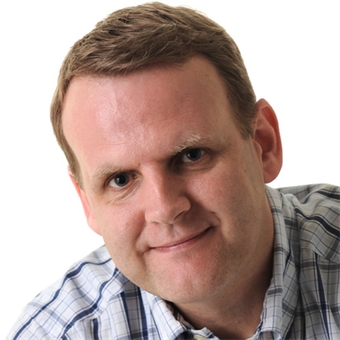 I applaud Sepp Blatter’s decision to give a no-holds-barred 20-minute TV interview to the BBC. He and FIFA have had a terrible press, and the only way to turn that around is to speak to the media directly. A BBC interview, shown around the world, is about as high-profile as it gets.

How sad, then, that he failed.

This was a classic issues-based interview – i.e. one characterised by a spectrum of opinion. At one end is the interviewee’s position (I am a good man and FIFA is not corrupt), while at the other is the reverse opinion (Blatter is devious and dishonest and so is his organisation). In the middle are those members of the audience who are completely neutral.

The interviewee’s aim should be to draw the audience along the spectrum towards their position. It might be too ambitious to think you could persuade everyone to the point where they strongly agree with your position. Not in one interview. But it might still be a “win” for the interviewee if they can make people who were completely opposed, slightly less opposed; and so on along the spectrum.

But how does the interviewee achieve that? First of all they have to have strong messages. And Blatter’s two key messages were really quite good:

But you can’t win an issues-based interview with strong messages alone, because they typically only allow you to win over people’s minds. To win over their hearts too, the key is to empathise with those who feel differently from you. This is something that so many interviewees neglect – as did Blatter. He didn’t even attempt to empathise with the way people around the world feel about the organisation he leads. People are disgusted by what they’ve heard and read, and he needed to show not only that he understands that disgust, but shares it. In fact, he should have made such a declaration in his very first answer, saying something like this:

“Can I first of all say to people watching, that I understand how horrified they must be at what they have seen reported about FIFA. If you see top officials being arrested, and if you hear all these stories about corruption and dishonesty, it is bound to undermine the faith you have in the game of football. And while I, as FIFA President, feel that many of these media reports have been unfair or exaggerated, I do want to reassure people that I understand their outrage, and it’s my job as FIFA President to root out any wrongdoing, and that’s what I’m determined to do. Now, in answer to your first question…”

This reaching out to your opponents through a full empathy message also serves to establish common ground upon which everyone, on either side of the debate, can agree. It then needs to be backed up by further bridges of empathy as the interview goes on. So when asked towards the end (18.45) whether his office had been guilty of writing briefing documents against Michel Platini, the head of UEFA, he should have said: “I’ve heard reports about that and while I can honestly say that I have no knowledge of it, it’s clearly something I’m concerned about and am investigating.” Instead of which Blatter again was curt and dismissive: “I don’t know that.”

In fact, throughout the interview Blatter was confrontational – which is the best way to alienate a sceptical audience. “Listen!” he kept saying at the start of his answers. “Tell me what I have done wrong?” he said half-way through the interview, followed by a dismissive: “I don’t enter into this discussion” about whether the World Cup in South Africa was won through bribes.

Allied to his lack of empathy was his fidgety body language (see 5.15 and 15.25 for good examples). Audiences will always trust body language signals more than words. So, if, like Blatter, you convey uncertain body language, people are more likely to trust the non-verbal signals than the verbal ones. It’s no good Blatter saying that he is unconcerned by investigations against FIFA in America, if his fidgety fingers suggest that he’s very concerned indeed.

In summary, I give Blatter 7/10 for content and messaging, but only 3/10 for style of delivery. I suspect his interview will have done little, if anything, to draw people along the spectrum of opinion towards his stance.

What a wasted opportunity for both Blatter and FIFA.

Why Consumers Love to Hate Their Favourite Brands

How to Combat the Rise of Fake News