25 Years of the World Wide Web: How Has Risk Developed? 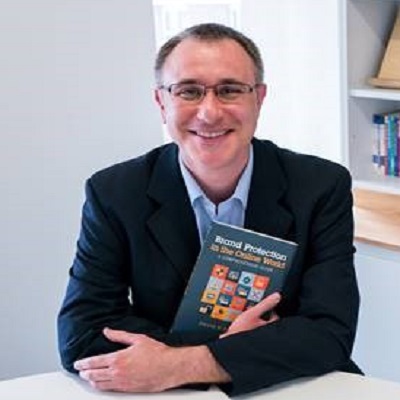 Brand Protection in the Online World author, David N. Barnett, identifies the key developments over the last 25 years for the World Wide Web and the increasing risks these have created.

In this article, Brand Protection in the Online World author, David N. Barnett, identifies the revolutionary developments of the World Wide Web over the past 25 years and the potential risks it has created.

This year marks a significant anniversary for the World Wide Web. On 6 August 1991, the first description was released on a series of newsgroups, marking the launch of the Web as a publicly-available service. The term ‘World Wide Web’ refers to the array of interlinked webpages, documents and resources that can be accessed via the underlying technology of the (technically-distinct) Internet. The Internet itself – the history of which actually dates back further than that of the Web – comprises infrastructure which also serves as the basis for other means of communication, such as e-mail and peer-to-peer (P2P) networks (e.g. those used for file-sharing between users).

Probably the most significant evolution to have taken place across the range of web resources, since their launch in 1991, is the degree to which individual users have become able to generate, publish and share their own content. This trend covers an enormous range of content, from newsgroups, forums and blogs, to social media, incorporating audio or image- and video-based content, and beyond. This ‘revolution’, often referred to as the emergence of ‘Web 2.0’, accelerated particularly after the turn of the millennium, with new developments in these areas only set to continue.

Included amongst other innovations of the last quarter-century is the emergence of the ‘Semantic Web’. This outlines a set of ideas suggesting how web content could be conveniently ‘tagged’ and cross-referenced, intended to improve the efficiency with which automated web-crawlers (such as those used by search engines) can function. This set of ideas has, to date, not been widely implemented – a 2013 paper estimated that only around 4 million websites had been constructed using Semantic Web style guidelines at that time – but it may prove to be a significant area of development in the future.

The Internet of Things

Many different types of devices now exhibit some degree of Internet connectivity to enhance their functionality, with applications of this technology including the ability for users or manufacturers to collect and provide data, or allow customers to access new content. This vast collection of networked objects – predicted to number around 50 billion by 2020 – is often known as the ‘Internet of Things’ (IoT).

A key concern is that this growth will bring with it an explosion in both the amount of data being transmitted online, and the numbers of ways that this potentially-sensitive data could be compromised. For example, an estimated 70% of the devices typically comprising the Internet of Things are thought to be susceptible to attack, due to lack of encryption, insecure interfaces or inadequate software protection. Other risks to corporations include the potential for more disruptive denial-of-service (DDoS) attacks, requirements for greatly enhanced Internet bandwidth and the loss of ability to block spam attacks on the basis of their originating IP address, due to increased use of cloud computing and non-fixed IP addresses. One estimate of the potential economic risk exposure related to the Internet of Things gives a figure of up to $3 trillion by 2020.

Why brand protection is key

Some of these concerns are already proving to be well-founded. In October 2016, a number of high-profile websites were taken offline by a large DDoS attack against Dyn, the company providing DNS (Domain Name System) infrastructure services for the affected sites. The attack was carried out via the use of ‘hacked’ IoT devices, instructed to send large numbers of coordinated web-requests, to overwhelm Dyn’s servers. The IoT devices themselves had been compromised using a piece of malicious software designed to identify objects with poor security protection. This type of incident highlights the need for organizations to protect themselves against attacks.

Although the development of the Web presents enormous opportunities, it also brings risk and increasing need for corporations (and individuals) to consider holistic security solutions, including elements of forensic and infrastructure analysis, in addition to ‘traditional’ brand monitoring. These trends are already being seen; a recent study found that the number of vulnerability scans being carried out on connected devices had increased more than four-fold over the previous two years, yet with only 10% of organizations feeling confident that their devices are secure.

About the author: David N. Barnett has spent the last 12 years as Head of Analysis and Consultancy in the Brand Protection team at NetNames (a CSC company), the leading global provider of online brand protection and domain name strategy, assisting global brands to prevent brand abuse online.

To learn more, read Brand Protection in the Online World. Save 20% when you order the book with discount code BMK20.

How to Build a Community with Your DTC Strategy

Getting Started with an Account-Based Growth Strategy