Apply the Right Mix of Approaches to Each New Ad Campaign 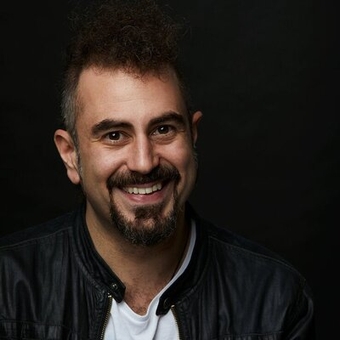 Faris Yakob, Author of Paid Attention, Explains Why Advertisers Must Determine the Appropriate Advertising Model for Each Campaign

In this extract from Paid Attention, Faris discusses why advertising works in mysterious ways, outlining the two currently favoured models of how advertising works and reminding us that not every problem can be solved from the same solution set.

On the surface, advertising seems very simple. Use mass media to create awareness for the products you wish to sell, usually focusing on some specific benefit, expressed in a creative way to catch the attention and convince large numbers of people to buy it, increasing revenue by more than the cost of the campaign.

Yet, the more we learn about how humans think, decide and behave, the more we realize that those things are derived substantially from processes hidden from our view. Attention is slippery. Advertising campaigns rarely pay for themselves in the short term, but their effect can last for decades. The notion of a universal model for understanding how advertising works is misguided. The difference between the drivers of the purchase of baked beans and a car are vast, because the difference between the nature of these decisions is vast.

It is remarkable that the two currently favoured models of how advertising works, which in turn provide templates for how companies behave, are diametrically opposed. On the one hand we have the engagement model. This suggests that brands that develop deeper relationships with consumers, that invite them into a dialogue and deliver additional content and experiences, that stand for something consumer can ally themselves to, will be most successful. This is particularly true in today’s fragmented, attention-starved world. Engagement is about earning attention.

On the other hand, Robert Heath has convincingly demonstrated that ‘low attention processing’ is a powerful driver of behaviour. His position echoes, perhaps consciously, a maxim by Marshall McLuhan: ‘Any ad consciously attended to is comical. Ads are not meant for conscious consumption. They are intended as subliminal pills for the subconscious in order to exercise an hypnotic spell’. Heath suggests that overt attempts to engage higher cognition are challenged. Those preferences we pick up subconsciously are much more powerful. He argues that the ‘perceptual and conceptual elements we learn implicitly are stored as associations with the brand’ and that ‘implicit memory is more durable than explicit memory’. Since implicit learning is automatic, it is functioning every time we experience an ad, whether or not we pay attention. Therefore, brands that follow an engagement strategy are likely to be less successful than those that exist at the peripheries of consciousness at high frequency. Heath, following McLuhan, is suggesting that advertising should not interrupt attention at all, in order to better slip into the mind unexamined. How are we to reconcile these two models?

Heath’s analysis is not based on a new idea – it echoes Vance Packard’s The Hidden Persuaders (1957) – and is supported by substantial data. It feels intuitive since people remember jingles from their childhood but struggle to remember other specifics with clarity. That said, it also makes intuitive sense that brands that deliver value and engage in ongoing relationships with consumers will establish favourability, a metric that historically was shown to be a corollary of purchase intent. (This is why intuition alone is never enough.) Who wants to buy products from companies they don’t like?

The answer is not either/or: we don’t need to reconcile the two differences. There are different models that work in different ways, and are appropriate for different objectives and contexts. A number of different models of advertising are valid, and communication planning requires an understanding of the differences between them. This is not a new idea either (as we’ll see later, there are no ‘new’ ideas): ‘No single theory or group of theories can explain it all, because advertisements work in such different ways. There is no point at looking for an overall theory’.
Some brands will benefit from developing engaging communication, some from adhering to a low-involvement strategy. The question becomes when to use which and this depends on, as it inevitably must, the consumer and their needs. Media strategist Ben Kunz has suggested that engagement strategies work better for consumers who have varied needs, whereas broadcast communication is more relevant for mass audiences who have similar needs. He adds in personalization strategies, which are outbound messages pushed to smaller numbers, and research-led approaches, where many people need to research the product, usually due to higher costs.

The important thing to remember is that each task requires the right approach or mix of approaches. Not every problem can be solved with the same solution set, which is a challenge for many agencies, who too often assume their primary product is the optimal solution.

About the Author: Faris Yakob is the founder of Genius Steals LLC, an ideas and innovation consultancy. Previously he was Chief Innovation Officer at MDC Partners and Executive Vice President, Chief Technology Strategist at McCann Erickson. He regularly writes about brands, media, communications and technology in publications such as the Financial Times, Forbes, Advertising Age and Media Week. He is a frequent speaker at international conferences and lectures at MIT and USC. He is also a contributor to What is a 21st Century Brand?

Save 20% when you buy Paid Attention with code MKTPAB

How to Build a Community with Your DTC Strategy

Getting Started with an Account-Based Growth Strategy