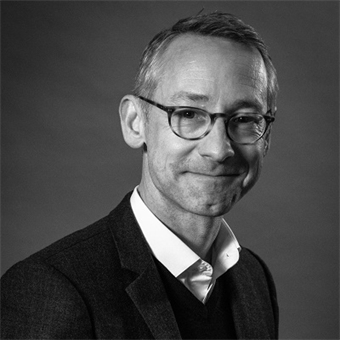 Following the collapse of Monarch Airlines, Mark Tungate, author of The Escape Industry, explores the increasing challenges facing low-cost airlines in the saturated and competitive market.

I think we can all agree that this is not a great time to be flying low cost. If it’s not Ryanair screwing up on vacation time for its pilots and being forced to cancel thousands of flights, it’s Monarch abruptly collapsing and sparking “the biggest ever peacetime repatriation,” according to British transportation secretary Chris Grayling.

Much has already been written about the causes of Monarch’s collapse. The low-cost market has become increasingly competitive, offering many brands that are cooler and more alluring than Monarch’s. While I was researching my book, I identified more than 30 budget airlines serving Europe alone. In addition, some of Monarch’s formerly popular destinations – Egypt, Tunisia and Turkey – have been hit by terrorism and turmoil. We’ve been here before: terrorism was one of the factors that led to the demise of the mighty Pan Am back in 1991.

Low cost airlines generally try to have an air of modernity about them, but they’re nothing new. Iceland’s Loftleidir launched the first low-cost flight across the Atlantic, from New York to Luxembourg, as early as 1955. In the late sixties, due to its popularity with students, it became known as ‘the hippie airline’.

Some early charter airlines, like Court Line – which in the 1970s flew package tourists to the Med for Clarksons Holidays – combined the ‘no frills plus trendy touches’ that characterize many of today’s brands. It introduced ‘seat-back catering’, which meant meals – salads or sandwiches on lidded trays – stashed in cubbyholes in the backs of seats, so it could do away with galleys in the rear of its aircraft and squeeze in a few extra places. On the other hand, its cabin staff wore uniforms designed by Mary Quant.

Also in the 1970s, the scrappy aviation entrepreneur Freddie Laker took on the big players by launching Skytrain, his cut-price transatlantic service. His rivals did everything they could to stop him, including slashing their own fares to the bone. Skytrain lasted from 1977 until 1982, but Laker had proved that passengers were willing to forego free meals and legroom if the plane got them where they want to go. The scene was set for the likes of Ryanair and easyJet.

Today, though, the situation is quite different. Competition means that ‘low cost’ is not quite as frill-free as it used to be. EasyJet now offers allocated seating, the ability to pay for speedy boarding or extra legroom, plus flights from primary airports like London Gatwick and Charles de Gaulle. It has appealed to valuable business fliers with improved punctuality and flexible premium fares.

My personal favourite budget airline is Vueling, the Spanish carrier that frequently whisks me over to visit friends in Barcelona. Its website is user-friendly, its planes feel comparatively spacious and comfortable, and its crew are rarely surly.

Despite all the turbulence, new entrants to the low cost category continue to emerge. The latest is Joon, an airline-within-an-airline from Air France, which is self-consciously aimed at ‘millennial’ travellers. It describes itself as ‘a fashion brand, a rooftop bar, an entertainment channel, a personal assistant’…and of course an airline too. All this translates as cabin staff in chic uniforms, entertainment streamed to your mobile device, and a menu stuffed with organic food (which, of course, you pay for).

Joon announced all this last week with a well-choreographed but somewhat incomprehensible video (even if you speak French): https://www.youtube.com/watch?v=rXls9p8um04

Whether Joon will succeed is a moot point. Some industry observers believe it was created to serve routes that were unprofitable for Air France, and that any cost-savings made by cutting frills will be passed on to the airline rather than to the passengers. Millennials are no doubt sharp enough to see through the smokescreen.

Perhaps the only way to thrive as a low cost airline is to adopt some of the attitudes of the U.S. brands jetBlue and Southwest. With its leather seats, extra legroom and 24 channels of (free) satellite TV, jetBlue has gone out of its way to offer a premium low cost experience. Southwest, meanwhile, focuses insistently on people. Its cabin crew are encouraged to interact humorously with passengers, and it is proud of never having never laid off staff. It regularly makes Fortune magazine’s list of the world’s most admired companies.

Any service-based business is ultimately about the way you treat people. Which is something the airline industry as a whole – certainly when it comes to budget travellers – often appears to have forgotten.

Mark Tungate is a British journalist based in Paris. He is the author of several books, including Fashion Brands and Adland. His articles have appeared in publications including Campaign, Advertising Age, The Financial Times and The Daily Telegraph. He is a regular contributor to the ad industry intelligence site AdForum and editorial director of the Epica Awards, where journalists celebrate excellence in design, advertising, PR and content.

Liked this? You can sign up to our newsletter for more content straight to your inbox, here.

Learn more about the pioneers of travel and how the most iconic and innovative brands built the travel industry, with The Escape Industry by Mark Tungate.

Exclusive offer: Buy your copy now and save 20% with code BMKTEI20 at Kogan Page. 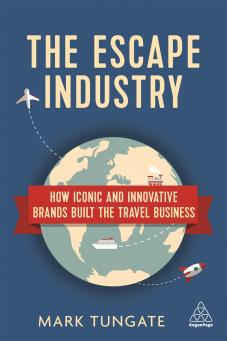