Decode the Irrational Consumer by Using Neuromarketing for Market Research 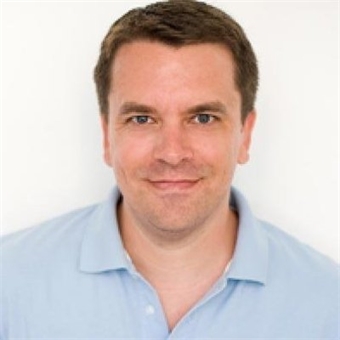 Over the last few decades science has learned more about the workings of our brains than in all of previous recorded history. Therefore its not surprising that market research has been influenced by this revolution. Neuromarketing is perhaps a misnomer: its not so much a form of marketing as of market research. Or, more specifically, applying cognitive neuroscience knowledge to gain better understanding into almost any commercial material, from ads to packaging, branding to the experience of consuming a product or service. Neuromarketing’s approach to these areas is very different to traditional research techniques such as surveys and focus-groups.

If you’ve heard about Neuromarketing but don’t yet know much about it you may assume that its all about monitoring brain activity by putting respondents in a scanner (such as an fMRI scanner that you might see in your local hospital) or putting a brain-cap with sensors on their heads (such as an EEG cap) whilst they are shown material such as TV ads. Whilst both these methods are part of the Neuromarketing toolkit, there is now a range of extra tools. A more inclusive definition of Neuromarketing might be ‘research methods that don’t rely on asking questions’. In addition to direct brain measurements, these can include bio-metric measurements (such as electrical skin conductance or heart activity), behavioural measures (such as a new breed of computer based reaction speed tests known as implicit response measures, that uncover people’s natural associations with a brand, ad or other material) and eye-tracking (to monitor where people are looking on a pack, for example, to help understand what appeal it will have in the competitive environment of supermarket shelves).

Whilst a handful of people had the idea of using techniques like EEG for advertising research 30 or more years ago (and, indeed, methods like eye-tracking and skin-conductance have been used for decades) it was only really in the early 2000s that the first commercial companies offering these services began forming. At the time the main choices on offer were between the brain scanning methods of EEG and fMRI. However in the last few years with the burgeoning range of techniques the new choice is between bringing participants into a special facility for recording (where you are doing brain scanning or otherwise placing physical sensors on people) and online techniques, where consumers are recruited online and take tests on their home computers (e.g. reaction speed based tests, or having their facial emotions and eye-movements monitored by their webcams). The later is often significantly cheaper than the former.

Many people’s first reaction to all this is to question why researchers should bother to use such complicated and exotic techniques when they could just ask consumers questions. Whilst questioning is still a useful technique, there are many times and occasions when consumers just don’t have good insight into why they buy what they buy. Many of our purchases are made for emotional and non-conscious reasons that we have only a dim or even no real insight into. For example, most supermarket shoppers shop on ‘auto-pilot’, not putting too much thought into what catches their eyes and why, or what they then decide to pick up and put in their trolleys. The problem is further complicated by the fact that when we genuinely don’t know why we have chosen something, our conscious minds are rarely awake of this gap in our knowledge and we instead tend to make up plausible sounding explanations for our behaviour! Therefore simply questioning consumers can lead to a lot of inaccurate data (however, in my book Decoding the Irrational Consumer I suggest some ways to improve the accuracy of consumer questionnaires).

Each of the different Neuromarketing techniques has their own strengths, weaknesses and areas of ideal application. Therefore the industry is now moving towards blending multiple methods together. As costs of these techniques come down, and understanding of new ways to interpret the data increases, Neuromarketing will become just another part of the mainstream of market research.

About the author: Darren Bridger is a consultant to marketers, advising on using and analysing data that tap into consumers' non-conscious thinking and motivations. He was one of the original pioneers of the Consumer Neuroscience industry, co-founding both the world's first full-service agency and the first agency dedicated to serving the public relations industry, MindLab International, then joining the world's largest agency, Neurofocus.