Meaning Over Mass and a New Kind of Prestige: The Emergence of 'Ueber-Brands' 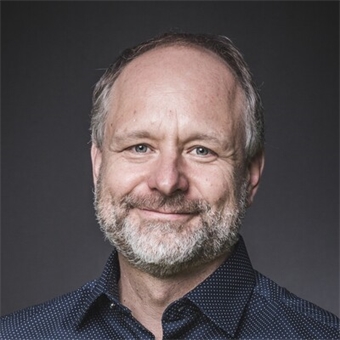 Five years ago we embarked on an extensive research into what drives the success of a certain class of premium-priced brands that seem to flourish, rather than fade as time goes by. We observed a shift in how the need for - and expression of - lifestyle and prestige brands manifests itself across categories and countries.

As we laid out in our book Rethinking Prestige Branding - Secrets of The Ueber-Brands old rules of prestige brand making - price, provenance, precious materials, etc. - are still present but new ones have established themselves next to them, sometimes in defying opposition. Classic categorizations like ‘luxury’, ‘premium’ or ‘mass’ are in flux with new ones such as 'affordable luxury', ‘masstige’ and ‘super-premium’.

How do you define Supreme, the brand that sells limited edition fashion and apparel items at outrageous prices to skateboarders - or rather those who want to feel like those cool members of the skateboard, hip-hop, punk rock and youth culture scene? The average skateboarder hardly has the money to buy these items.  What do you call it when Damien Hirst puts his art on one of their boards or when Louis Vuitton adds launches a Supreme collection that outdoes the classic in hype and price?

We are living through times of change and experiencing a lot of contradiction in our brand-dominant world – but also excitement and intrigue.

A new kind of prestige has emerged and, with it, a new kind of marketing is taking hold with new mantras, mechanisms and languages. Of course, much of this is about evolution rather than revolution.

Brands without distinguished family trees appropriate strategies that were supposed to pertain to 'luxury brands' as classic luxury marketing models would define them. Supreme sells but through a very select number of mostly own stores, including its web-store. And established luxury brands are acting in less expected ways, venturing into previous no-go areas with gusto – like social media. Embracing digital technology and social media is famously credited for the turn-around of British luxury brand Burberry. The very 'haute jouailler' Chaumet sh/rocked its brand and audience with a teasing 'double take' of the 'Jeune et Jolie' actress Marine Vacth just after she made a splash at Cannes for playing a teenage prostitute in the film Young and Beautiful. What an unconventional way to rejuvenate a firmly conservative luxury jeweller.

This new mixing of models makes for a rather motley crew, ranging from long-established and rarefied Hermès to popular behemoth Red Bull, from small but high-minded Aesop beauty products via activist Patagonia outdoor gear to rather fun and funky MINI cars, living and breathing prestige in modern ways as they are growing in categories and at price points as diverse as their generational- or cultural appeal.

Which is why we coined the new term "Ueber-Brands". Their prestige extends beyond traditional notions as they set new standards for this very old concept that take our hearts and minds and their markets on a journey into the future. They are a cut above the rest – in a word, they are ‘Ueber’, German for 'above and beyond'.

Ueber-Brands project prestige less through high prices and celebrating themselves as rarefied, but more so by evoking pride and aspiration through ideals and ideas wrapped in mythical storytelling. Less by building exclusivity through extreme restraint and scarcity, but by mixing these with a dose of inclusivity, sometimes even allowing for ubiquity, astutely balancing exclusion with a connection. Ueber-Brands live brand-specific convictions and are not afraid to confront uncomfortable realities. Still telling stories of dreams come true, probably even more than ever, but more as truths enhanced rather than realities faked.

So, what is a premium brand that wants to stand out and stand the test of time to do? Read our Q+A with Kogan Page to find out more about the seven stages of success.

It was the German philosopher Friedrich Nietzsche who coined the term ‘Ueber-Mensch’ (loosely translated as 'super-man') in his 1873 masterpiece Also Sprach Zarathustra. The term describes someone (the German ‘mensch’ is appropriately gender-neutral) who is willing to take risks to try and advance humanity beyond personal benefit and comfort. He or she establishes new values that influence the lives of others, inspiring and guiding them to a higher level – self-determined instead of being driven by external authority or sheer opportunity.

And that’s exactly what strong brands do today, especially modern prestige ones. They have increasing social and cultural significance. They are no longer just beacons of status or building blocks of our identities; they are morphing into mythical fixtures and leaders, sometimes creating movements, not unlike religions or political parties. They have created and become narrative constructs that inspire our public discourse, provide meaning to rally around or to reject –influencing and often guiding our lives, not just materially or functionally but emotionally, ethically and even spiritually.

Apple is the classic Ueber-example, having built a cult not only around their superior design and innovative products but ultimately their mission of making technology for ‘the creative class’. And they’ve enshrined this mission into a myth, starting with the iconic commercial ‘1984’, officially aired once during Super Bowl XX and establishing Apple as the David against the then Goliath IBM. A hammer-swinging youngster runs into a hall filled with brain-washed lemmings enraptured by Big Brother talking down on them, shattering the gigantic screen and crushing the whole aura and power of the establishment at the same time. This very instant, a countercultural icon was born. And although Apple has now become the establishment itself and most customers today don’t even know about that commercial anymore, the spirit of the brand still lives, beguiling and guiding us to ‘Think Different’ and re-inventing the way we shop electronics, listen to music or use watches on the way.

They stayed true to their archetypal character and that’s why we have stayed true to them, enjoying the benefits of a well-catered lifestyle while still feeling a bit like the creative rebels we once were or always wanted to be. It’s this attitudinal promise that made Apple the ultimate Ueber-Brand and us loyal, happily paying more for products that are not always 'technically superior'. They continue to inspire and guide us - at least for now.

How to Elevate Your Portfolio by Elevating the Right Element

Luxury, Prestige or Premium: Where Does Your Product Fit?