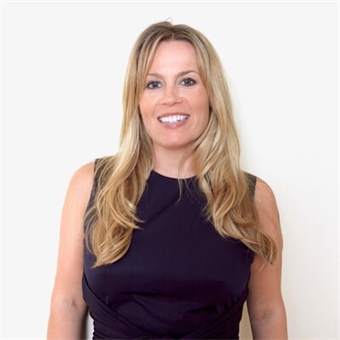 "Channel your inner rebel, fall off the wagon and think inside the box to boost your creativity and tackle the blank page."

Says Claire Bridges, creativity expert and author of In Your Creative Element. “But as we go through school or university and the workplace we can start to get pigeon-holed as ‘creative haves’ or ‘have-nots’ by teachers, colleagues and managers. Our confidence in our natural abilities becomes dented and we then start to believe that we are not very creative.”

But in almost every profession you’ll need to find ways to tackle a blank page, whatever the creative challenge. For this, Bridges argues that imagination, grit and practice are all key to unleashing your ideas and potential. Here are 13 ways to shake up your thinking and be more creative, which have helped over 15,000 people including companies like Sky, Pret a Manger and Vodafone...

Rebellion is not just for musicians, it’s useful for business too. Successful creative people often go against the grain; they question everything and have no problem arguing a different point of view. So, find your inner Johnny Rotten and throw a curveball into the mix.

2. Think inside the box

The rules in any given situation – known as constraints - are often viewed as negative, but like Twitter or Haiku poetry they provide structure. List every barrier or rule you have to your problem, be specific, then explore the opposite and challenge how that rule could be broken.

3. Fall off the wagon

Lots of people say they have their best ideas in the pub. By all means, have a tipple to get the ideas flowing but only until your blood alcohol level gets to precisely 0.075, the creative hot zone (about a couple of beers).

4. Make it a macchiato

Research shows that low-level background noise, like the hum of a café, can aid creative ideas rather than complete quiet.

U.S. researchers teamed up with twelve professional rappers and using a brain scanner asked them to improvise to an 8-bar beat. As the lyrics started to flow, the part of the brain that drives analytical thought and self-control switched off. The rappers had taught themselves to silence their inner critic and give free rein to their stream of consciousness. Try to switch off the judging voice in your head when you’re generating ideas.

Their mindset is one of experimentation, which implies trial and error are part of the process; it's not failure, but learning. If you don’t succeed the first time, assess and try another way.

If there is one thing that all truly successful creative people have in spades, it’s grit. When as little as one in 3,000 crude ideas makes it to ‘the real world’, you need to be able to deal with rejection, setbacks, difficulties and fatigue. It’s a marathon, not a sprint.

Researcher Albert Rothenberg analyzed the process of creative geniuses like Einstein. He coined the term ‘Janusian thinking’ to describe the ability to hold completely opposing views at the same time. When you’ve generated several options you like, choose one and deliberately find an opposing point of view to your position.

To connect with your creativity (we’ve been coined the ‘look down generation’) - step away from your device for at least an hour a day.

Take a ‘forest bath’ – the Japanese practice ‘Shinrin-yoku’ – and head to a forest for its ‘medicine’, to walk slowly and breathe deeply, deliberately focusing on all your senses. Getting outside in nature is proven to aid creative thought.

Vision boards come from the same school of thought as those mood boards that fashion types and designers love, and they’re a great way to help you get a feeling for what it is you’re looking for. Grab a stack of magazines and flick through, cutting out anything that seems to fit or inspire. It’s an obvious way to seek inspiration for redesigning a bedroom, but it can also be useful for tackling such everyday problems as “What could we do together as a family?” or “How could I make my journey to work more enjoyable?”

12. Step in someone else’s shoes

When searching for the answer to a problem, we often become stuck in a mental groove; each new thought often has roots in ones we’ve had before, which can make new solutions hard to come by. So be someone else. Pick out a random stranger on the train and imagine how he or she might tackle your conundrum. Or you could try famous people: what would Richard Branson, Steve Jobs or The Queen do? Come at a problem from a completely new angle and see where it takes your solution.

Ok, maybe not literally – but think up an answer to the problem you’re wrestling with that would be so far off the mark it would get you kicked out of the office faster than a cocky team leader on week one of The Apprentice. Then question why it’s so wrong and see if there’s something mischievous in it that you can adapt in a way that would, instead, get you promoted.

In Your Creative Element

How to Elevate Your Portfolio by Elevating the Right Element