Interview with Ken Banks, author of Social Entrepreneurship and Innovation 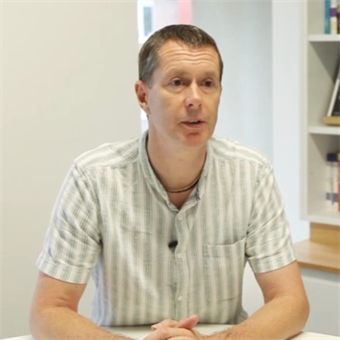 What are you reading right now?

I tend to read a few books at once, chapter at a time (which might be a little unconventional). These books generally flip me between African travels, technology, philanthropy and social change, all things I’m passionate about. If anything, I’m spending most of my reading time keeping up with current affairs – the world is a bit of a mess at the moment and I’m always trying to figure out if there are any particular issues in any particular places where I can help.

What inspired you to bring Social Entrepreneurship and Innovation to life?

A few things, really. Firstly, I was coming across increasing numbers of books which offered outsider, expert analysis on social entrepreneurship and innovation. Most of these books were theory based, usually unpicking the stories of some of the more successful and well known social entrepreneurs. The people doing the unpicking were rarely innovators themselves, and I felt they were coming at it from the wrong perspective. Today, we have far too much ‘expert analysis’, much of it dry and lacking a human voice. And that leads me to the second reason for writing the book. Most of what I had been reading lacked the authentic voices of the innovators and the entrepreneurs featured, with the occasional quote deemed sufficient to give their side of the story. There didn’t seem to be a platform where these people could be themselves, and tell their whole story in their own words in their own way – their childhoods, what drove them as children, how they became socially aware, the struggles they’ve faced, what they think about the impact of what they’re doing, and so on. Social Entrepreneurship and Innovation seeks to fill that gap, to be a book that, once you’ve read it, makes you feel like you know these people, and can resonate and empathise with them. We need books like this.

What kind of research did you do for the book?

I already knew many of the people we ended up featuring, so it was a case of deciding what we wanted each of the stories to include, and to guide the contributors through that. One or two others I came across through my connection with the Ashoka Network, where I’m a Fellow. (And Bill Drayton, Founder and CEO of Ashoka, ended up writing a foreword for the book). And the final chapter, which looks at the Arab Spring and how we can use technology to ‘reengineer democracy’ came about serendipitously during a trip to Australia late last year, when I met Tarek Nesh-Nash during a trip to RMIT University in Melbourne. We worked on his chapter for three days and three nights to meet the deadline, and I’m thrilled we did. So the book really came together by itself, which I always feel is a good sign. Research was minimal.

How did you choose each of the contributors?

After the first meeting with the publisher we decided we wanted a good spread of stories, both geographically and by sector. The stories we end up featuring cover a whole range of projects from massage to genetics to data collection to food poverty, in places as diverse as Tunisia, Morocco, the United Kingdom and India. People might be pleasantly surprised by this, given I’m better known for my work with mobile technology in Africa. But for me it was important that the book had wide appeal, and introduced people to projects and ideas and places they might not otherwise have been exposed to. I think the book does a brilliant job of this.

When did you start kiwanja.net and FrontlineSMS and why?

In 2003 I got my first taste of mobile phone work in Africa, at a time when there weren’t many phones there and coverage was relatively thin on the ground. I was looking at the potential of the devices for conservation and development work across the continent, and began documenting what was happening. As it grew, so did my own work, and as I travelled more I ended up getting the inspiration for my own project. FrontlineSMS – a text messaging platform aimed at grassroots users across the developing world – was developed in 2005 and I ran it for about 8 years. It ended up being something of a success story in the sector, and is today helping drive social change projects in 170 countries, benefiting tens of millions of people. The full story is available in the introductory chapter of the book, where I go into it in detail in a way I haven’t done before.

What are the three best pieces of advice that you were given in your career?

You’ll need to get the book to read all of them (there are many), but perhaps the top three would be:

1. Take an interest in the world, and get out there and make an effort to understand what life is like for those less fortunate than you.

3. Not everyone will change the world, and that’s fine. Every little bit helps and, in fact, if we all did just a little bit many of the problems would go away overnight.

Something personal about you people may be surprised to know?

While I was a Fellow at Stanford University in California I spent two years living in a VW camper van, parked in a car park between the university and Sand Hill Road, where all the venture capital firms are based. I could almost smell the money, although I never got my hands on any of it. 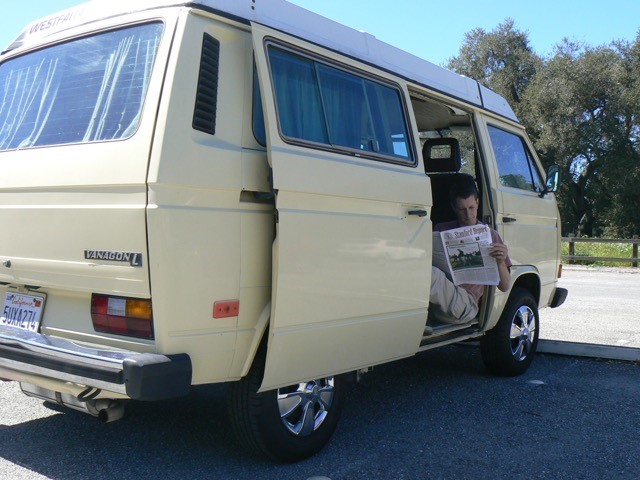 Solving the Information and Creativity Challenge

Too Fast To Think Podcast: Are You Ready to Reclaim Your Creativity?