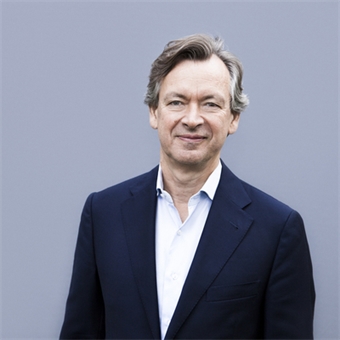 What does Gucci's recent decision to ban fur mean for the brand?

Recently, Marco Bizzari, Chief Executive and President of Gucci announced that Gucci was banning the use of fur in its products, which he said was out-dated, before adding “I need to do it because [otherwise] the best talent will not come to work for Gucci.”[i]

It’s quite an emphatic claim about the ethical choices a brand has to make to be an employer of choice, but is it credible? I think it is for a number of reasons…

Millennials, who make up a significant core of the workforce, are strongly influenced by whether their employer adopts responsible business practices.

They want to work for an employer who not only talks about corporate social responsibility (CSR) but also integrates it into everyday decisions – like not using fur.

The fact that several of Gucci’s cohort, such as Stella McCartney, Ralph Lauren and Armani are fur-free, means that the brand is at a potential disadvantage when it comes to battling for the ‘best talent’.

Employees’ sense of identity is influenced by how they perceive a brand is seen by others.

Many years ago, I interviewed a long-standing Nike employee and asked him about the impact of the negative reporting on its labour policies in Asia. He noted that it wasn’t consumers that were so much influenced, as employees. Neatly, he said that people had come to Nike thinking they were working for the Robin Hood of corporate America and then it seemed they were working for the Sheriff of Nottingham.

In other words, we want to be on the right side (as we see it), not least because the way our peers see our career choices, matters to us.

The highly networked nature of brands means that employees and customers (and other influencers) are exchanging views, online and offline, all the time.

As an employer, you can try to instruct your employees as to what they should say and do, but in reality, any idea of control is illusory. People will share their ideas and express their opinions as they think fit – which means it makes sense to have policies as a business that employees feel comfortable supporting – and hopefully promoting with enthusiasm.

As the researchers Christoph Burmann and Rico Piehler make clear from their extensive research into the brand role of employees, brand value can only be delivered by aligning employee behaviour with the brand identity and promise. When a brand does this well you can generate four inter-linked brand outcomes: understanding, identification, commitment and brand citizenship behaviour.

The last is a complicated idea, but includes helping behaviours, brand enthusiasm and a willingness to support brand development.

So, is there any danger to Gucci’s stance? It might alienate some customers wedded to buying fur-lined Gucci loafers, but it’s difficult to imagine this would be significant.

It could also be seen as tokenism, but Gucci is committed to other CSR initiatives, such as its focus on employment diversity. Equally, the approach integrates with Gucci owner, Kering, and its increasingly principled approach towards sustainability.

Successful brands need to stand up for the things they believe in and that resonate with employees and customers. Giving up fur strengthens Gucci’s brand position and demonstrates the central role that employees play in helping to design, and deliver, the brand.