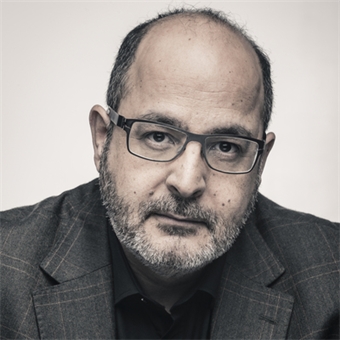 You survived the Holidays’ brand blitz of your primary senses: sight, sound, smell and touch designed to make you buy, buy, buy - often even without your conscious awareness of being manipulated.

A new year means the clock has been reset to countdown to Black Friday and White Christmas 2015. In between then and now, here’s a brief Brand Psychology primer on how to spot seasonal sensory selling tactics.

Almost 50% of your brain is concerned with visual processing.

Seeing a logo, your eyes signal the fusiform gyrus, part of largest section of your brain (the cerebrum). It handles things like facial recognition and spotting differences between familiar objects. (For example, brands of cola).

More than half of consumers around the world prefer to buy new products from a familiar brand than switching to a new brand. In fact, according to a 29,000-person Nielsen study, at first glance unrecognisable brands may even activate parts of the brain (the insula or insulary cortex) linked to negative emotions.

Overexposure to a seasonal campaign often leads to any initial sense of consumer endearment wearing thin. Just as dread heightens fear (think of a roller-coaster ride in which each twist and turn brings you closer to the prospect of a sudden drop) so overexposure to sights promising distant rewards allows the mind time to dwell on associating such signals (e.g. Christmas illuminations, or constantly repeated Christmas commercials) with other related aspects–including, for many, the commercialisation of Christmas.

Timing is also why shopping events like Black Friday are successful. Once a 24-hour shopping event is over – it’s over…That’s why excessively extended sales opportunities such as furniture brand sales that continue for months weaken any urgency to buy. Time-limited events also address the existential fear of time running out. (I discuss the Freudian implications of this in my forthcoming book Brand Psychology published by Kogan Page).

People are naturally predisposed to making judgements through informed comparisons including aspects such as time, shape, cost, quantity, size and general value. Over the Holidays, evaluating shapes could have encouraged you to have overspent. For example, perhaps you decided to escape the spectre of turkey leftovers by going to the cinema? Maybe you fancied some popcorn from the foyer? You could have either bought a small tub for £3 or a large tub for £7. Which did you take? (Given the wide price gap between the tubs, I guess you opted for the £3 size!)

Want to sell your home? Brew a coffee or bake some bread. Want to sell a luxurious sofa? Invest in leather-scented air freshener. According to the New York-based scent marketing agency Sixth Scents, people remember 35% of what they smell, compared with only 5% of what they see, 2% of what they hear and 1% of what they touch. This is because the olfactory bulb (located in the forebrain) is linked to your mind’s seat of emotions: the limbic system where often nostalgic feelings are processed.

Research conducted by neurologist Dr Alan Hirsch showed that 84% of consumers were willing to pay $10 more for a pair of Nike sold in a light floral-scented room than for an identical pair presented in an unscented room.

Bloomingdales reportedly uses different scents by department: coconut in swimwear, lilac in lingerie and baby powder in infant wear. Reportedly, retailers like Hugo Boss introduced ‘olfactory logo' (OL) in their stores. (Boss’s OL is reputed to feature musk with a hint of citrus).

Like smell, sounds are evocative. Take music. It can trigger the release of the neurotransmitter, dopamine. In addition to helping manage the brain's reward and pleasure centres, dopamine helps control movement and emotional responses.

To enhance a sensation of quality brands selling products like fine wines, high-end cars or even private health services could consider broadcasting classical music. The gentler the music, the longer a consumer sticks around - and hopefully the more they spend. On the other hand, the faster the music, barring youth markets, the less time a consumer will take in making decisions and the sooner they will leave. (Ideal for fast-food restaurants).

According to the Harvard Business Review, when it comes to haggling over luxury items like cars, sales professionals who invite buyers to sit on a hard chair are offered 28% less for a vehicle than consumers on cushioned seats.

Apple is another brand attuned to the marketing advantages of touch. ‘One-to-One’ Apple trainers coach consumers to solve technical solutions for themselves. This touch-approach boosts consumer confidence and promotes brand allegiance. Consumers are also encouraged to ‘touch and try’ devices displayed at angles designed to invite customers to reach and adjust products according to personal preferences.

Christmas puddings and mince pies are heavy in fats, sugars, and starch. Such comfort food ingredients trigger part of your brain’s pleasure/reward centre (also known as the nucleus accumbens) to release the pleasure-causing neurotransmitters serotonin and dopamine.

The nucleus accumbens is intimately involved with several important brain regions including the brain’s motor system (striatum), limbic system (the emotion and learning centre) and prefrontal cortex, that deals with finding solutions, planning and decision making. Tackling a wide range of environmental stimuli, from responding to mince pies, to a good looking man/woman eating it with a coffee in Starbucks, the nucleus accumbens is particularly involved with behaviours crucial to survival (such as eating or sex).

Once again, I explain the specific brand implications of such areas in my forthcoming book.

The vast variety of mince pies over the Holidays probably left you over-filled and overwhelmed. In the States, some traditional grocery brands encourage more and more choice. Their Christmas puddings and pies feature different fillings … bakes … toppings… pastries…. styles…sizes…

Addressing the ‘Narcissism of Tiny Variations’, such choice is aimed at obsessive consumers whose picky adult choices are as pedantic as their tantrum driven childhood demands.

Contrary to popular belief, for the majority of consumers, greater choice invariably leads to deeper dissatisfaction. This is because, when confronted with a very wide selection, the brain not only has to figure out what it wants but also must deal with the sense of feeling that an alternative choice could have turned out to be better.

To tackle this angst, brands selling Christmas puddings or mince pies could turn to a well-established, two-pronged PR strategy designed to engineer public opinion. Here’s how it works: A panel of experts and ordinary consumers conduct taste-tests. Next, a rumour is spread that the brand has virtually sold out of best tasting puds or pies. (Often the rumour becomes reality). Result: “I heard that the best mince pies this year come from X-brand supermarket. With a bit of luck, my local store will still have a few in stock, I better hurry and buy some.”)

In keeping with this, during Christmas 2014, one supermarket’s advertising suggested that ‘those in the know’ buying their specific Christmas fare not only saved money, but won over the taste buds of Christmas dinner guests who naturally assumed that the quality of the sophisticated meal suggested the ingredients must have been bought from a highly priced competitive brand.

A Sense of Giving

Finally beyond receiving presents, Christmas is marketed as the season of goodwill; a time to feel a sense of community. Each year, charity brands take advantage of a lengthy, ‘wandering’ structure in the body known as the vagus nerve or more traditionally, the pneumogastric nerve. (‘Vagus’ is Latin for “wandering”).

Extending from the brain stem to organs in the chest, abdomen and pelvis, the vagus nerve governs a range of reflexes, including digestive and some say, even disease inflammation responses.

It is also responsible for that dull, slightly tugging feeling you sometimes get in the chest when witnessing suffering or unfairness. The higher the nerve’s response, the greater the sense of common compassion towards social, ethnic, political or cultural groups. (The precise degree of compassion felt towards others is influenced by presumptions about the person who is suffering,based on available knowledge).

Tugging at the heart-strings alone isn’t enough to part Christmas consumers from their coins. Research published in 2011 in the Journal of Experimental Social Psychology discovered people stepping off the top of an escalator at a US shopping mall were more likely to donate to a charity collector than those who had stepped off the bottom of a downwards travelling escalator. Researchers suggested that people may have had a metaphorical sense that their contributions helped people rise up – rather than be reminded of the future being down.

In conclusion, this little brand sensory primer will prepare you to recognise the difference between what your heart feels and your mind wants.