How Digital Technology is Transforming Customers of the Future 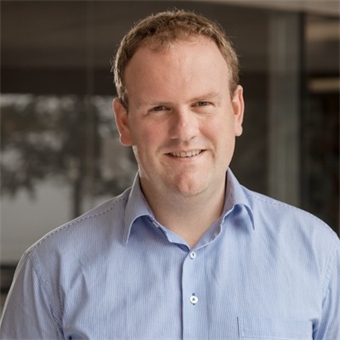 The technological developments that have come into our world over the last decade have already made it difficult to imagine what our day-to-day lives would look like without mobiles, internet connectivity or navigation systems. The ever-increasing possibilities of technology have already changed how we behave as consumers, and over the next few decades, I believe technology will become our sixth sense in the true sense of the word.

From mobiles to wearables, to implants

It is alarming to think that for most people, a mobile phone was the first thing they touched in the morning and probably be the last thing they touched before going to sleep. Statistics show that people look at their phone every six minutes, so it is no wonder that mobiles start to feel like extensions of our bodies. Have you ever noticed how inappropriate it feels when someone else handles your phone?

The next level of this is wearable technology, and two categories of wearable devices have already started to develop. The first is mainstream wearables like smart watches or fitness trackers that offer several rather mainstream functionalities and provide data about your own life and health. This is a case where technology really is becoming a sixth sense, improving our health with better, real-time data. The second category is wearable devices that solve very specific, niche problems. Health care is a big sector for this, such as a reading ring for people who suffer from blindness. Again, this is a case where technology really does act as a sixth sense.

The logical progression could be technology becoming an actual part of our body. We have recently been seeing more and more practical examples in a very niche group of people, but there are more ‘mainstream’ examples on the way as well. Bill Gates is funding a birth control chip that will be implanted in the female body to eventually replace the birth control pill. This might already sound strange, but the fact that the chip will be controlled by an app will sound even more outlandish – and Bill Gates hopes to launch this device by 2018, just 3 years away.

Does technology improve quality of life?

The risk with wearable technologies is that people will invent them just because they can, dealing with “problems” that we really don’t need technological support for. Successful wearables will focus on solving a specific problems or improving a specific experiences, and if technology can enhance quality of life is a great idea.

I believe technology will become more and more of a sixth sense for all of us, with the added bonus that we will each be able to personalise devices and choose our own solutions based on the issues and desires we have.

What does all this mean for business?

The growing mainstream adoption of technology and increasing possibilities will inevitably have a major impact on the customer relationship of the future. In just the last few years, the development of exciting new technologies has already raised the level of consumer expectations significantly. Think about what we have come to expect in terms of speed or user-experience, and these two things will become expected as standard for household every day.

The key challenge for companies how to keep a strong “human” relationship with customers, but prevent them seeing the brand as ‘old’ because it has been slow to adopt new technology. The market as a whole evolves faster than the average company, so even the biggest businesses must increase the rate of evolution if they are going to keep the consumers of the future happy. After all, they now have an ever-improving sixth sense!

About the author: Professor Steven Van Belleghem is author of The Conversation Company and The Conversation Manager, and his new book, When Digital Becomes Human, will be published by Kogan Page in April 2015.

Is ChatGPT the Future of Marketing?

What is B2B Social Selling?