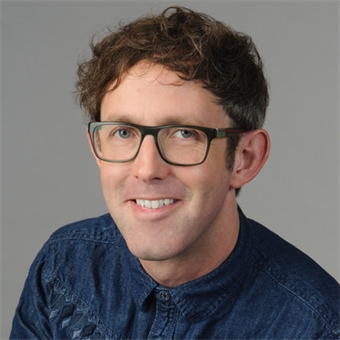 Traditionally in business, we see failure as a bad thing. If we fail, it’s over. When we fail at work, we feel stressed and it creates a negative impact on everything from profit to morale. Success is the holy grail.

It’s one of those inexplicably adult views that have found their way into common practice from nowhere and, thankfully, it’s starting to be eroded. Think back to childhood. How often did you try something, mess it up, learn from the failure, then try again? It’s how we learned to walk, to talk, to understand. It was part of our journey to human success, so it’s only logical that trial and error should be part of our journey to business success. Given the pace at which customer expectations are evolving today, it may just be necessary.

Design thinking is now becoming more and more ingrained into every organization and its way of operating. This is a cyclical process of understanding a problem, thinking about then designing a solution, prototyping or creating a minimum viable product or service, then testing with real users. By constantly gathering real user (customer) feedback, the solution can be tweaked and modified, iterated constantly to meet the demands placed on it.

Design thinking is trial and error in practice and instead of viewing failure as a negative outcome, it becomes a hugely positive part of the learning process and a tool for creating business success by reinforcing the link between people (customer/ employee) and organization. It’s become more and more prevalent in the product lifecycle with the iPhone leading the way in iteration over full line replacement over the last decade.

The great thing about small failures as learnings are that they stay small. A feature that doesn’t work can be tweaked at the next iteration, an unused one removed. It’s a fluid state that works towards constant improvement through learning. Each time your mobile phone apps update, they are iterating, based on user feedback.

It’s nothing more than logic -  give people what they want at all times, but it hasn’t always been so straightforward. In the pre-iteration age, do or die was the way. When a business goes all-in on something, catastrophic failure is a far higher risk. One of the all-time greats is Iridium, a Motorola-backed Satellite phone company started in the 1990s. In the time it took Iridium to develop, the cellular phone network advanced enough to make it irrelevant due to offering a poorer service at a far greater price. There was no connection with potential customers and having burned $5bn attempting to build and launch the network, it folded, defaulting on $1.5bn of debt on the way.

Connecting to the customer and iterating through embedding design thinking into your organization is not only straightforward business common sense, but a great way to build your platform and create a connection between organization and people. Incremental failures are a positive thing that should be celebrated, because they form the learning path to the future. Try something today – what’s the worst that can happen?